The D.C. area got nearly a month’s worth of rain in 1 hour 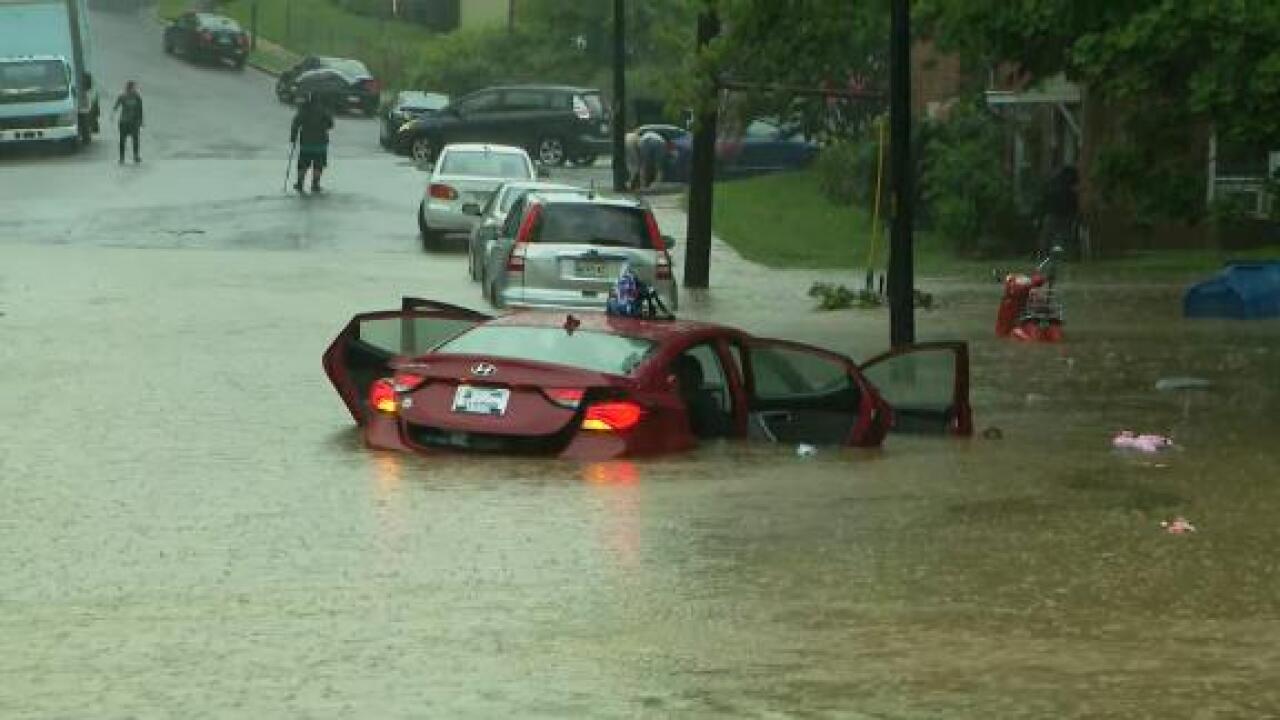 Almost a month’s worth of rain fell in just one hour in Washington D.C., Monday, bringing a halt to the morning rush hour.

The National Weather Service classified the line of storms in the nation’s capital as a once-in-100-year event.

Between 9 and 10 a.m., 3.30 inches of rain fell at Reagan National Airport, just .43 inches shy of the monthly normal. As the rains stopped, amounts totaled higher than 4 inches across the D.C. metro area.

The downpour triggered a two-hour flash flood emergency for the metro region, which is more serious than a flash flood warning.

Videos of the flooding around the National Mall surfaced across social media. Many streets were turned into rivers, and crews brought out boats to rescue people stranded in their cars.

The view of what I was turned around to go back to on Williamsburg Blvd & Westmoreland in Arlington. Williamsburg was like a river, washing trash and recycling bins down the street and piling up against parked cars. #arlington #fallschurch @capitalweather pic.twitter.com/wVz3Gois27

Scary exit from the parking garage under the Capitals Ice Rink / Ballston Commons Mall in Arlington. The bottom level is a River! ⁦@WTOP⁩ ⁦@WTOPtraffic⁩ ⁦@ABC7News⁩ pic.twitter.com/exleKNbpEw

This is Baker Park in Frederick, Maryland. The park is completely flooded. (Courteousy: Gretchen) #flooding #Frederick

Jeff DuVal, a deputy director of the Department of Transportation & Environmental Services in Alexandria, Virginia, told CNN the flash flooding closed several roads. Officials warned motorists to stay off the roads due to the flooding.

According to the National Weather Service, most flood deaths occur in vehicles. Public service announcements remind people that if they approach a flooded road, to “turn around, don’t drown.” It only takes 12 inches of rushing water to carry away most cars.

The rains were so intense Monday that water broke through the ceiling of a Washington Metro underground station.

The forecast calls for sunny and dry conditions over D.C. for the next two days, with rain chances returning on Thursday.