Medics coping after bloody attack at plasma center: ‘It’s the stuff nightmares are made of’ 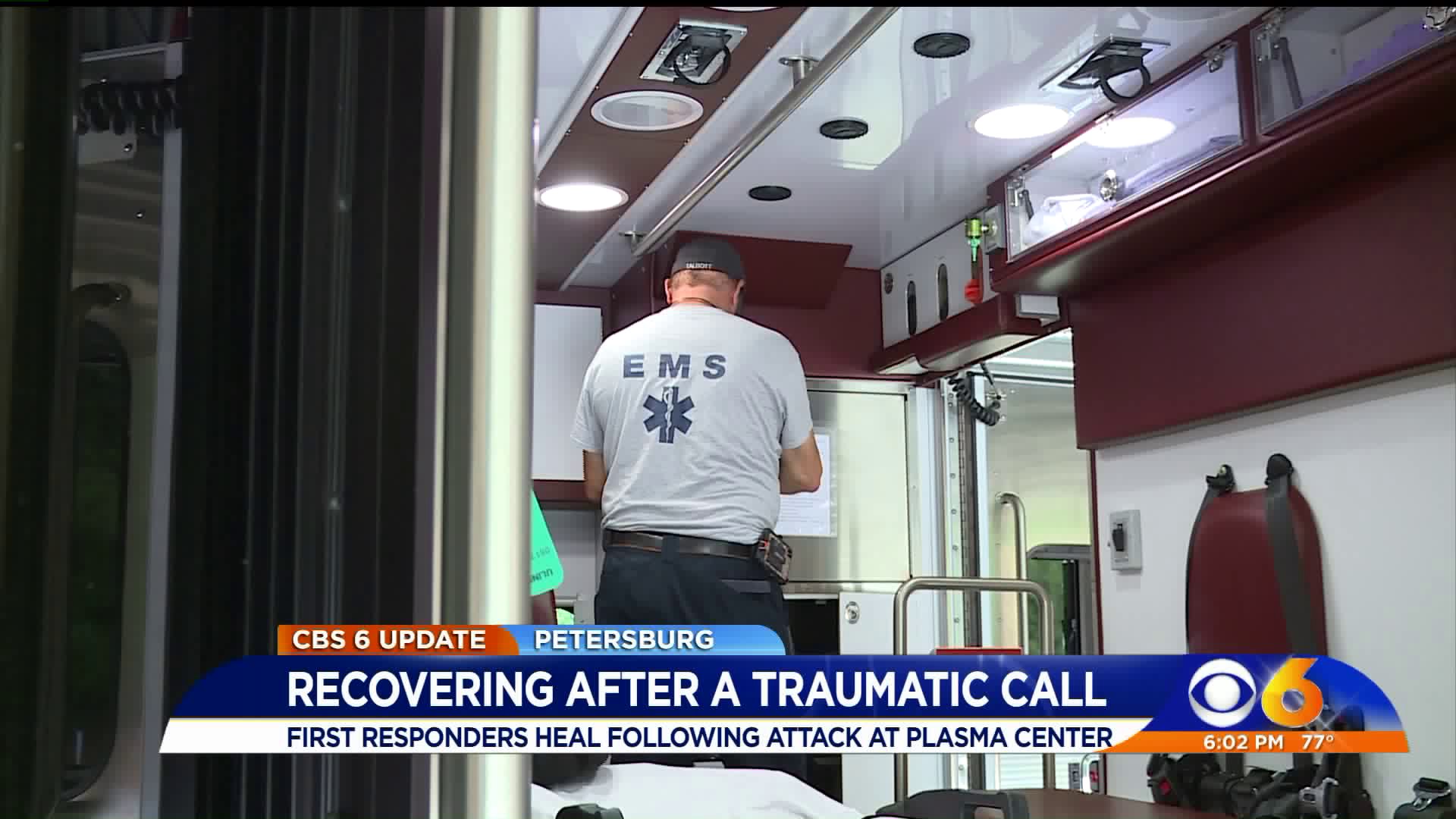 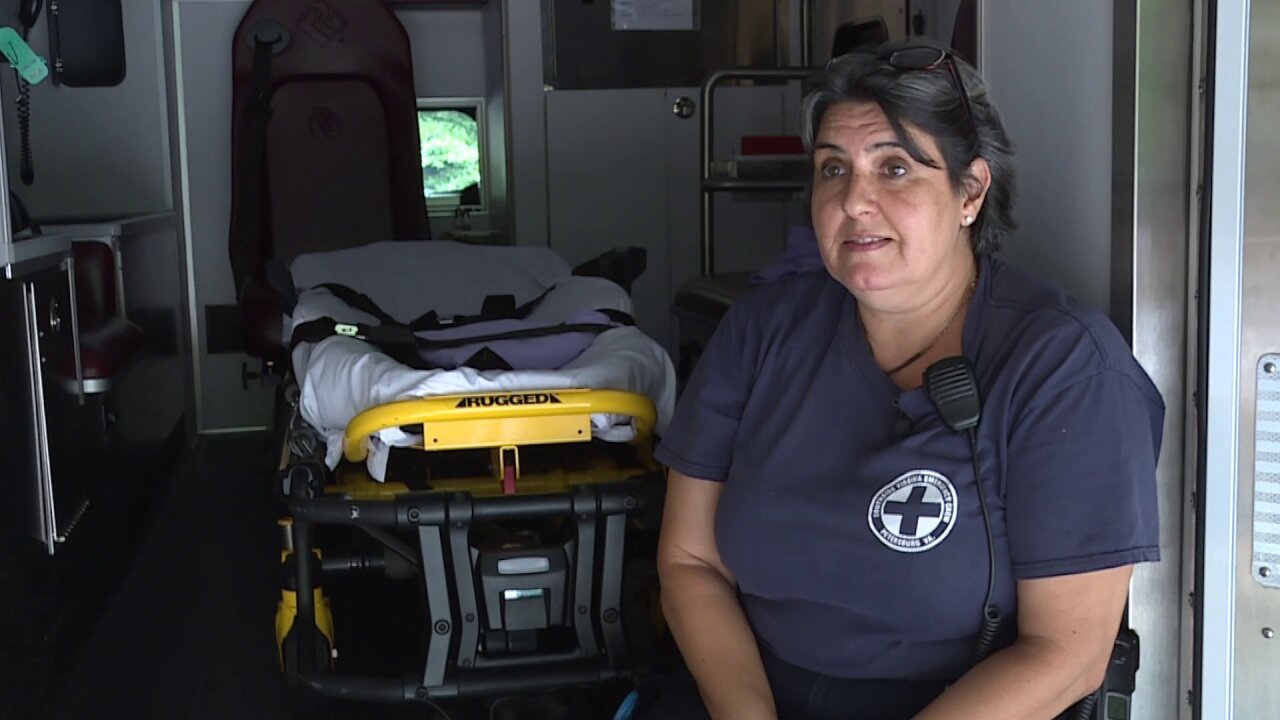 PETERSBURG, Va. -- Six medics with Southside Virginia Emergency Crew (SVEC) made their way inside the Octapharm Plasma Center on July 4th. The carnage inside makes it a day they won't forget, but new ways to deal with that reality are helping them get past what they saw.

"It's the stuff nightmares are made of," said Maria Crafton, a BLS Provider with SVEC.

"It was like walking into a horror movie scene," added Captain Mark Talbott.

Jairque L. Shannon, 20, of Petersburg, is accused of using a "cutting instrument" to stab several people at the Octapharma Plasma center in the 2000 block of Sycamore Street.

Walking through the front door, the pair both agree it was chaotic but once inside it was everything they had trained for.

"If it hadn't been for the training, it would not have been as easy to process," said Crafton.

And Crafton says there was a lot to process.

With the graphic images seared into the minds of medics, they have to find ways to cope.

"I journal, I talk to my Captain, I talk to other people who have been on the scene. I have a Pastor I talk to and that's how I handle things," said Crafton.

Captain Talbott made sure everyone on scene with SVEC talked when they got back to the crew building.

"You cannot hold it in, you can't take it home with you, it will kill you if you continue to harbor it," he said.

Captain Talbott says crew members can call or text him day or night, understanding how important it is to talk whenever a medic is ready.