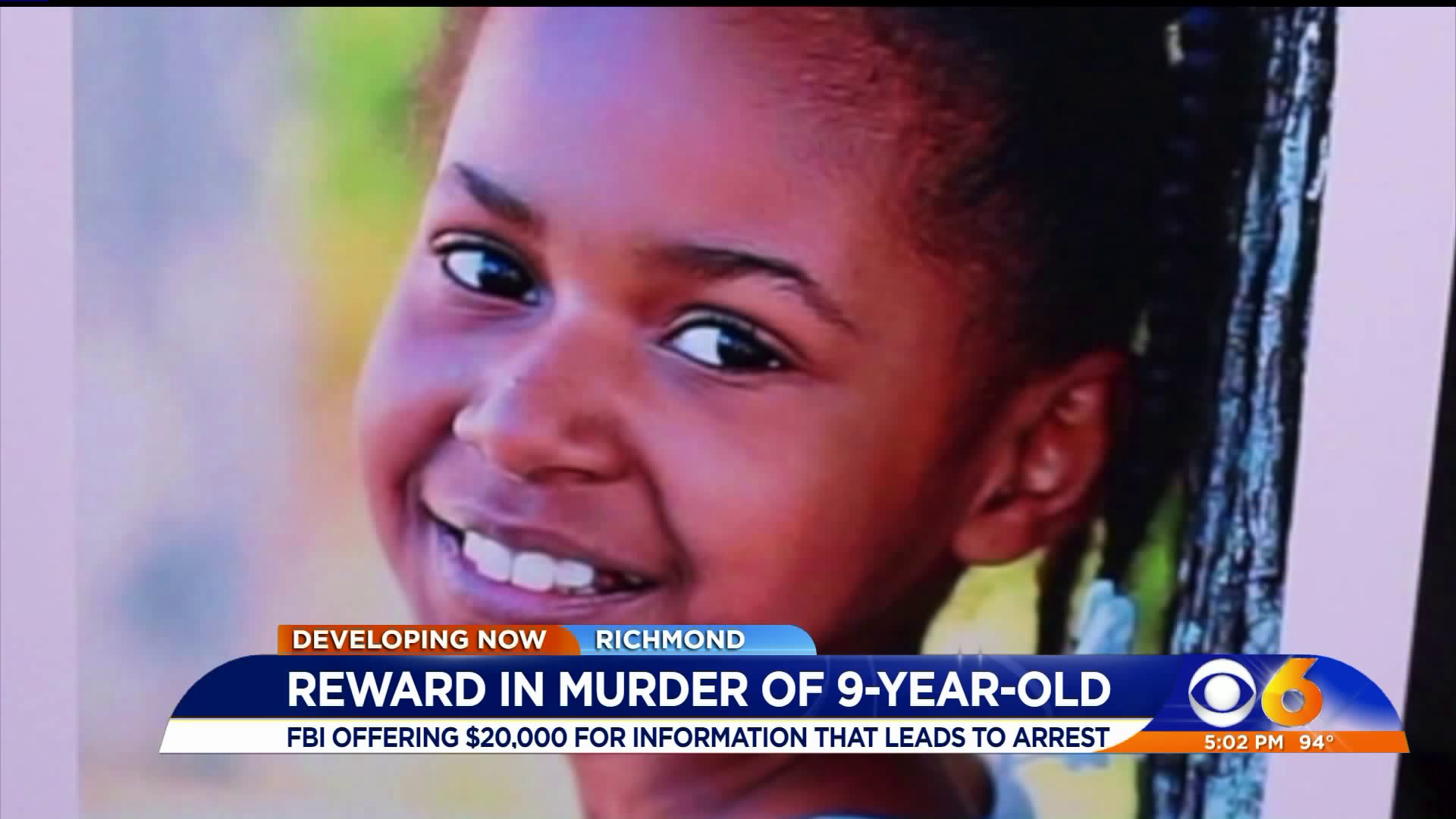 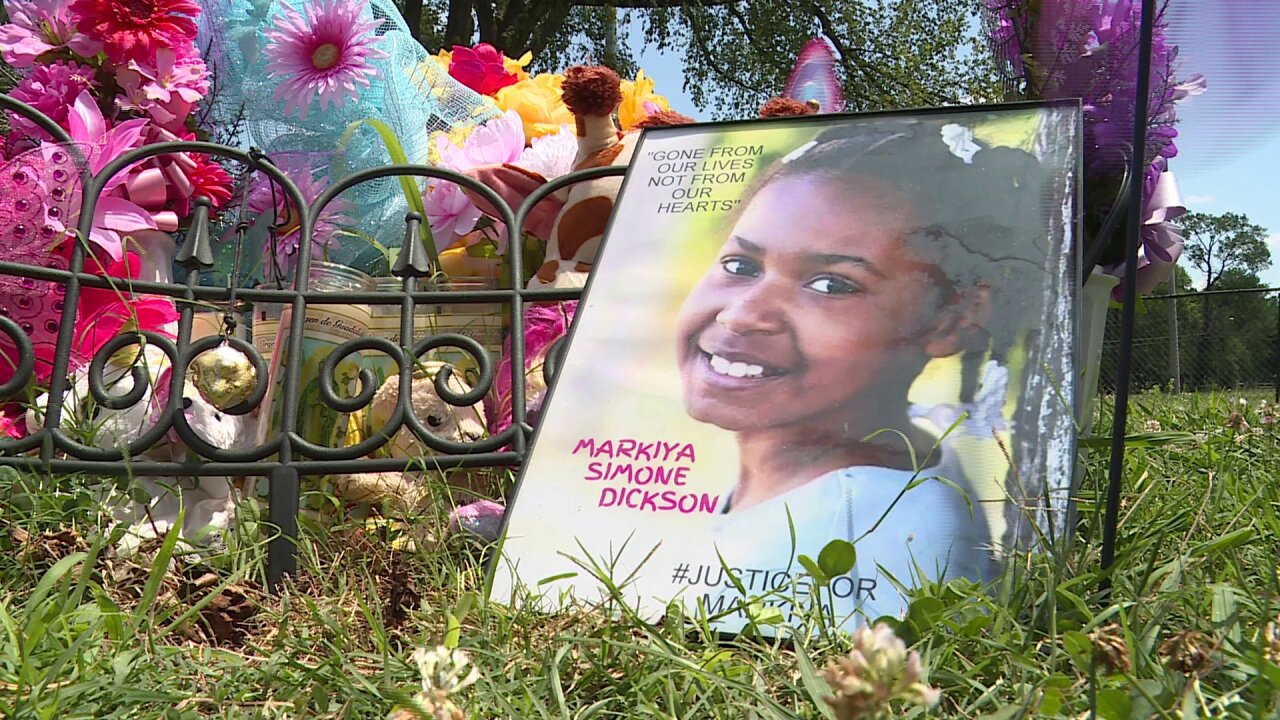 RICHMOND, Va. -- The family of Markiya Dickson, the 9-year old innocent bystander who was killed when a shots rang out at a Richmond park, is hopeful the $20,000 reward offered by the FBI in their daughters case will lead to an arrest, but they find it “sad” that it took money for eyewitnesses to do the right thing.

"It’s sad it had to come to this point because at this point, the way I feel, you’re protecting a child killer,” said Ciara Dickson, Markiya’s mother.

"Whoever did this, whoever knows somebody that did this, please just come forward, talk,” said Mark Whitfield, Markiya’s father.

Walking around Fonticello/Carter Jones Park brings forward painful emotions for Markiya’s parents.  Their nine-year-old girl was shot and killed while she played at the park on May 26.

"I’m the one that picked my baby up off the ground. In that same exact spot. I close my eyes and see those images, every day,” Whitfield said. "I got two babies sitting right here when I should have had three. We got to live with that for the rest of our lives. Can’t nothing change that. Nothing.”

"When we’re driving, and I look back in the backseat and I don’t see my monkey in the middle anymore.  It hurts,” Dickson said. "Put yourself in our shoes.  How would you feel if you were in this situation? You would want somebody to speak.”

Police believe the shooting stemmed from a fight that broke out in another section of the park separate from the neighborhood cookout Markiya’s family was attending. Investigators said they believe multiple people fired shots that day based off video and other evidence already provided by multiple community members.

"What we’re asking for today is an eyewitness. We need an eyewitness to come forward and link together all of the pieces that we have,” said Lt. Faith Flippo, a detective with RPD. "It’s heartbreaking to know that we don’t have one person that says, I’m the one that took that video and I saw that person with the gun shooting it. That’s what we really need.”

Anyone with information for the FBI was asked to call 804-261-1044. Witnesses can also contact Crime Stoppers at 780-1000 or call the Richmond Police Department directly.

Officials said the safety of those who provide helpful information to investigators is a priority for the department.

Markiya's family said they are “shocked” by the amount of support they have received from people both near and far. They chose to continue to share their pain with others with the hope that someone will see it and allow their tragedy to spark real change in someone else.

"Once you pull out a gun, it changes the whole narrative. It’s not a fight anymore; it’s a funeral. It’s somebody losing a child. Somebody momma’s crying. Somebody’s dad crying,” Whitfield said.