For nearly 40 years, the ‘Marble Man’ has made a career out of handcrafted games 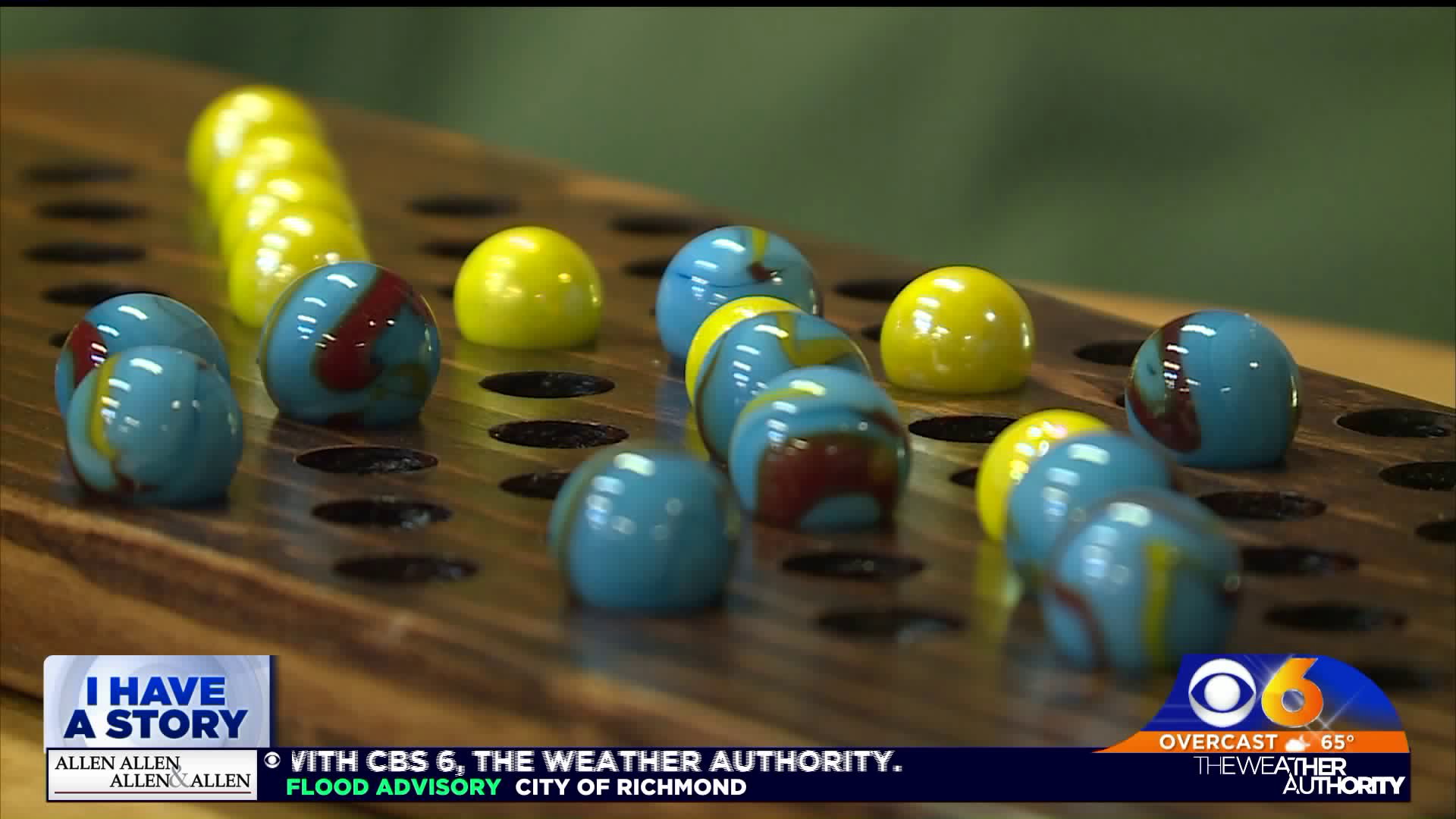 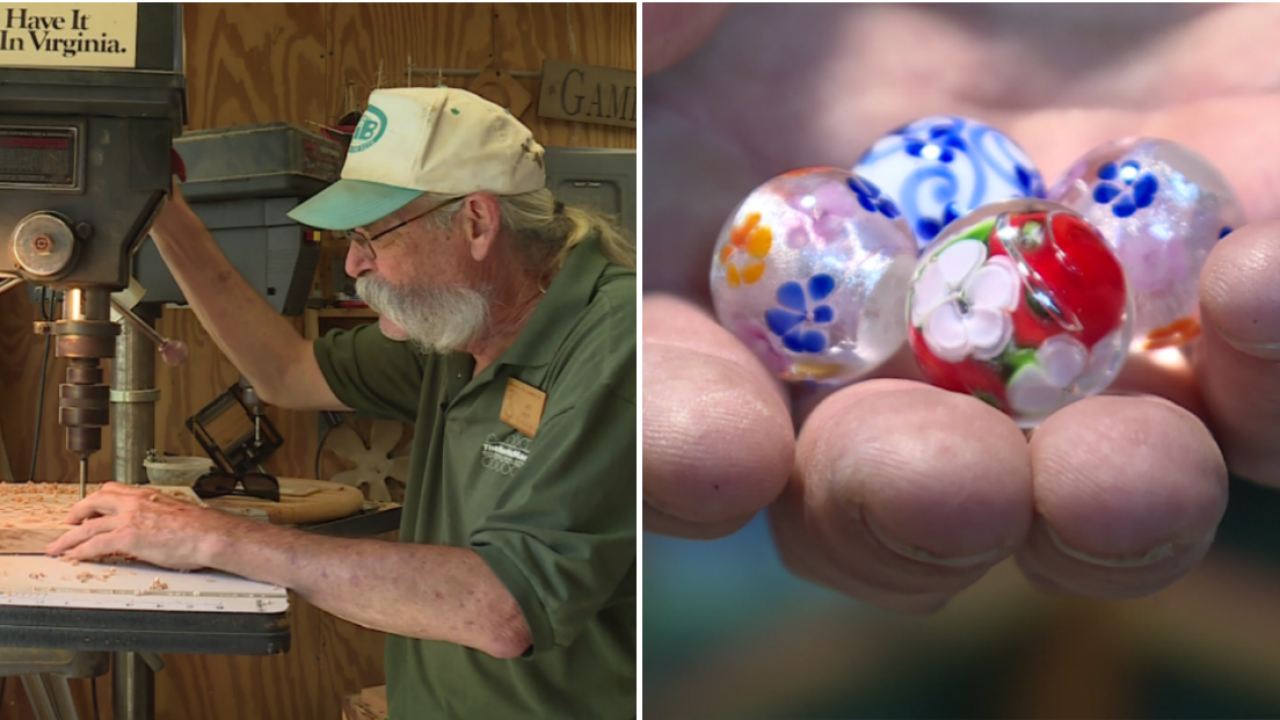 CAROLINE COUNTY, Va. -- Jack and Sue Hahn pass the time the old-fashioned way, with a game of Chinese Checkers.

“We are good competition for each other,” says Jack. “We play pretty regular.”

The Caroline County couple enjoy a well-rounded relationship. Their passion? Board games. Especially this one. It’s a Jack Hahn original.

“If you asked me how many Chinese Checker boards I’ve made? Thousands,” says Hahn.

The 68-year-old is all business when it comes to fun and games. The New Jersey native is known simply as one thing.

Jack’s career is, well, on a roll.

“They last forever,” says Hahn. “Well, I figure everyone that goes out into the world is my legacy.”

Jack handcrafts thirty plus marble related contraptions. In the age of e-sports and mobile apps, the simplicity of marbles still attracts legions of players.

“Well, here you need two fingers to play. You need to pick up the marble,” says Jack.

Jack takes his craftsmanship to another level.
“I can’t tell you how many people come up to me and ask me if I’ve lost my marbles. I say, ‘No. I take them for granite,’” Jack joked.

The Marble Man has been perfecting his craft for nearly forty years.

“It's your basic Mom and Pop business,” says “I have a saying everyone collects marbles. Some people know they do others don’t know they do.” 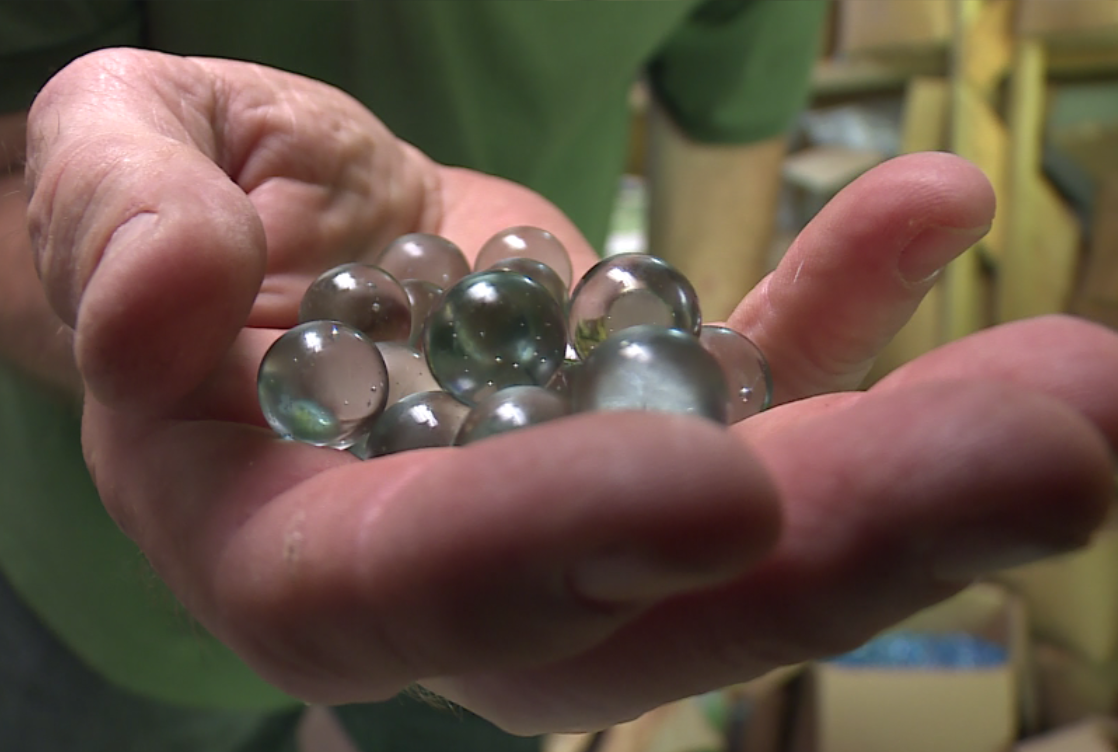 Selling his wares at craft shows up and down the east coast.

“I’m the only guy on the whole show circuit that is doing what I do,” says Jack.

Sue Hahn is The Marble Man’ other half.

“Our booth usually attracts a crowd,” says Sue Hahn. “This is my version of Chinese Checkers. I hand paint the boards.”

Sue says older customers are introducing board games and marbles to younger generations.

“They want to get the kids away from the computers,” says Sue. “They learn to think with their head rather than with their fingers.”

Jack is certainly living up to his nickname. The garage strains under the weight of his first passion.

“This is where we have three walls floor to ceiling in marbles,” says Jack. “Easily five tons.”

It's not a Marble Museum, but it's close.

In the Marble Universe Jack is well-respected. And who better to officiate the National Championship than the Marble Man?

“I don’t mind. It’s a good moniker to have. Its better than some of the names I’ve been called,” says Jack. “I’ve been promoting marbles for 38 years. Its been a good run. I can’t complain. Its been a fun thing.”

The Marble Man’s hand made Chinese Checker boards run about $60. Classic marble runs sell for about $120.

Jack will be packing up and heading to the National Championships in a few weeks where the Marble Man will be taking his place as a referee.

If you know of someone with an interesting story to tell email me gmcquade@wtvr.com