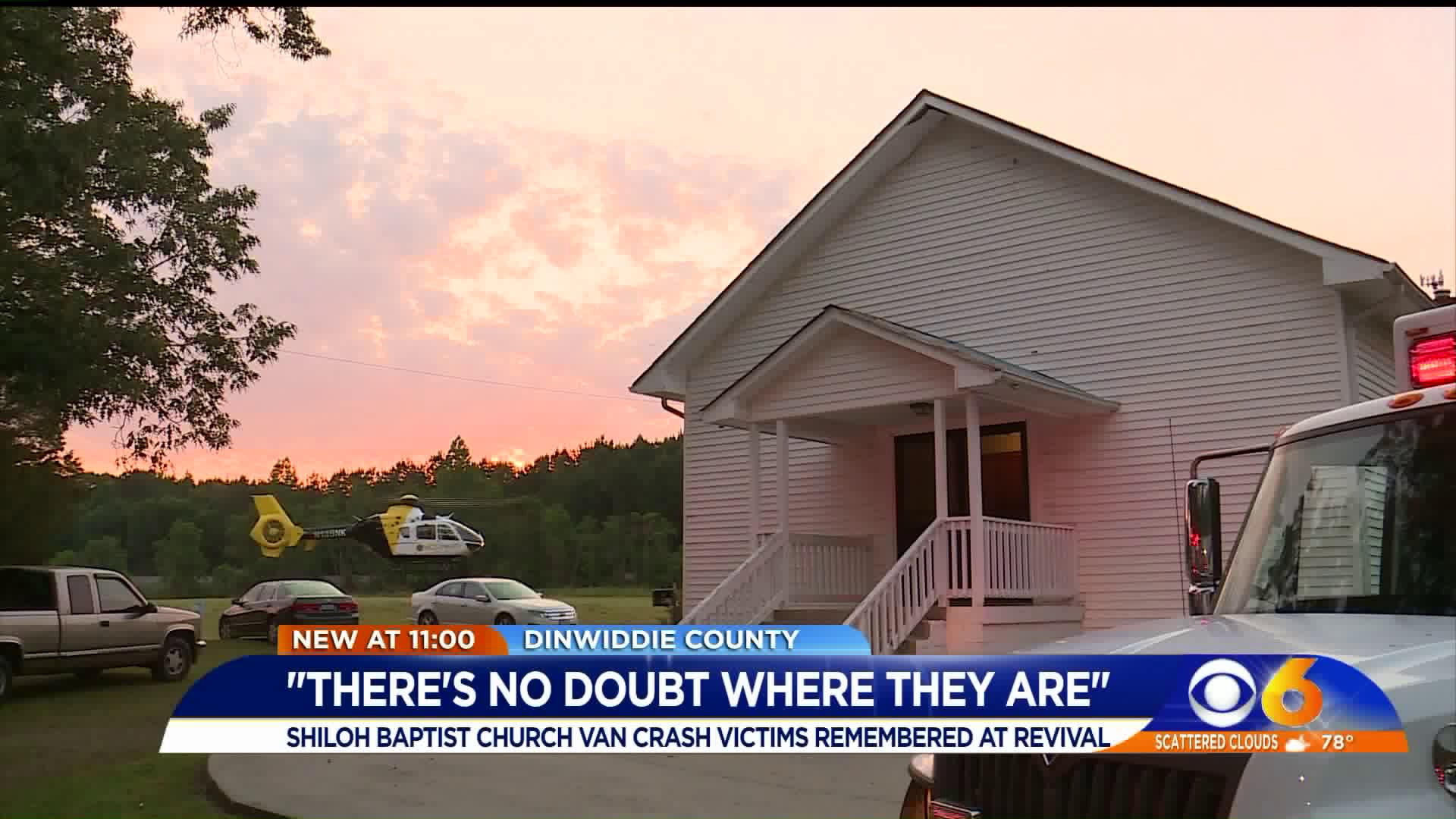 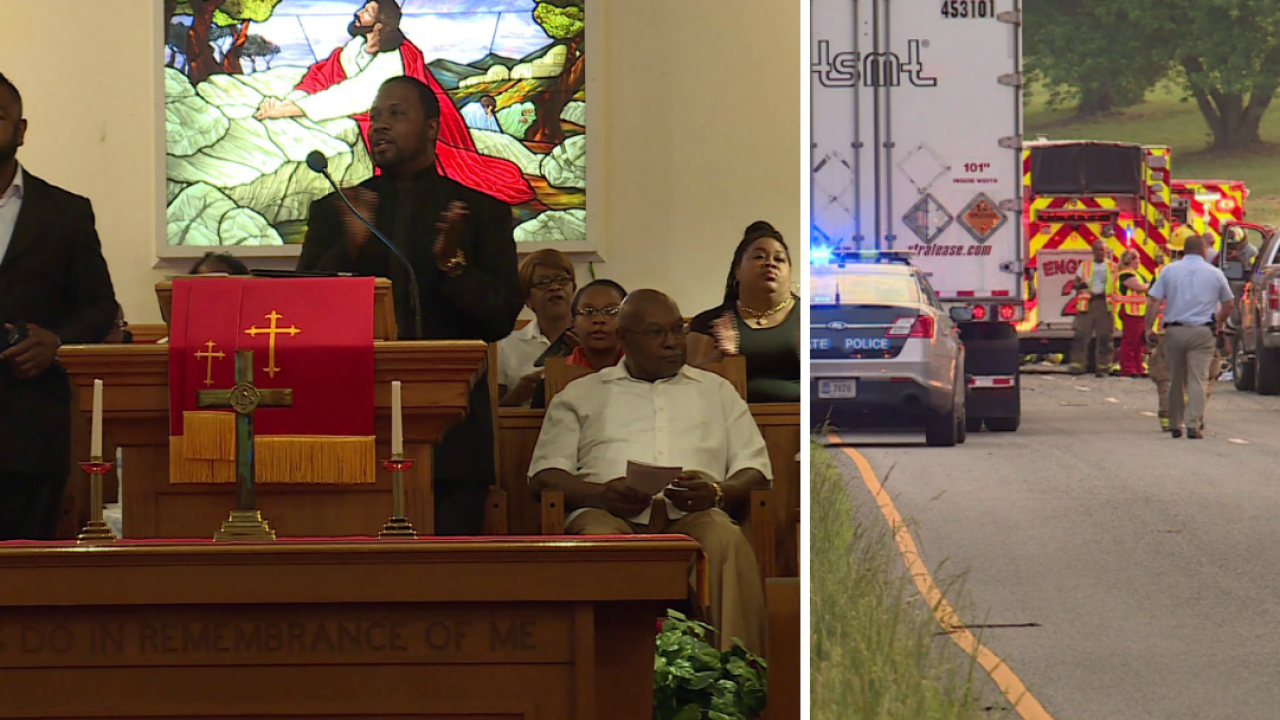 DINWIDDIE COUNTY, Va. -- While three Shiloh Baptist Church members continue to recover at VCU Medical Center, revival services rolled on at Mount Zion Church in Dinwiddie, the same church they were headed to as a Ford-450 slammed into the back of their church van.

It was a revival all about remembering.

"I don't know about you, but I feel good right now," said a deacon at Mt. Zion.

Fellowship began Wednesday night at Mount Zion after what has been two nights of emotionally draining drama outside their front door.

Tuesday night, a church van carrying 11 Shiloh Baptist members from Blackstone was hit from behind by a large pick-up carrying metal on a trailer.

Wednesday, the lights flickered and eventually, the power went out, but angelic voices only got louder and louder, as if to say. they would not be deterred from rejoicing.

"Their lives on earth were taken glorifying his name,” said Blackstone Mayor Billy Coleburn. “There's no doubt where they are today.”

Three more with serious injuries remain at VCU Medical Center and an entire small town community grieving the losses while vowing to help the injured recover.

"I'm gonna tell you the god’s honest truth: I didn't know any of them had passed,” said Mount Zion Pastor James Fields . “I was shocked when they said four had passed."

There will be a community gathering Thursday night at Nottoway High for the victims and their Families as a small town leans on each other during their grief.