Murderer Jesse Matthew gives jailhouse interview: ‘I stepped away from Christ for awhile’ 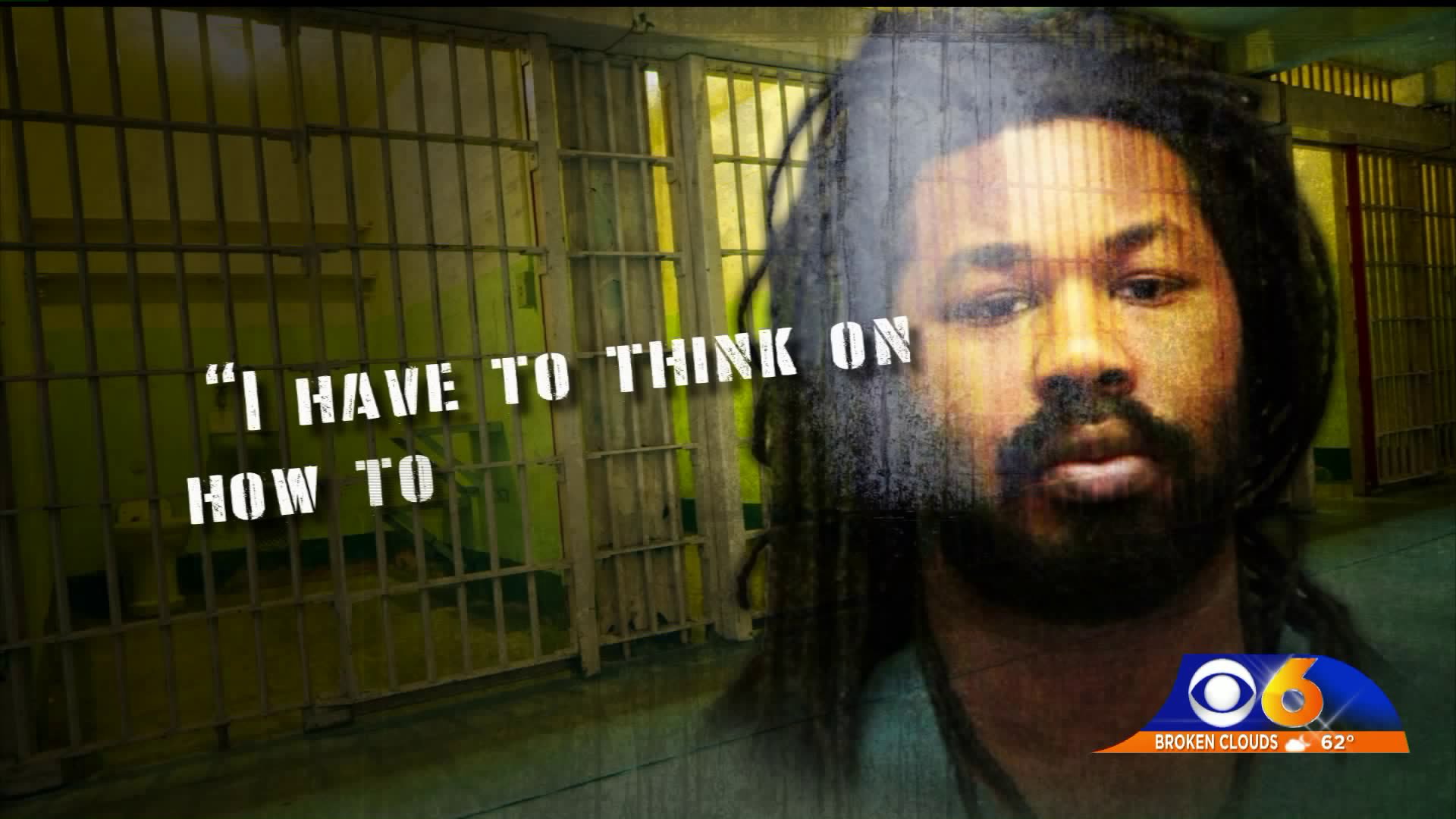 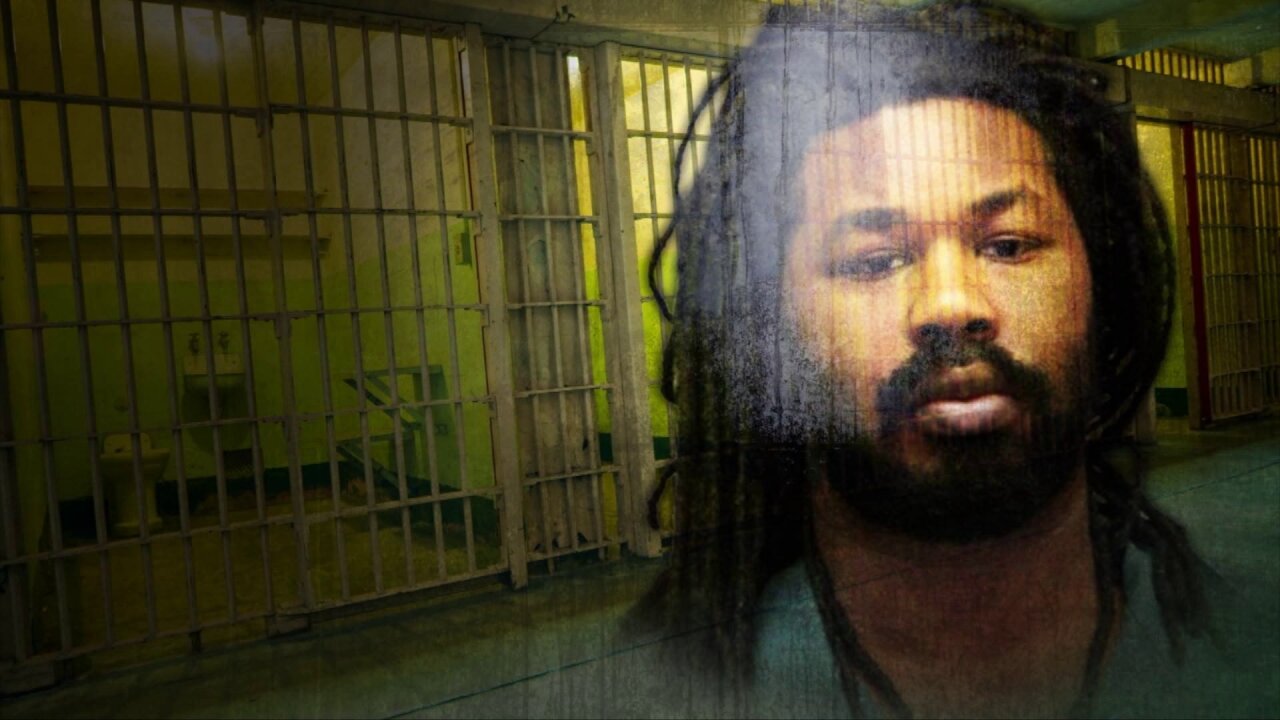 RICHMOND, Va. -- Jesse Leroy Matthew Jr., the man responsible for murdering Virginia Tech student Morgan Harrington and University of Virginia student Hannah Graham says while he doesn’t agree with the sentiment, he understands why people consider him a monster.

“With the press and with everything yeah,” responded Matthew Jr., when asked if he understands why people call him a monster.

It was one of the few questions the 37-year-old answered in phone interviews conducted with CBS 6 Investigative Reporter Laura French on May 8 and May 15.

“Some of the questions I probably won’t answer,” Matthew explained. “Some things to deal and process I am still going through. It might take a couple interviews before just to be straight up with you.”

“I just now found out that I have cancer,” Matthew said.

He wouldn’t provide any additional details about his health, but Gil Harrington -- whose daughter was abducted and murdered by Matthew in October 2009 - -said officials informed her Tuesday that Matthew has stage four colon cancer, meaning the disease has spread to distant parts of the body.

“He is contained and our mission is to ‘Help Save the Next Girl,’ so I take comfort, however this plays out. This is justice and perhaps karma."

While officials haven’t confirmed where Matthew will receive his treatment, VCU Medical Center is 43 miles from Sussex I State Prison.

It also houses a “Secure Care Unit” for inmates with medical needs, including chemotherapy. It is unknown if Matthew has already begun treatment, or how often he will need to be hospitalized.

Prior to his diagnosis, Matthew had spent more than three years at Red Onion, a “supermax” facility considered to be one of the most secure in the United States. He was taken there in March 2016, shortly after pleading guilty to the murders of Harrington and Graham and receiving three life sentences for the attempted murder and rape of a woman in Fairfax in 2005.

“The last thing you conveyed to the court on May 2, 2016, was that you were sorry and you loved your family. What were you sorry for then, and are you still now?” asked French.

“I don’t know if I can answer that question right now truthfully. Um, maybe in another interview I’ll go into (intelligible,)” Matthew responded.

“Do you feel a sense of remorse?” French followed up.

“I’m not going to answer that question right now.”

“Before we learned the name Jesse Matthew who were you?” French asked.

“I love God. Jesus Christ is the Lord and Savior and now I’m a lot closer with him.”

“Yes,” he said “Even though I didn’t practice the way I should have been practicing,” he added. “I stepped away from Christ for a while.”

“Jesse, how did you go from being at the top of your game literally to where you are today?” French asked.

“You’ve had a lot of time to think about what went wrong. Would you say that’s fair?” French asked.

“In a 12-year span, you’ve been convicted of two murders, an attempted murder, sexual assaults all of these crimes and alleged crimes happened in the months of September and October. Was there a trigger? Was there any significance to that?” asked French.

Pausing, Matthew said, “I have to think on how to talk about that."

Ahead of his sentencing in the Fairfax case, Matthew’s former girlfriend sent a letter to the judge, claiming Matthew was raped when he was a child, and explaining that she believed the assault likely played a role in the crimes he had committed.

“Would you say that letter was accurate? “ asked French.

“Yes, but I don’t want to talk about that right now," Matthew said.

French has been writing Matthew since the day he was convicted of the murders of Harrington and Graham.

The Grahams have no interest in hearing what Matthew has to say. However, French made a promise to the Harrington family to seek answers on what was missed with Matthew through the years, to assist the family in their efforts to Help Save the Next Girl.

“What would Jesse Matthew now, tell Jesse Matthew back then as an adolescent? What was missed? What you could provide to be a benefit, to mitigate risks in communities...those are the things they’re looking for.”

“If they want to speak with me, I will speak with them directly,” Matthew said.

“You do want to speak to the Harringtons?” French replied. “Yeah yeah,” Matthew answered.

The Harringtons said, they would not rule that out, however, they realize they will never get the answer as to “why.”

However, they think Matthew could provide law enforcement with a better understanding of "the criminal mind," which could help with crime prevention.

The Harringtons said they take comfort in the fact that he will never be able to hurt again.

“Containment was always our goal. We wanted to protect other victims,” Gil said. “This news about Jessie's diagnosis is relatively low impact for us. Imperative for us was that he was stopped. We have no need for retribution or punishment. Just contentment, end the violence. Remember the Dylan Thomas poem: rage, rage against the dying of the light? We know that Morgan fought as she left this world. We know that from her injuries and the forensics. It looks like Morgan is pretty fierce in the after life as well. Justice prevails. 241,” she added.

CBS 6 contacted one of Matthew’s alleged sexual assault victims ahead of the interviews.

She encouraged us to “find out all you can.” She added that “forensic psychologists and other criminologists can learn so much.”

She said she had no questions for Matthew, but said she’d “almost want to know what his reaction was to the ‘little girl’ who actually managed to fight him off and get away.”

She added she was “outraged by the futures he denied to the other young women and their families.”

CBS 6 also reached out to several in law enforcement who were close to the cases. They said that by opening a dialogue with Matthew, research could be gained.

As part of his plea in the Harrington and Graham cases, Matthew received four life prison terms without the possibility of parole or geriatric release. Matthew was arrested in late September 2014, nearly two weeks after Graham vanished from Charlottesville’s Downtown Mall.

He was captured near Galveston, Texas.

Investigators believed he was planning to leave the country.

A few days later, CBS 6 was first to report that forensic evidence  linked Matthew to both the Graham and Harrington murders.

Matthew’s DNA would also tie him to the 2005 rape of a woman in Fairfax.

“I would like to talk to you again, there’s more that I’m willing to say," Matthew’s said as his May 8 interview concluded.

In his May 15, interview, he indicated that he spoke with an attorney but that he would be in touch.

“I did want to tell you that I will contact you,” he said. “You can still try to contact me.”