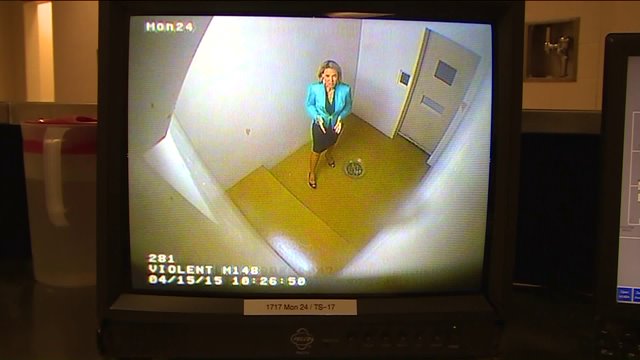 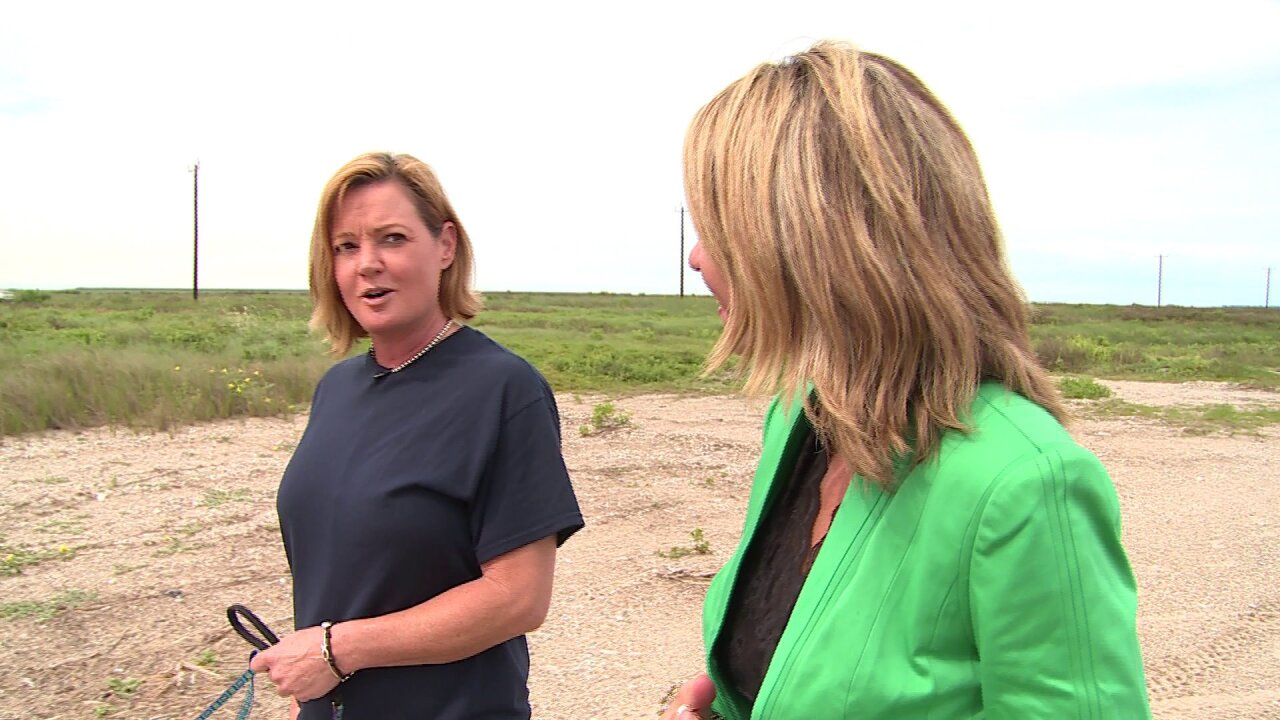 GALVESTON, Texas -- Jesse Matthew Jr. may never have gone before a judge had it not been for the actions of one quick-thinking Texan.

Texas' Bolivar Peninsula is known as the "Breadbasket of Galveston," but for lifelong Texan Karen Monk, it's her place of peace. The beach has been her home away from home since she was a little girl. She said she felt safe there, a feel that all changed the afternoon of September 24.

That day, she and her dog Hurley drove to the beach, 50 miles from her home in Sour Lake, Texas, to enjoy the sand and the waves.

"It was a beautiful day blue skies white clouds sunshine," Monk recalled. "I am sitting looking out at the water. Me and my dog eyes closed listening to music."

Her peace was disrupted when she noticed she had company on the beach. First she saw a tent, then a car. The car was headed right toward her.

"There was a little car coming my way from the left. I'm not paying any attention to him except for this car came in front of me and stopped abruptly slammed on his brakes and the fella he looked at me," Monk said. "He leans over and looks, kind of glares at me. When I looked up and saw him his facial features are unmistakable. I recognized him from the photos they had been posting on the morning news. He was probably ten feet from me and he sat there for what felt like minutes looking right in my eyes so I wasn't gonna give up."

The man in the car was Jesse Leroy Matthew Junior, the man wanted more than 1,000 miles away for the abduction (and later murder) of second-year University of Virginia student Hannah Graham.

"My heart literally probably stopped beating. I just held my breath and luckily he drove off," Monk said. "I felt like when you almost have an accident in your car you know that feeling? You almost faint, that's what I felt when he left."

Monk bravely waited patiently for Matthew to return to the beach, so she could give authorities his exact location. It would be 15 long minutes before he did and she would see to it that his 1,300-mile, four-day run from police ended.

Karen said she called Crime Stoppers multiple times, and said after they didn't take her seriously, she looked up the number to the Galveston County Sheriff's office. They told her a deputy was in route. She packed up her car, reset her odometer and drove exactly 4.2 miles to a local fruit stand where she met the officer. She told him exactly where he could find Matthew.

"The deputy went by to check things out and it seems we got a person off the streets that needed to be taken off," Galveston County Texas Sheriff Henry Trochesset said.

"He's the one who presented himself to me that was his fault not mine. Had he not stopped and glared at me like I said I just wouldn't have paid attention," Monk said.

By the time Karen drove the 90 minutes home, Matthew was in custody and being questioned by investigators.

"Actually he was very quiet. Several individuals came down and tried to talk to him and he didn't want to discuss anything with anybody," Sheriff Trochesset said.

Matthew spent 41 hours inside a heavily guarded cell block "M148a" before he was transferred back to Virginia. Monk's mom broke the news to her daughter.

"She said you were right!" Monk said. "I think my jaw dropped, I was like, oh my gosh. I was like are you kidding?" I was like wow I wasn't wrong!"

"We were the ones pushing, we were the ones contacting Virginia, the Crime Stoppers in that area, seeing if we could get her assistance. We would like to see her honored and rewarded for what she's done," Sheriff Trochesset said.

Cheryl Bean lives in the same Texas county as Karen. She was compelled to find the woman she considered a hero to let her know the Longhorn State was proud of its own.

"We have somebody who is a hero and we let them go under the radar and I think that's wrong," Bean said.

Bean called on Texas legislators to honor Karen with a Proclamation and started a GoFundMe account for the single mother of three.

"She did the right thing. She didn't look the other way. She got involved. She faced a dangerous person," Bean said. "I think it's like David and Goliath really, Karen looked him in the eye and said I am going to go call the authorities. Most of us would say okay I made my call, I am going home. Not her. She said 'no, no, no, no. I'm going to get with the right person and make sure he is arrested.' Believe me, because Karen did that, others will live. Others will not face the heartache, a lifetime of questions and endless tears at every anniversary ever birthday and every missed opportunity.

Despite fear, self doubt and reservations, Karen Monk said she was thankful she followed her instincts that day.

"I don't feel like a hero, I really don't know how I feel, right place at the right time," she said.

Monk will be presented the proclamation at a ceremony in her home town of Sour Lake, Texas. It's unclear at this time whether Monk will be granted a reward, because Matthew has not yet gone to trial for the crime. Monk said she was not looking for recognition, but she is honored nonetheless. She said she hoped Matthew's arrest will bring closure to families involved.

Just recently, on May 5, 2015, Matthew's charges were upgraded to capital murder.  He returns to court on June 25.