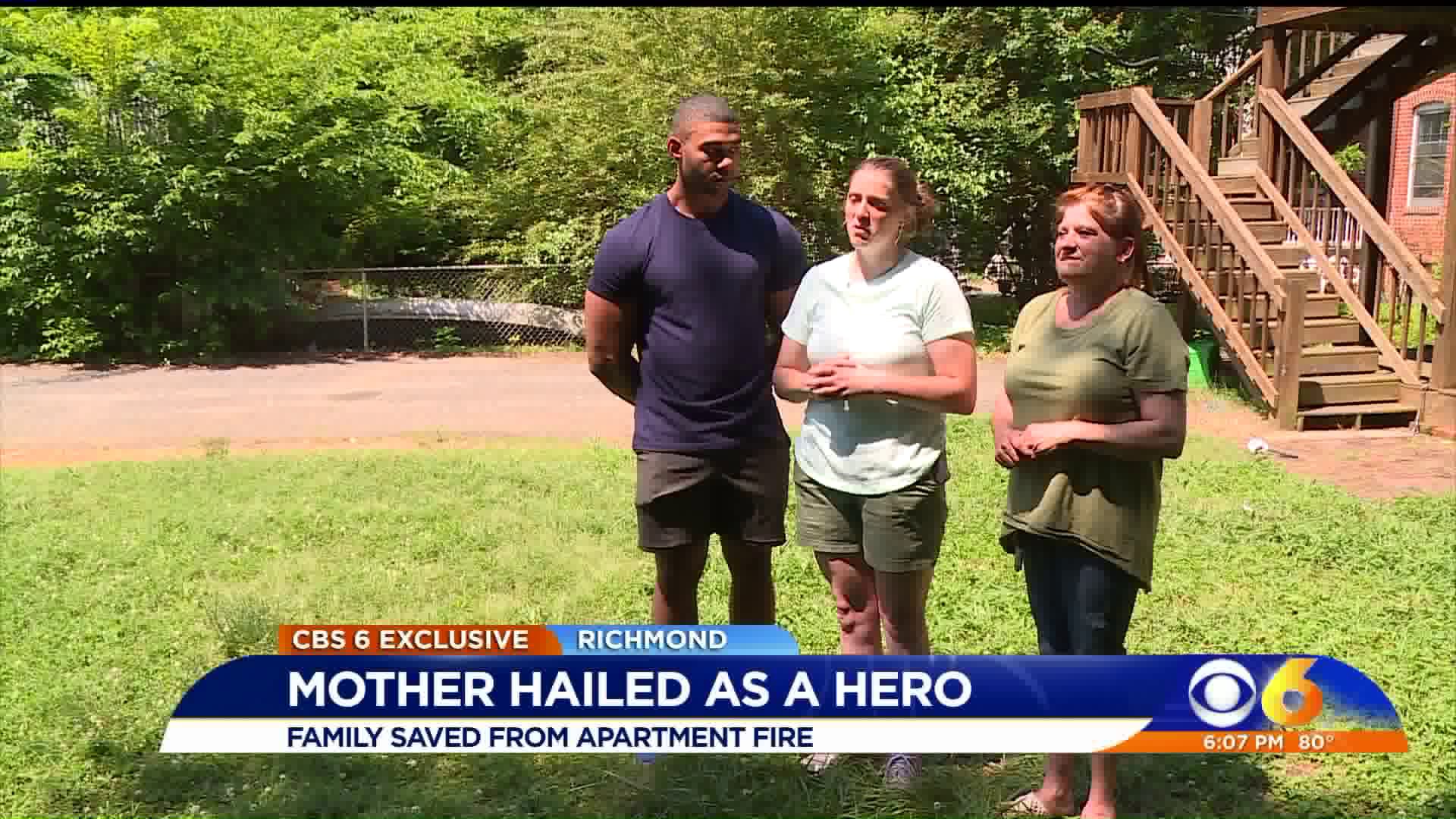 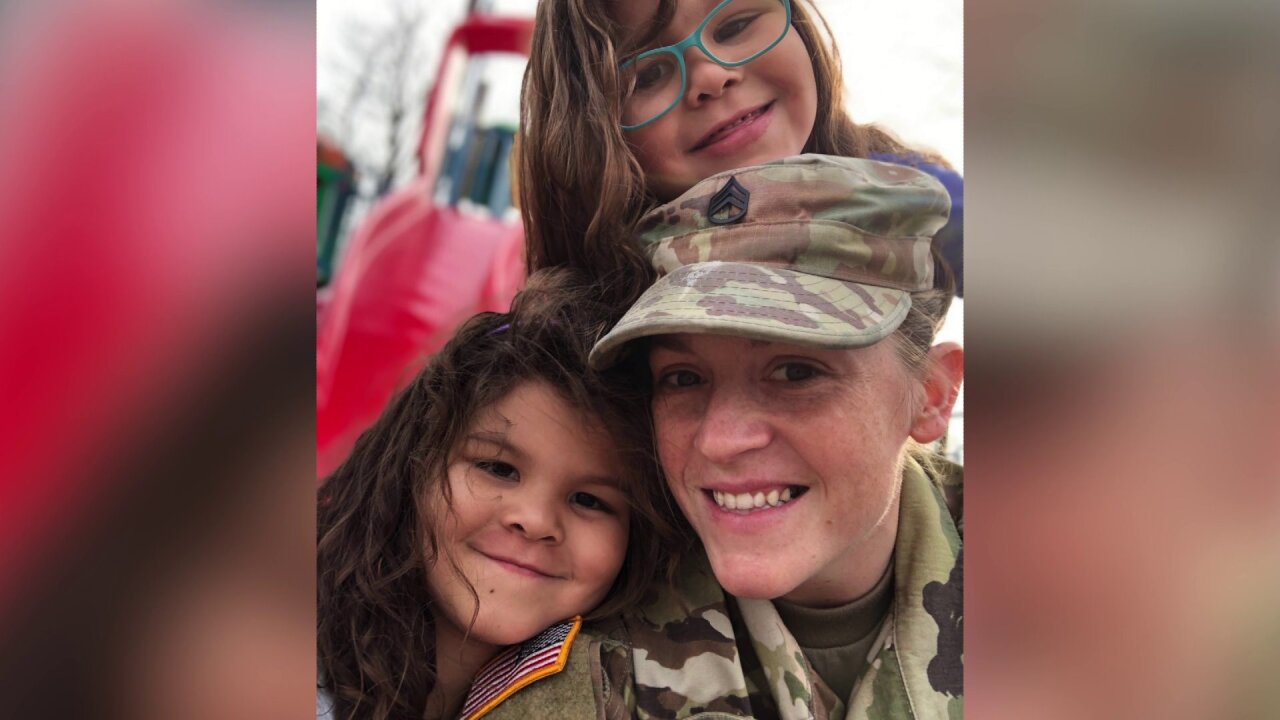 RICHMOND, Va. -- Virginia National Guard Staff Sergeant Danielle Board won't let you call her a hero after her actions during a fire at her Richmond apartment Thursday.

"We are not heroes, just moms, that's it," Board explained.

Firefighters were called to a home on Semmes Avenue Thursday afternoon for reports of heavy fire on the second floor.

Board suffered smoke inhalation as well as second-degree burns to her feet after racing to save her twin girls and mother from the flames.

"I was barefoot and trying to put out the flames. The floor was actually melting right under me," she recalled. "I wasn’t even paying attention to that - but, that’s why I stopped trying to put the fire out at the end. My feet were just burning so bad."

The mother feared the flames would close off the hallway and only way for the family to escape.

"I got to get my kids out of here," she said. "The only thing running through my mind was my kids."

Thankfully, Board was able to get everyone out safely.

Board was discharged from VCU Medical Center and said the smoke inhalation was the worst of her injuries.

"There are no cabinets and the stove is just metal chunks," he stated. "The girl’s bedroom is just black - they had really nice blankets on the wall. Everything is just covered in black smoke and soot."

The family had just celebrated their daughter's sixth birthday the day before the fire.

Sgt. Board's army family showed up to help just a day after the flames.

"Instead of doing our physical training tests we are scheduled to do on Friday, my company commander completely canceled it and they all came here to clean out the house," Board said. "That was amazing."

Firefighters also saved the family's cat and resuscitate it back to health. Richmond Animal Care and Control paid for the pet's care at a local veterinarians office.

The fire was believed to have started on the stove.

Board said his wife's actions were heroic.

"You’re still a hero whether you believe it or not," he told his wife. "The definition of hero is kind of right there. I love you."

A GoFundMe has been created to help the family replace some of those items and help in their plan to move to a new home next month.