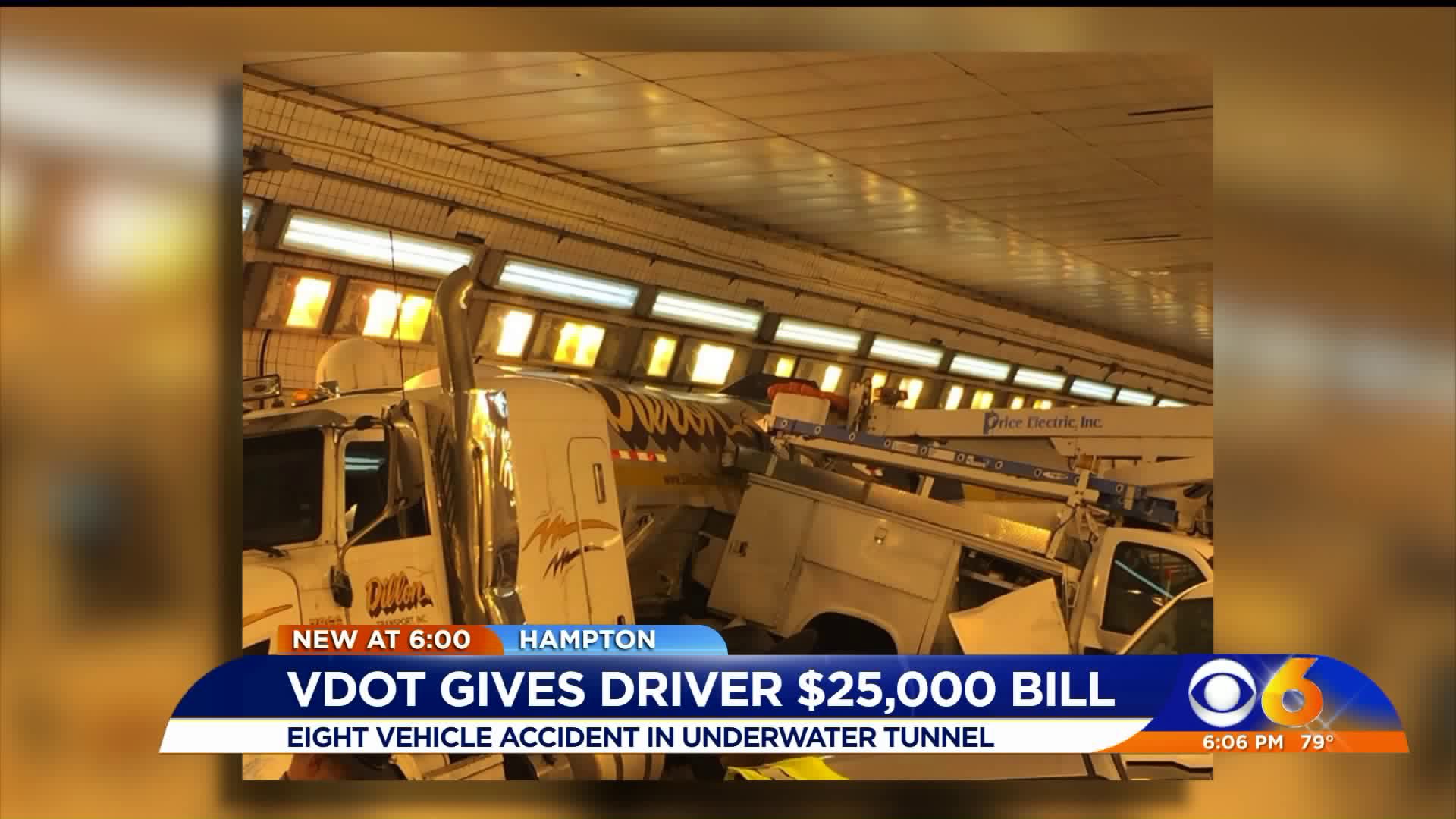 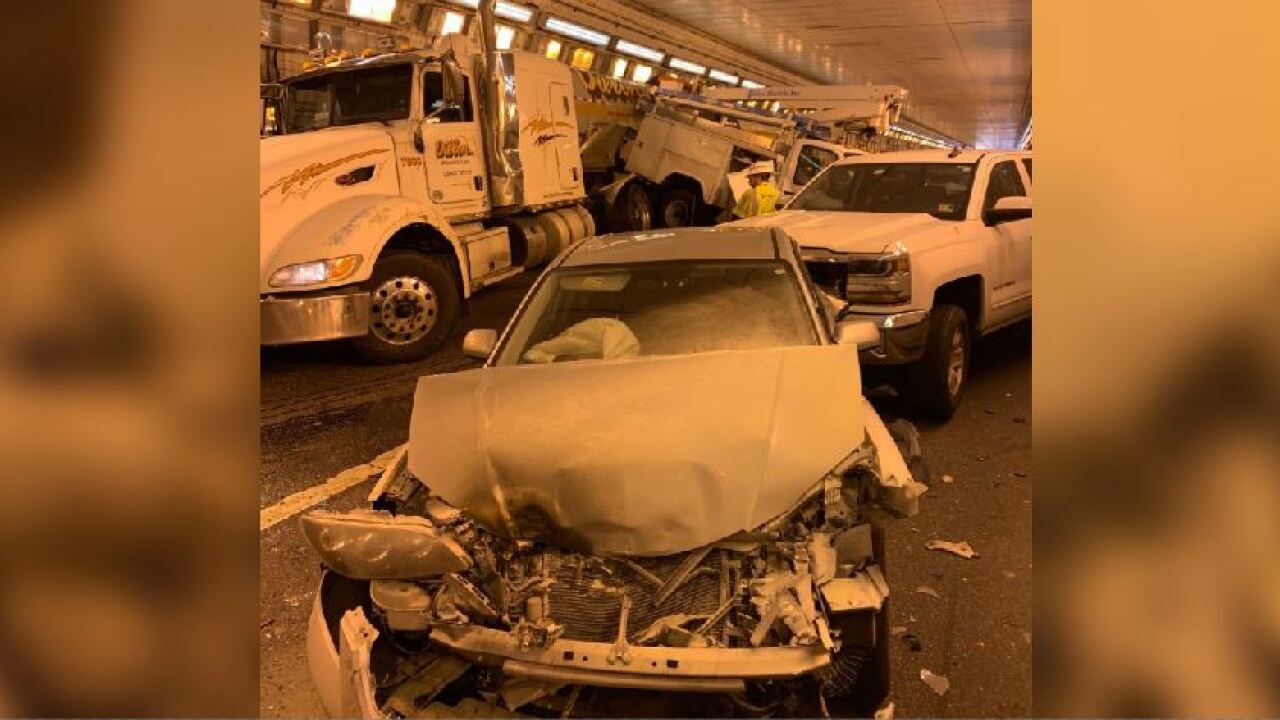 HAMPTON, Va. -- The driver charged after an eight-vehicle crash in the Hampton Roads Bridge Tunnel (HRBT) on Wednesday has been hit with a $25,000 bill.

The eight vehicle crash closed eastbound I-64 lanes at the HRBT for an extended amount of time Wednesday morning.

One of the vehicles involved in the crash was a tractor-trailer that was transporting hot tar. 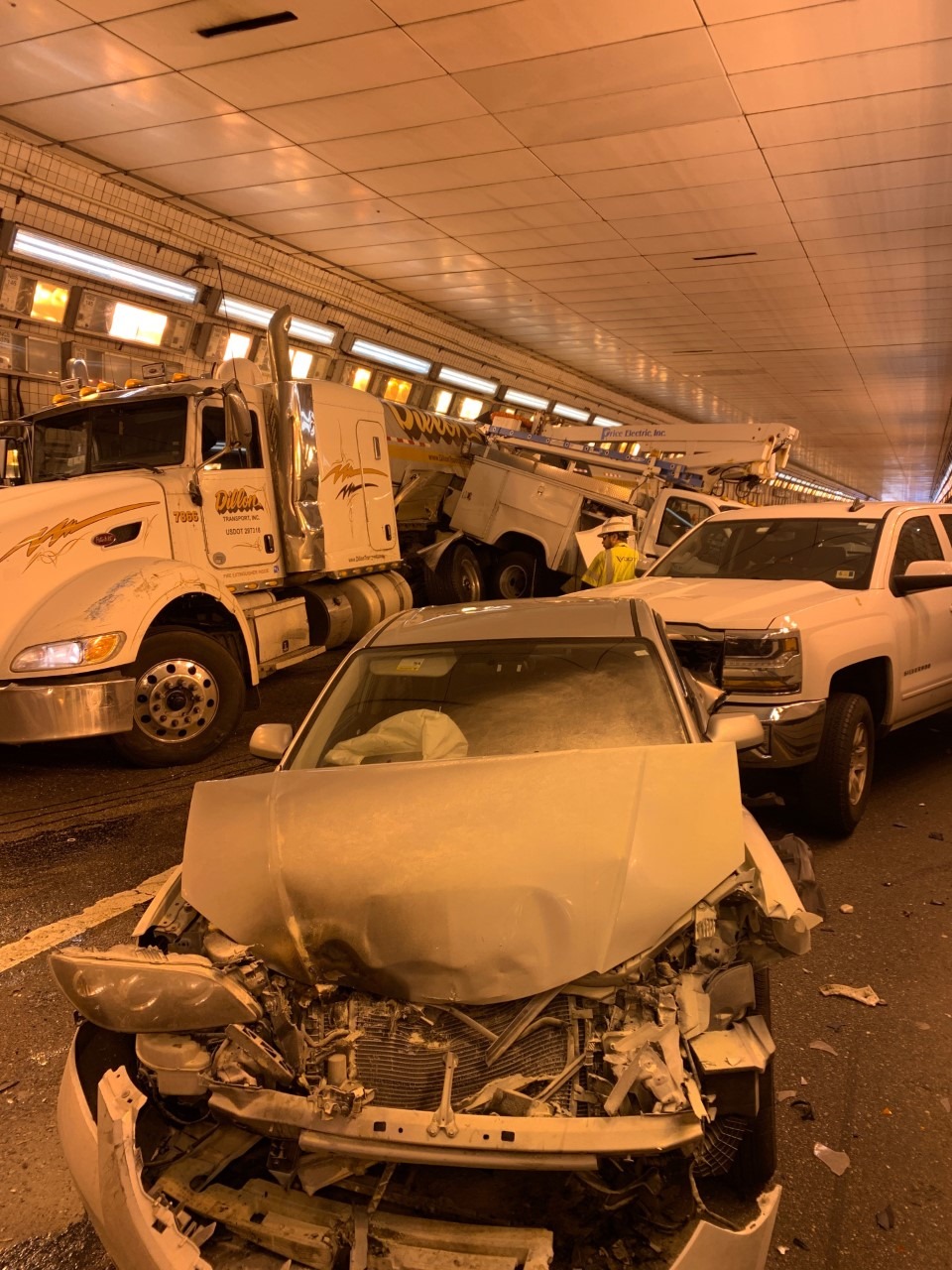 No serious injuries were reported.

VSP said a driver was charged with following too closely and on Thursday VDOT said the driver’s insurance will also be getting a bill.

VDOT said the estimated total damage was $25,000 and the incident caused damage to nine sections of handrails, two internal lights and several sections of wall tile.

There was no major structural damage, so the tunnel is stable, VDOT reported.