Burned out Hopewell Moose Lodge coming down, new one to be built 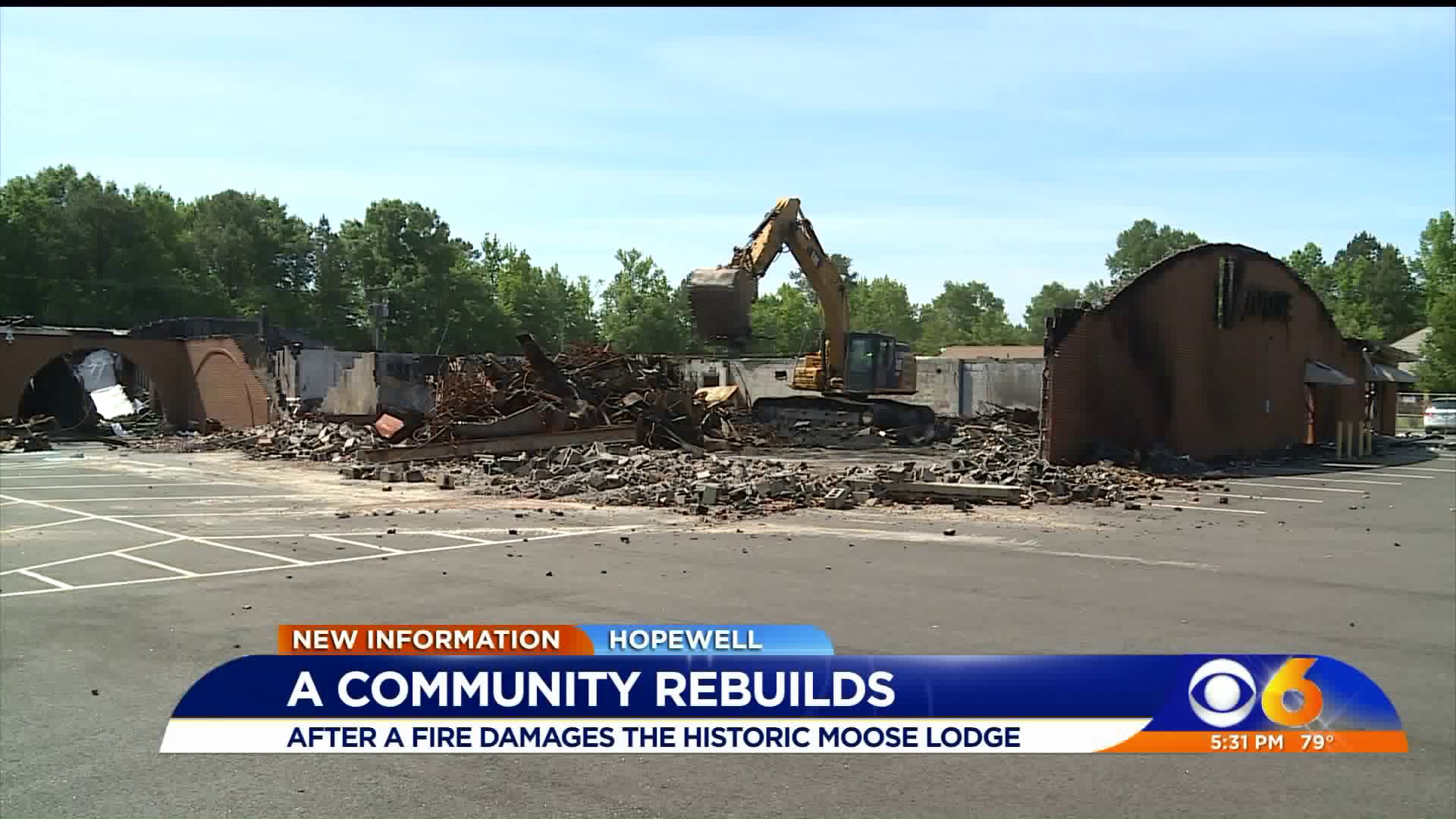 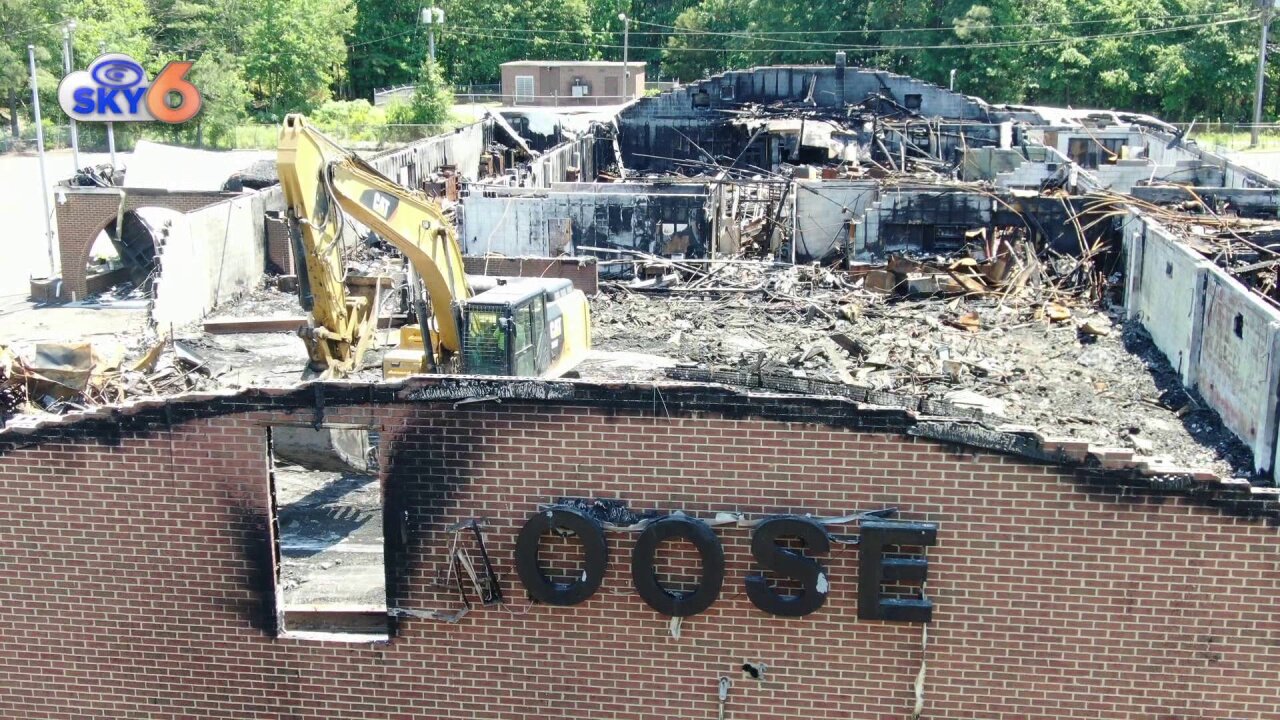 HOPEWELL, Va. -- The walls to the burnt shell of the Hopewell Moose Lodge are coming down, 78 days after a fire destroyed the building. Demolition began early Thursday Morning.

"Today's a very special day for us," said Brad Ozmore, administrator for the moose lodge. "This is where we now turn to the future and all the possibilities that are there for us."

Hopewell Moose Lodge 1472 is one of the largest in the Commonwealth and the building has a storied past, starting in the 1940s.

"It originally started off as being a building purchased by Jimmy Dean to hold the Old Dominion Barn Dance. Then was turned over to Fort Lee and they used it as an ammo garrison. The Hopewell Moose bought it in the 1950s," said Ozmore. 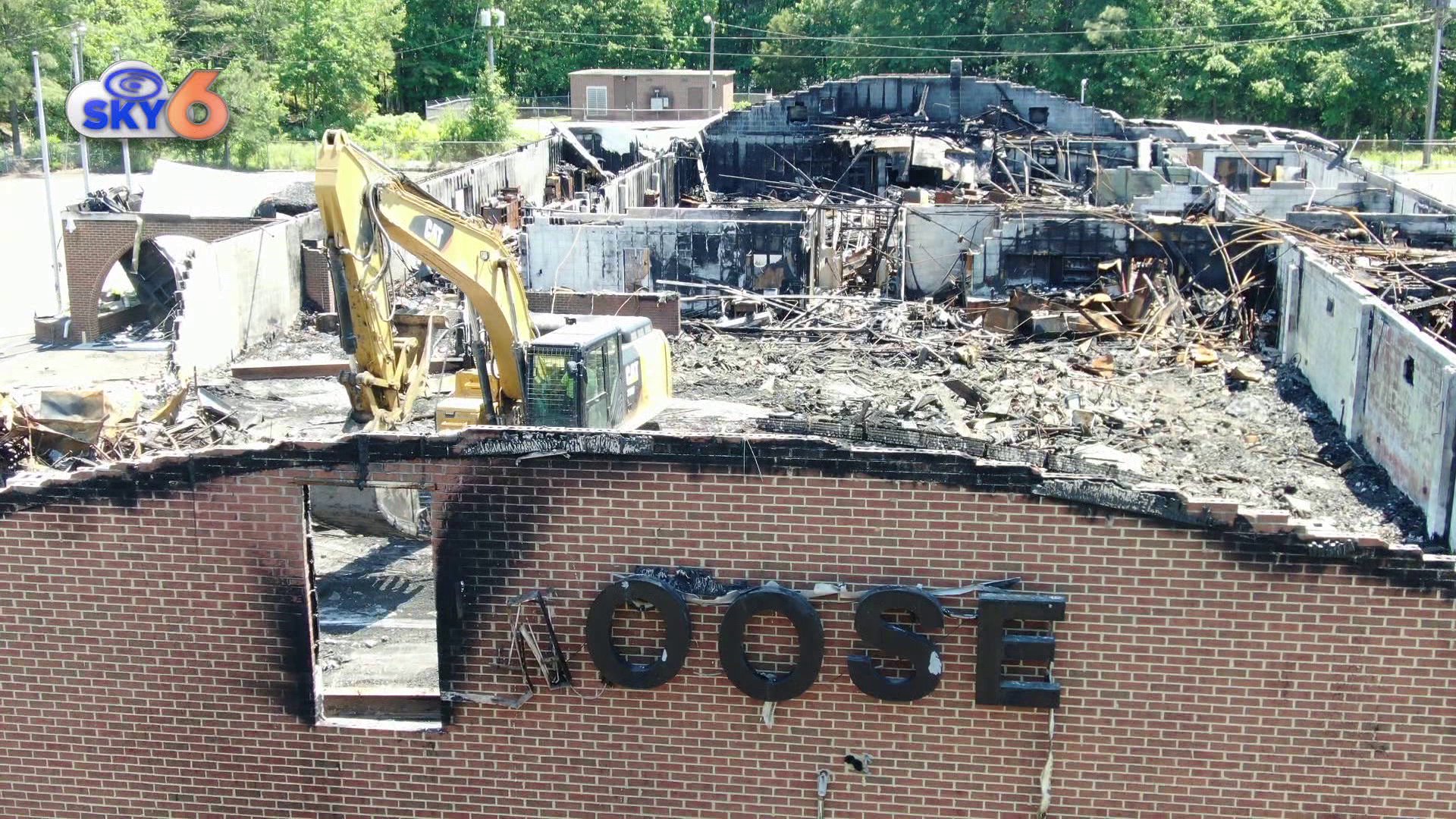 At that time, Aubrey Mellicampe's father became one of the first to operate the Moose, starting in 1956 until he retired in 1985.

While the old building is now a part of the past, the focus of the lodge has not been dampened by the destruction.

"There's some golf fundraisers for Massey Cancer, some fundraisers with the Women for fire recovery as well as some community service projects we've got going on," said Dawn Ozmore with Women of the Moose.

The cause of the fire was undetermined, but investigators say they don't believe the fire was suspicious or the act of an arsonist.

Demolition is expected to take two to three weeks, then a new building will be constructed.

"The memories from the old building we will always have with us. Now this is that step where we move forward to making new memories," said Brad Ozmore.