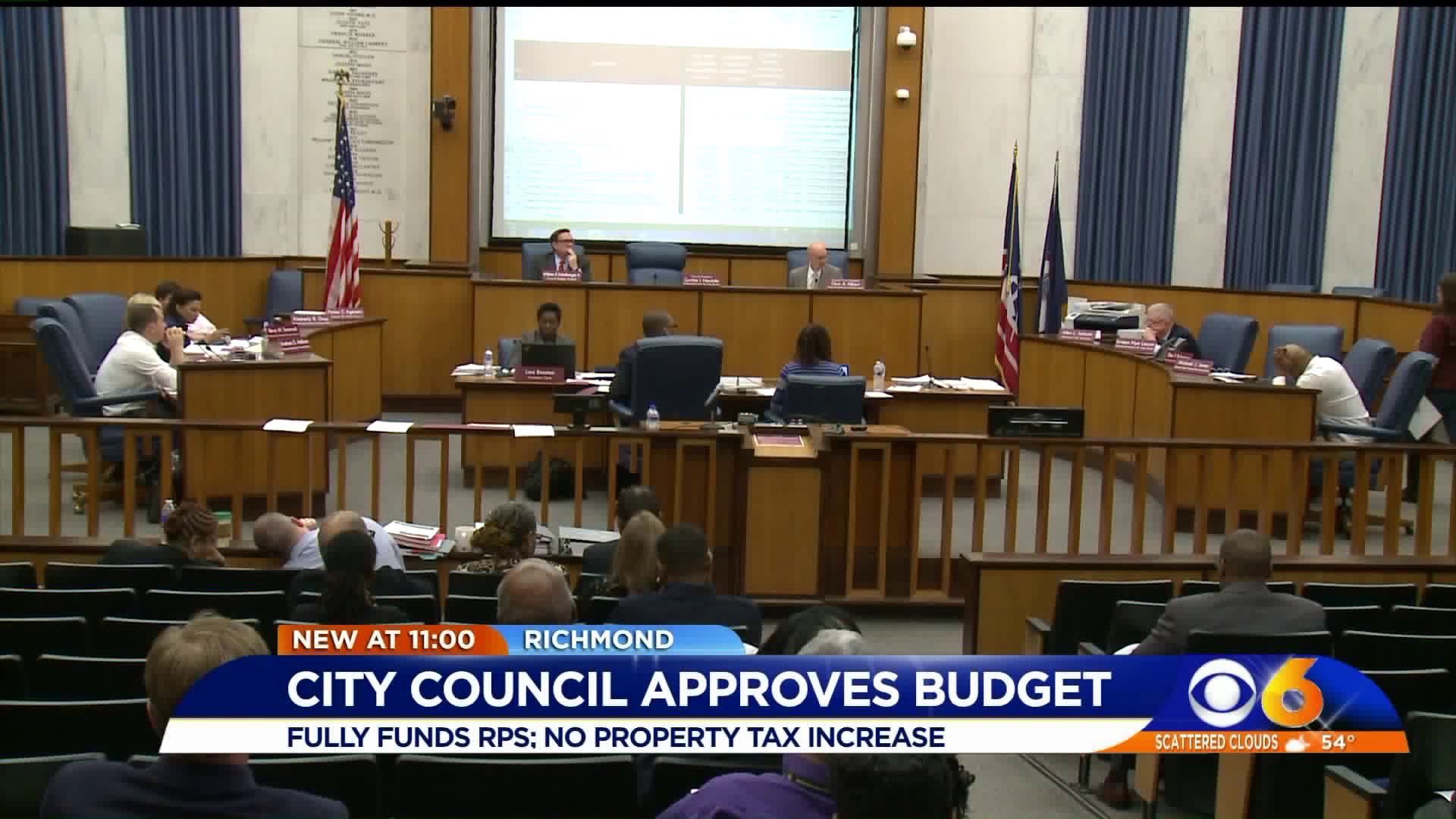 RICHMOND, Va. -- The Richmond City Council has approved a budget for the next fiscal year, which includes the city's first cigarette tax and adds millions of dollars to city schools.

After weeks of back and forth with Mayor Levar Stoney who had proposed a nine cent real estate tax increase along with an 80 cent per pack cigarette tax, the council rejected the real estate tax hike but passed a 50 cent tax on cigarettes.

Now, city workers will get a three percent raise and the schools will get millions more split between capital and operational expenses.

"$37 million of new money that will go into public education that will fund teacher raises along with maintenance fixes throughout the whole system. Also we're going to see an expansion in GRTC as well as to much in areas that need it the most," Stoney said.

The nearly $750 million budget also includes $16 million for road and sidewalk repair and will add about $6 per household in utility increases.