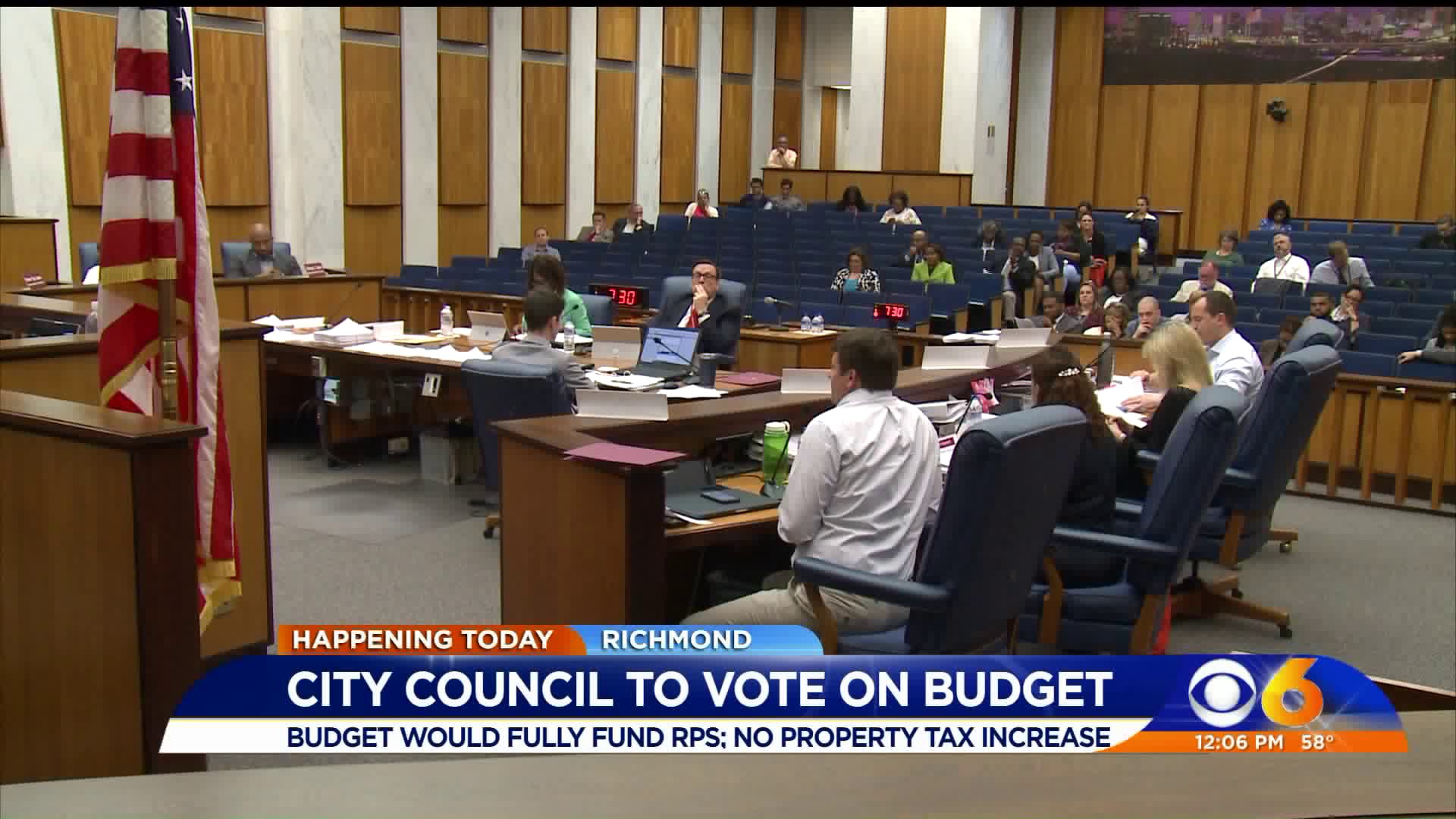 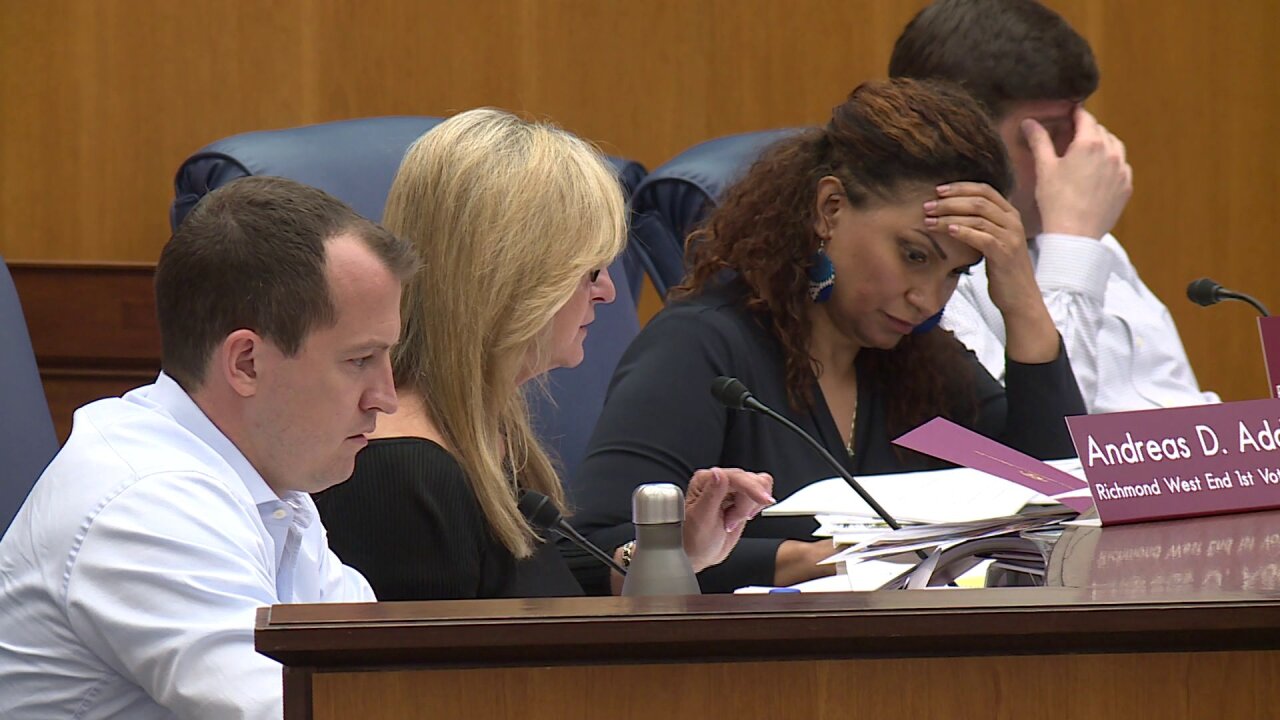 RICHMOND, Va. -- Members of the Richmond City Council are expected to hold the final vote Monday evening on the city’s 2020 budget.

The amended budget would fully fund Richmond Public Schools without increasing the city’s property tax. It would also mean that city council would not make a 1.5% cut to city departments.

Stoney's budget proposal included a real estate tax from $1.20 to $1.29 per $100 of assessed value and a 50-cent per pack tax on cigarettes purchased in Richmond.

After freeing up $3 million due to a suspension development agreement, that involves delinquent tax sales, city council allocated an $800,000 surplus revenue to GRTC.

Other notable investments in the 2020 budget are a 5 percent teacher pay raise and a 3 percent raise for city workers.