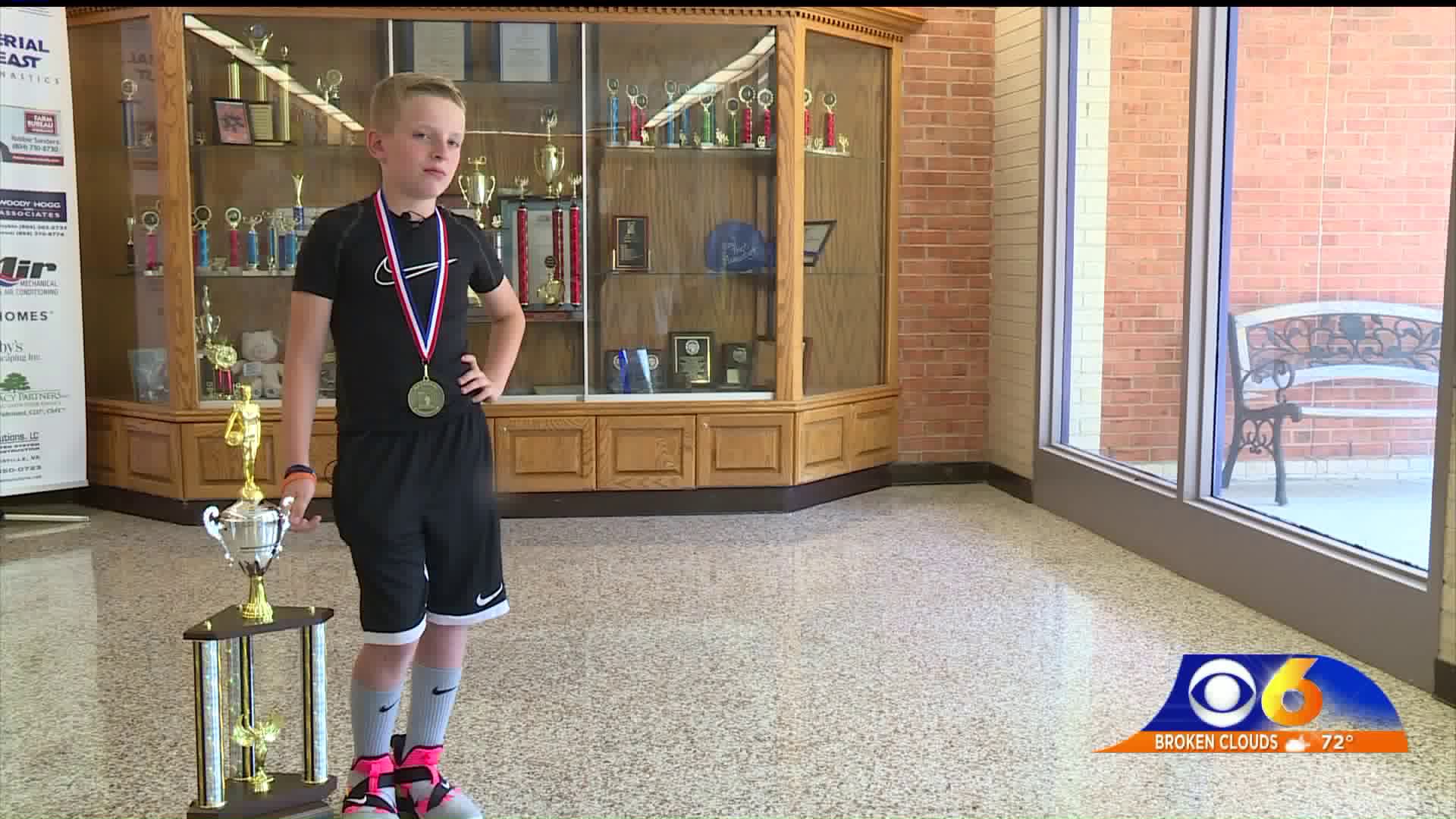 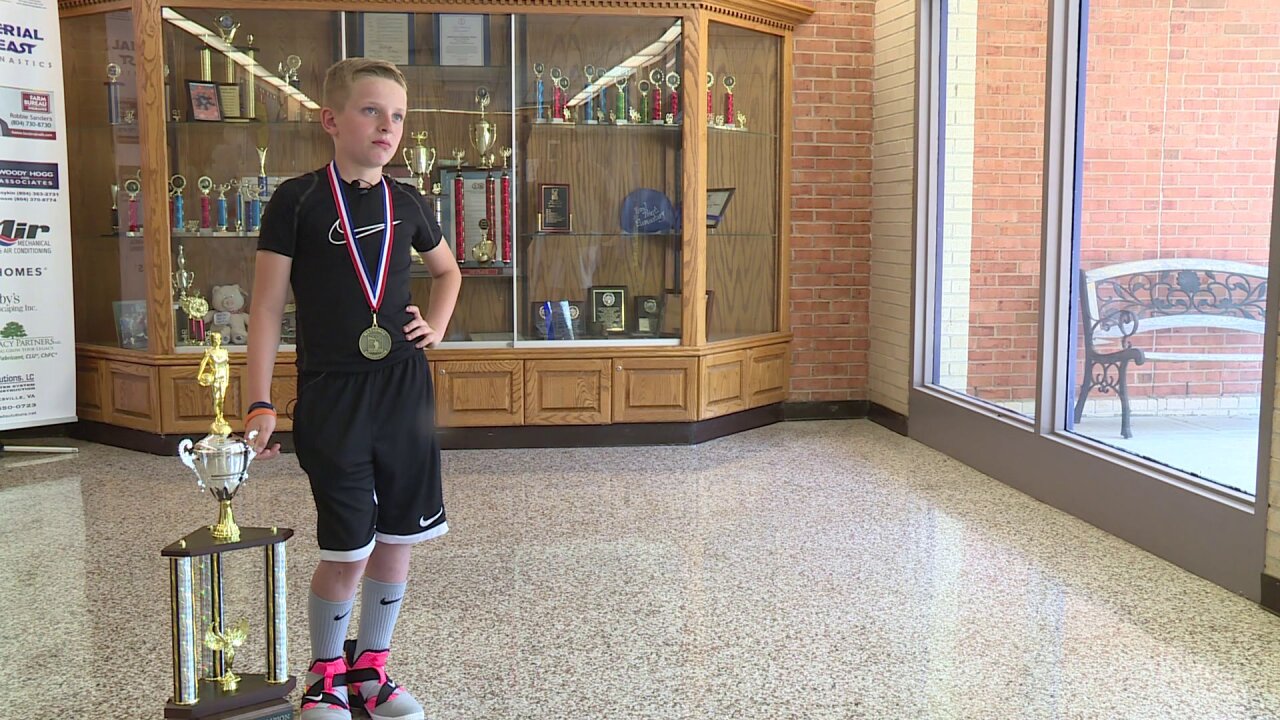 The following is an update on and contains material from an earlier story posted in March.

MECHANICSVILLE, Va. - "I get the ball. I take three dribbles. I pause for a second. Then I just shoot it."

If it were as simple as that, everyone would make free throws like Blake Whitley can.

But it's not that easy unless you have a gift for doing it.

Blake entered the Elks Club national free throw shooting contest and while winning competitions at the local, state and regional levels, he managed to make 100 out of 105 shots.

"I know he gets nervous" added his mother, Bonnie.  "But from what I can understand from what he tells me, he just blocks it out and it's just the ball and the hoop."

His regional victory in Maryland earned him a spot in the national finals held in Chicago at Roosevelt College. It was a much different environment than all the other qualifiers he has won. Blake and the other competitors even got their own trading cards for making it that far.

"The gym was pretty big," Blake said. "There was a lot of people there and it was at a college

"It's very intimidating because unlike a lot of team sports, this is an individualized competition," added Bonnie.  "No talking, no sound. It's a pin drop quiet environment."

Blake made his first 25 straight shots to advance to the final round against his last competitor from Arkansas, someone who had just as much ability as he did.

But when Blake made another five straight...his opponent watched his fifth and final shot roll off the rim.

When asked about his reaction when that last shot fell away, Blake simply gave a fist pump and said "Yes!"

"I was just very excited but you feel bad too because the child that missed the shot," Bonnie said.  "I felt really bad because he was just so devastated and I know Blake would have been exactly the same in his position.

Blake received a trophy that stands nearly as tall as he does, forcing his father to rest it between his legs for the flight home. Rural Point has posted a congratulatory message on the school's marquee and everyone knows who brought home the national title.

But he struggles to put it all into words. "It feels great to win but other than that I don't know how to describe it".

"We're just extremely proud of him," Bonnie said.  "He has put a lot of effort and hard work into preparing for this and we're really proud of him. He doesn't quite get it yet but I think he will as he gets older. It's an amazing accomplishment. I think he's a little overwhelmed with it all now".

Blake plans on competing next year in the 10-11-year-old age division of the contest. And it wasn't a completely successful spring for him; Blake is a huge Texas Tech fan and had to sit through their national championship loss to Virginia.