Creek turns white after paint spill on I-85 in Petersburg, stresses wildlife 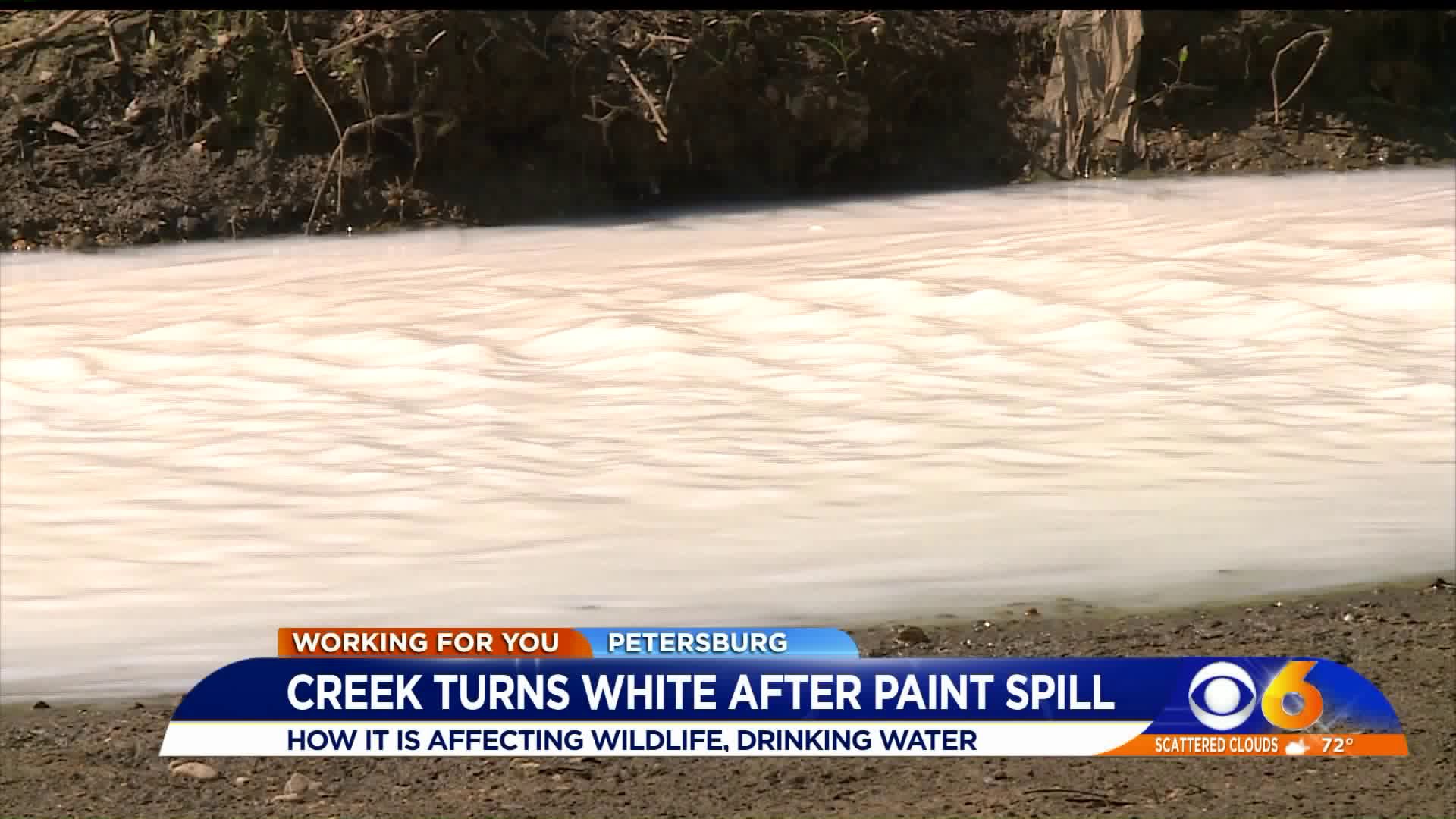 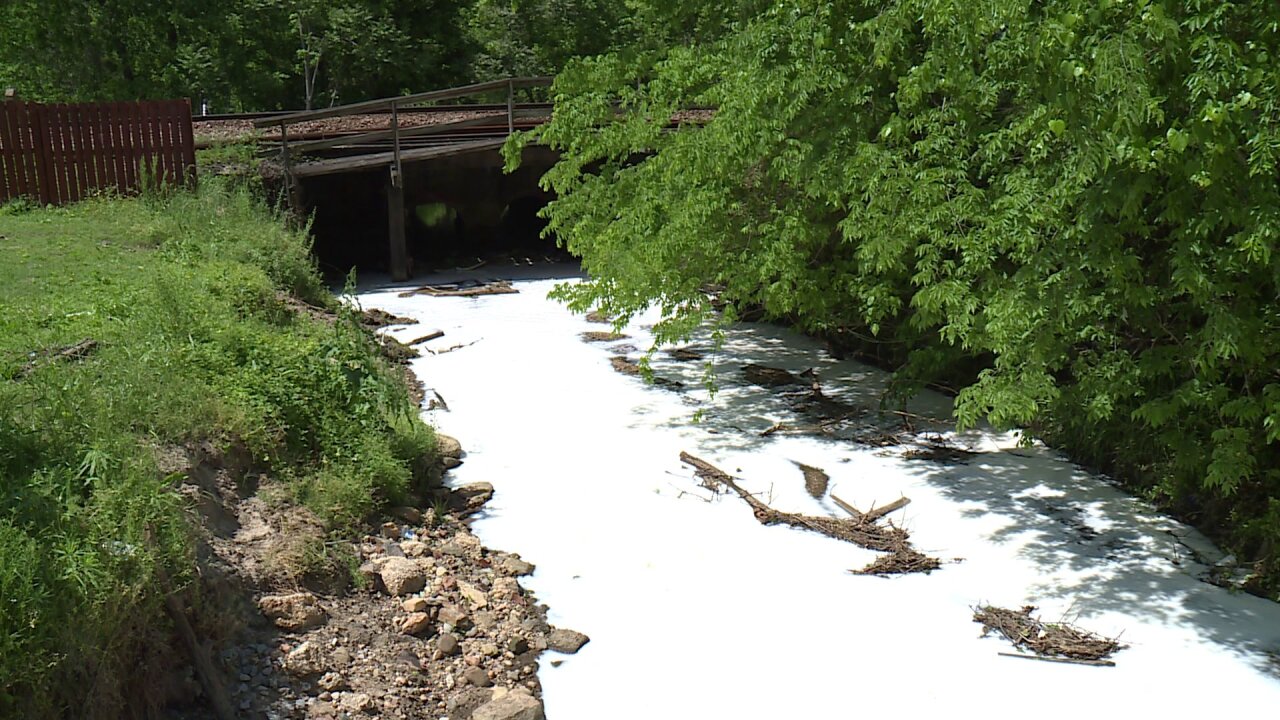 CBS 6 reporter Matthew Fultz reports the water is a “milky white” color and he also spotted several ducks swimming in the water.

Jeremy Kizio with the Department of Environmental Quality says the paint affected wildlife in the creek.

"There were some stressed fish. We had out biologists out here today and they observed five dead fish in the creek. Beyond that, the only thing we have seen is stressed out fish," Kazio said.  "It has not affected any drinking water. The nearest downstream water supply is Hopewell, which is many miles downstream."

Kizio says most of the water has discolored but will hopefully return to normal by Thursday morning.

"At this point, tidal action is going to dilute it down pretty well. The material, We don`t know how long it takes to break down in the water. But dilution is definitely going to help with that and lessen any impacts."

Virginia American Water released a statement assuring customers that their water was not affected by the spill:

"Earlier today, a tractor-trailer overturned along I-85 in Petersburg, causing latex paint to spill into Lieutenant's Run Creek. The creek flows into the Appomattox River, the source of water supply for the city of Hopewell, as well as the subdivisions of New Birchett Estates, Cedar Creek, Cedar Creek West, Strattford Woods and Mullberry Woods in Prince George County.

We want to assure our customers that our operations have not been affected and our treated water continues to meet or surpass federal and state drinking water standards.

We are working with environmental and health regulators to monitor the situation. We, along with the City of Hopewell, are monitoring the conditions of the river near Virginia American Water’s Appomattox River intake, and are ready to adjust our operations if needed." 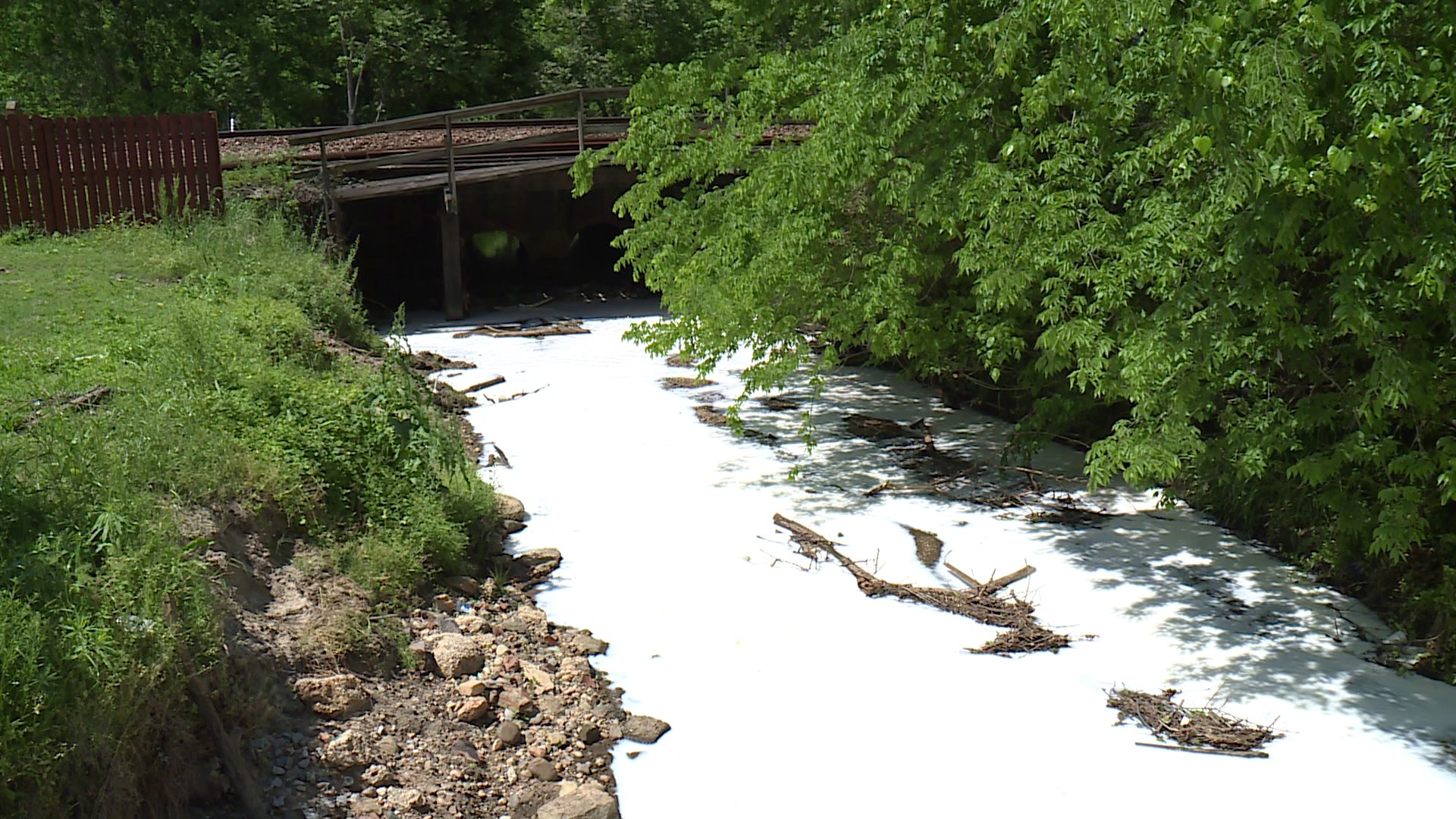 Virginia State Police say the driver, Marcus P. Epps, 33, of Amelia, Va. ran off road right onto the shoulder, striking the guardrail, overcorrected to the left forcing the tractor-trailer to overturn on the right side onto the guardrail.

The tractor-trailer was hauling several thousand pounds of white paint which spilled across the roadway.

Epps, who suffered minor injuries, was charged with reckless driving and failure to maintain control.