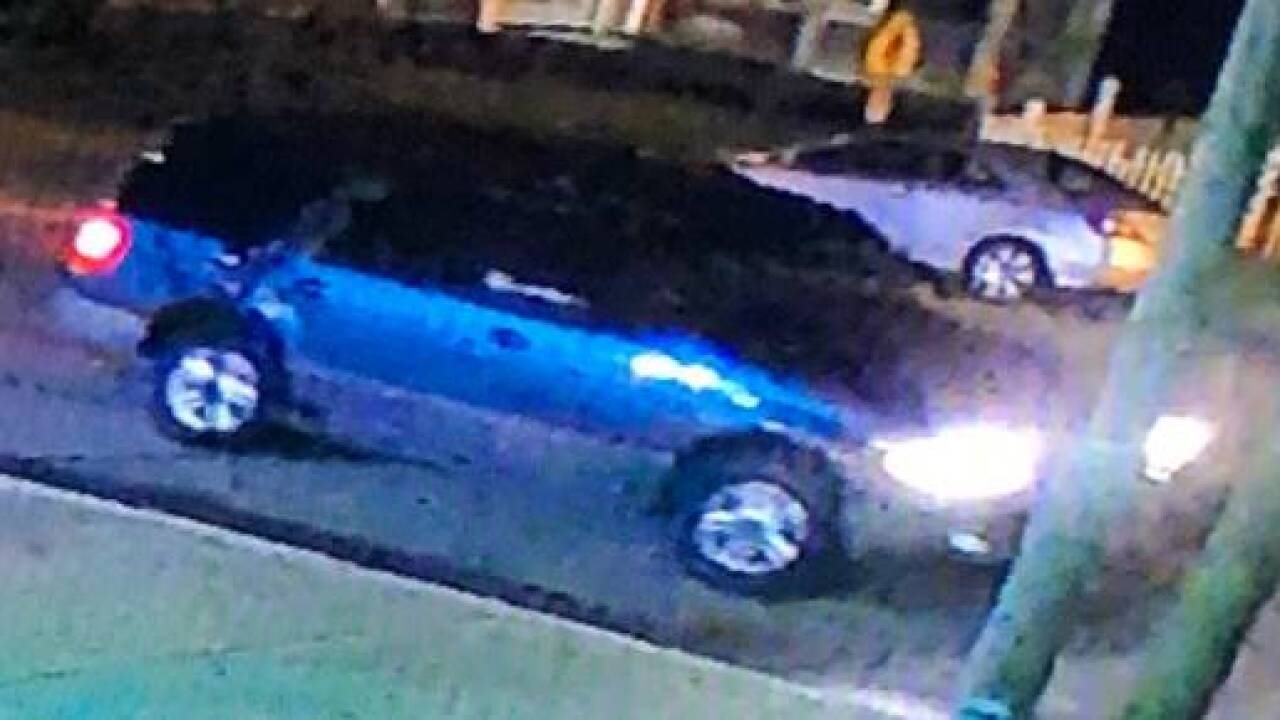 RICHMOND, Va. – Richmond Police are asking for the public’s help to locate a blue SUV that investigators believe was involved in a fatal hit and run crash early Saturday morning.

Police responded to a call for a person down in the 2200 block of Fairmount Avenue on Richmond’s East End around 2:33 a.m.

Upon arrival, officers located Yvonne D. Charity, 43, of the 2200 block of Fairmount Avenue in the middle of the roadway.

She had been struck by a vehicle, police said.

Charity was transported to VCU Medical Center where she succumbed to her injuries shortly after.