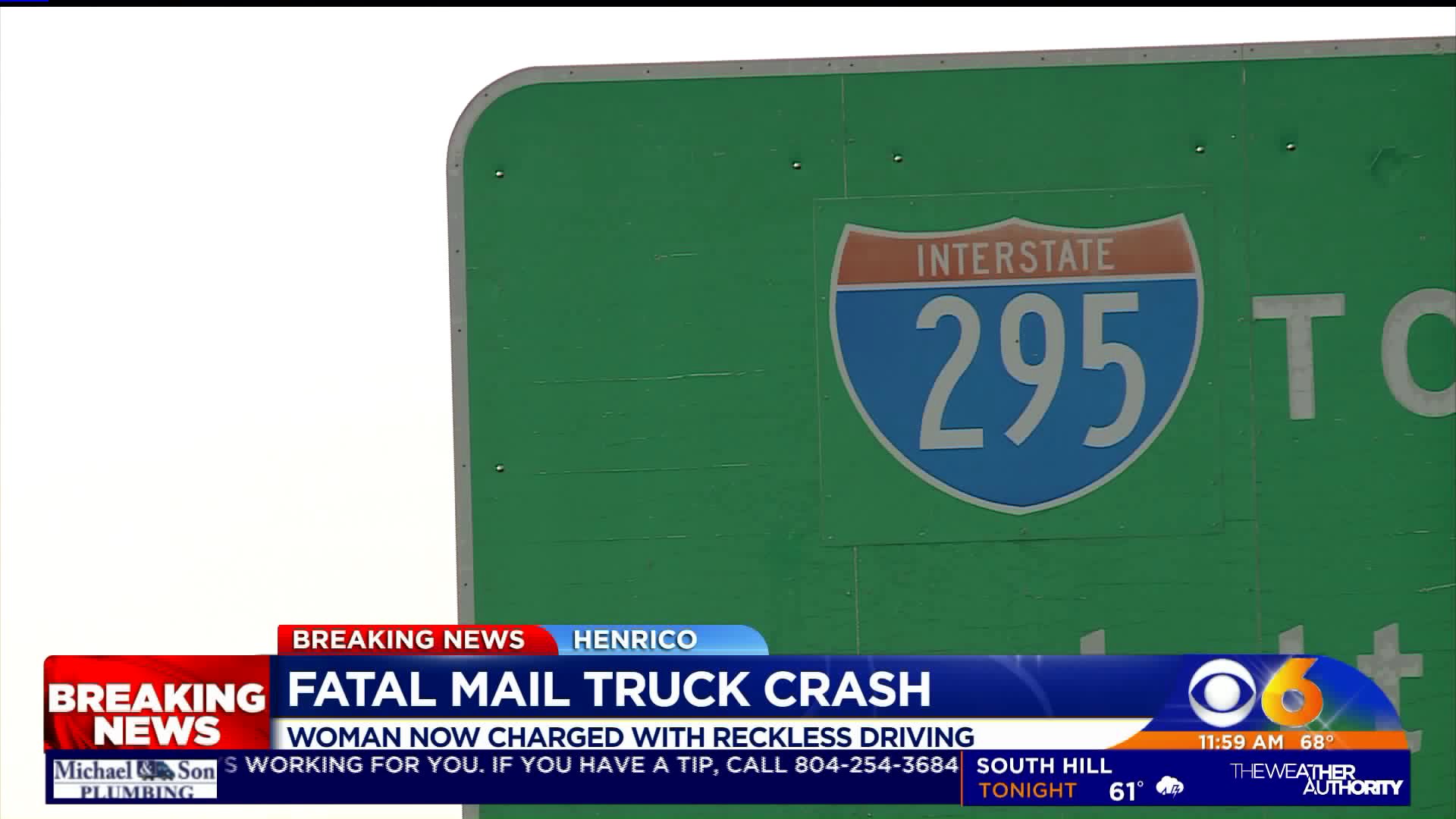 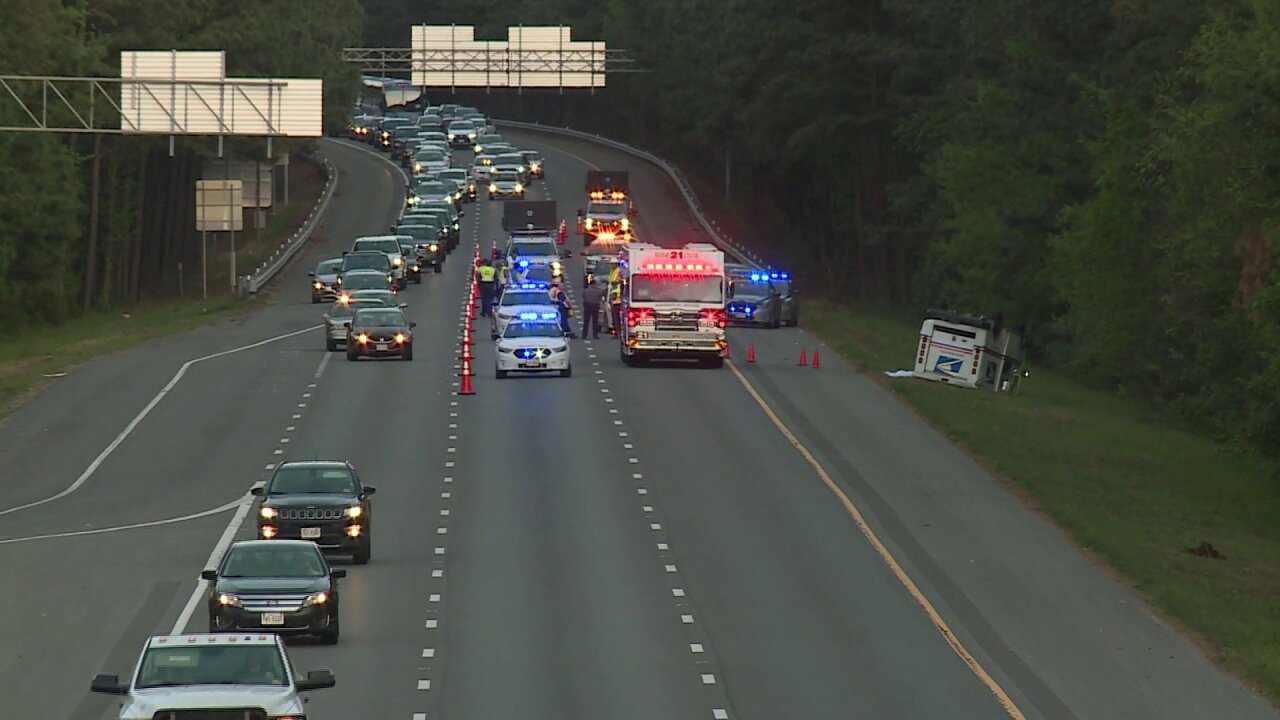 HENRICO COUNTY, Va. -- Police released the name of the postal carrier killed in a crash on Interstate 295 in Henrico County.

Garland Bland Jr., 41, of North Chesterfield, was killed in the April 18 crash on I-295N near Woodman Road.

"[Bland was] in the center land when he was struck in the rear by a 2015 Mazda 6, driven by, Lauren E. Colognori, 30, of Midlothian, Va. causing Bland to lose control and overturning off road left," a Virginia State Police spokesperson said. "Bland was not wearing a seat belt and was partially ejected from the vehicle. Unfortunately, he succumbed to his injuries at the scene. Colognori was wearing her seat belt and was transported to the hospital for treatment of minor injuries."

She was later charged with reckless driving.

The crash, which was reported at about 6:14 p.m., remains under investigation.