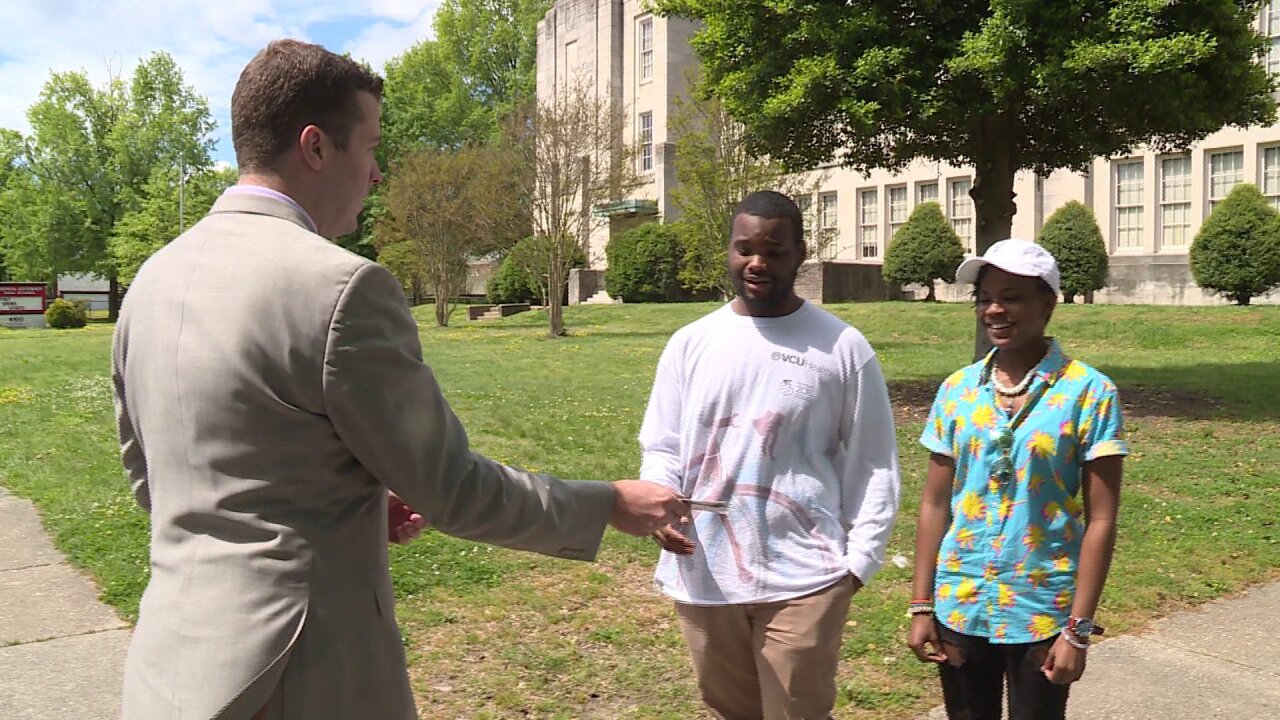 RICHMOND, Va. — In this week’s edition of CBS 6 Gives, reporter Cameron Thompson stepped in to help the students on the Thomas Jefferson High School robotics team before they head to the World Championship on Tuesday.

CBS 6 Problem Solvers highlighted the team’s story after being contacted by parents saying the team needed donations after qualifying for the World Championships.

“You guys have had some amazing support to help you guys get to Detroit for the World Championships,” said Thompson. “Mom was telling me you guys still needed some coverage for breakfast and things like that.”

Thompson presented two members of the robotics team with some Visa gift cards to help with breakfast and expenses during the four-day competition.

“It’s been amazing seeing the support that you guys have gotten,” he said. “We are wishing you guys the best of luck.”