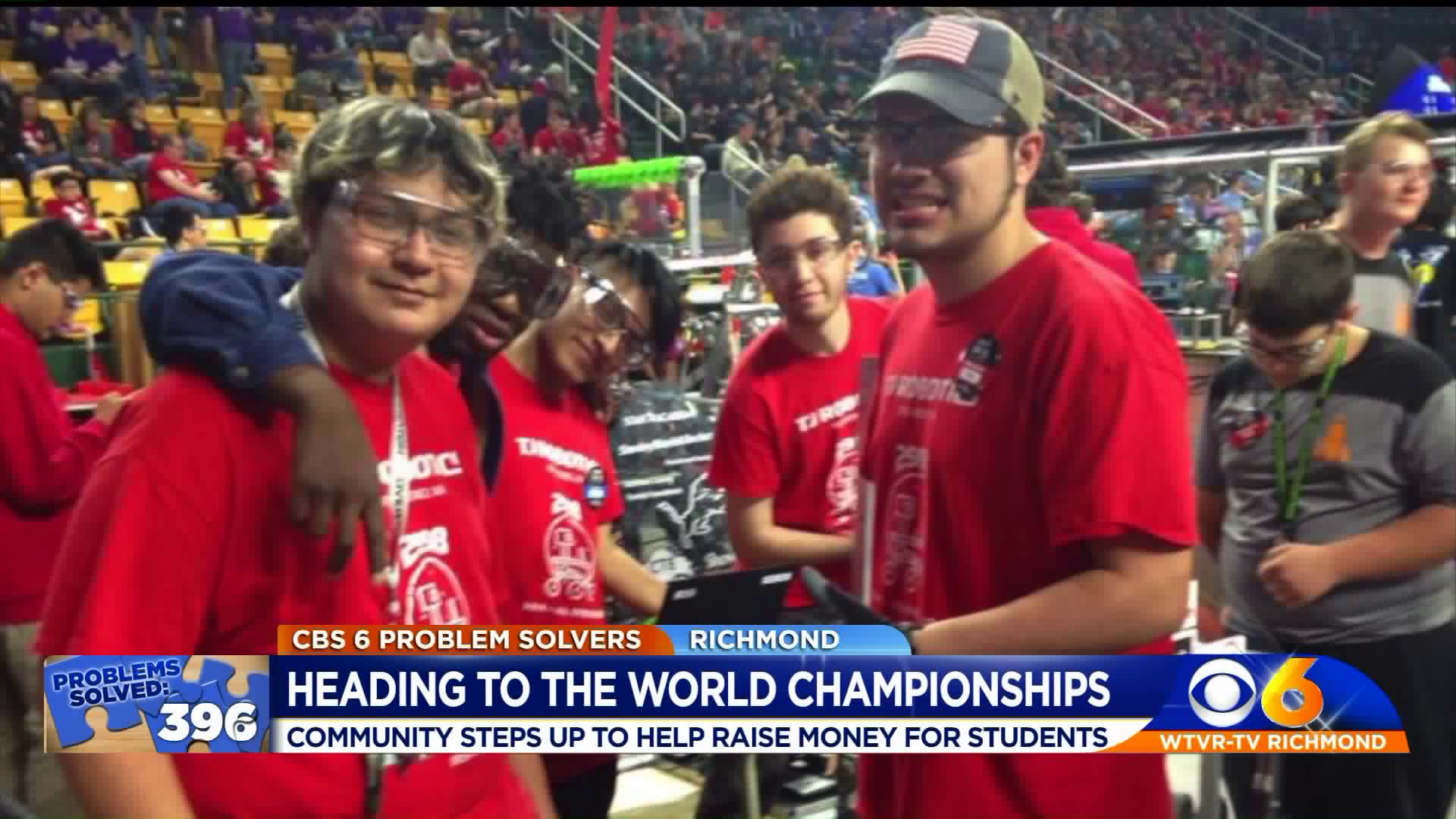 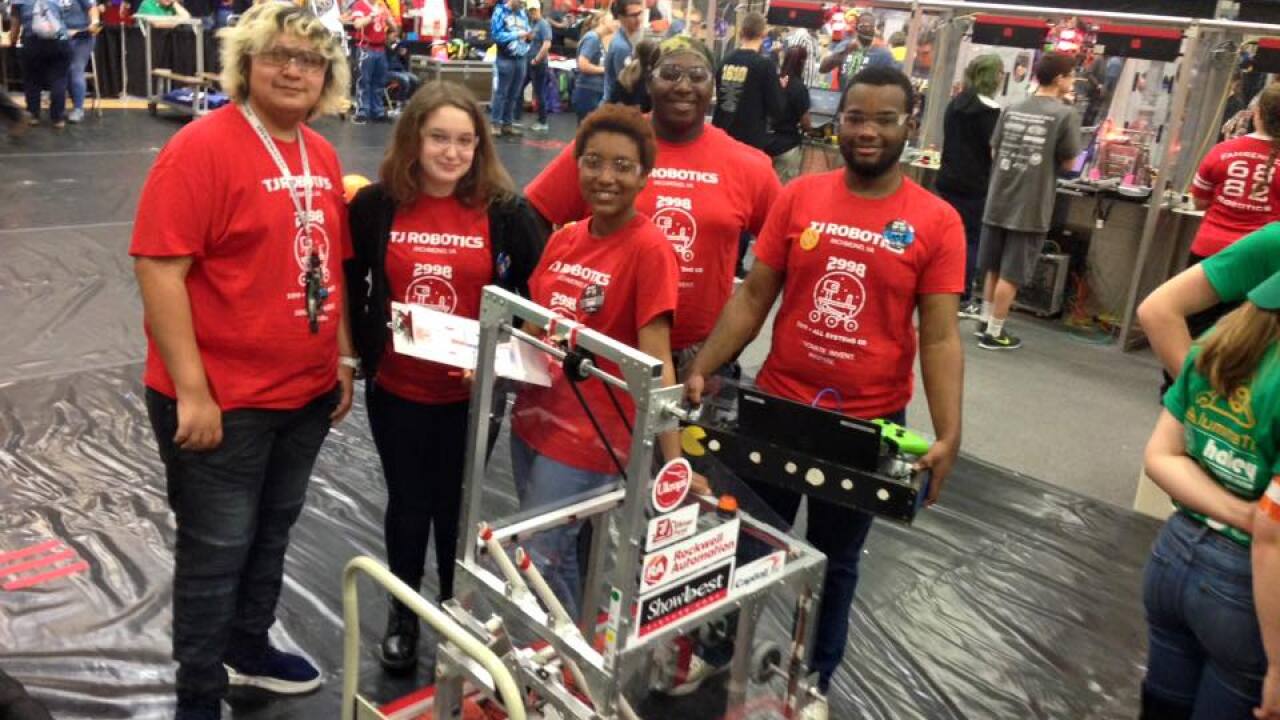 RICHMOND, Va. -- The robotics team at Thomas Jefferson High School is headed to the World Championships thanks to generous donations by local businesses and community members.

CBS 6 told viewers about the VikingBots on Monday after parents contacted the CBS 6 Problem Solvers saying the team needed donations after qualifying for the World Championships.

Last weekend, the robotics team placed second in the District competition held at George Mason University, competing in a field of 58 schools from Virginia, D.C., and Maryland.

The impressive showing qualified the team to compete in the First Robotics World Championship Competition in Detroit, Michigan next week.

What started out as a six-week project to build the ultimate robot has now paved the way for the students to showcase their talent on the world stage.

Mom Sydni Jaemes says a few days ago, it was a mission completely out of reach because her son’s robotics team couldn’t afford it.

When they shared their story to CBS 6, the community responded, supporting their GoFundMe page and contributing to the non-profit TJ Vikings Fund.

“They may not have what the other schools have in terms of funding, but in terms of support and encouragement. They've got a wealth of support,” said Warren Pierce.

“The businesses, the individuals, the community wrapped it's arms around the kids and said we've got you. It makes me want to cry,” said James.

Tuesday morning, they contacted CBS 6 and said they wanted to donate the remaining balance to send the students to Detroit.

“I believe one of the kids said it and it really hit to my core. ‘No matter where you come from, no matter your circumstance, if you do the right thing and you don’t give up, you can succeed and do whatever you want in life.’ That’s a mantra I believe in and I don’t believe in giving up and I commend these kids,” said Hartoonian.

It a donation that touched the heart of team moms like Sydni Jaemes.

“Thank you… From the bottom of my heart… They didn't have to do this,” she said.

Thanks to the generosity of strangers, the team will compete in the World Championships in Detroit April 24-27.