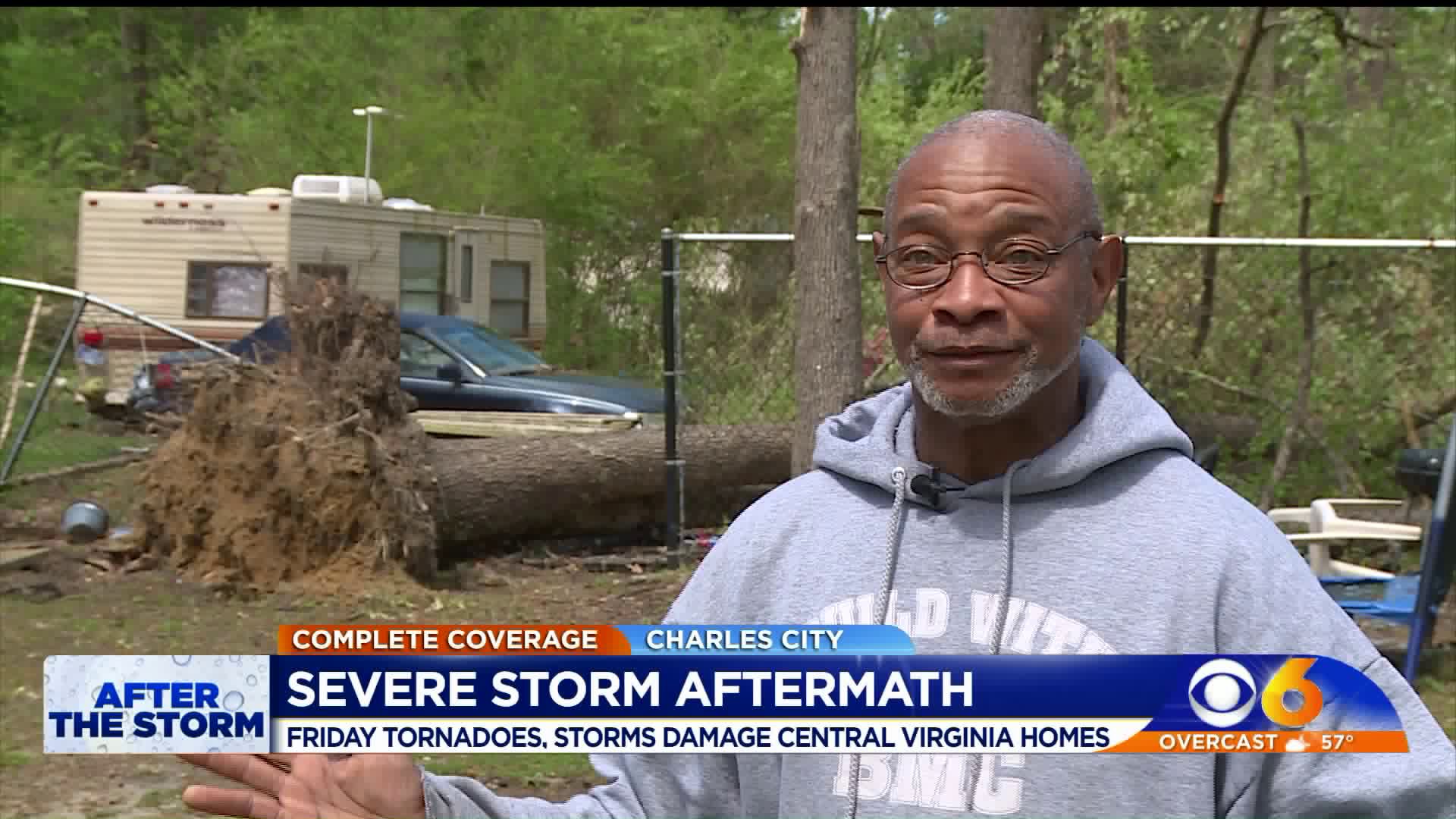 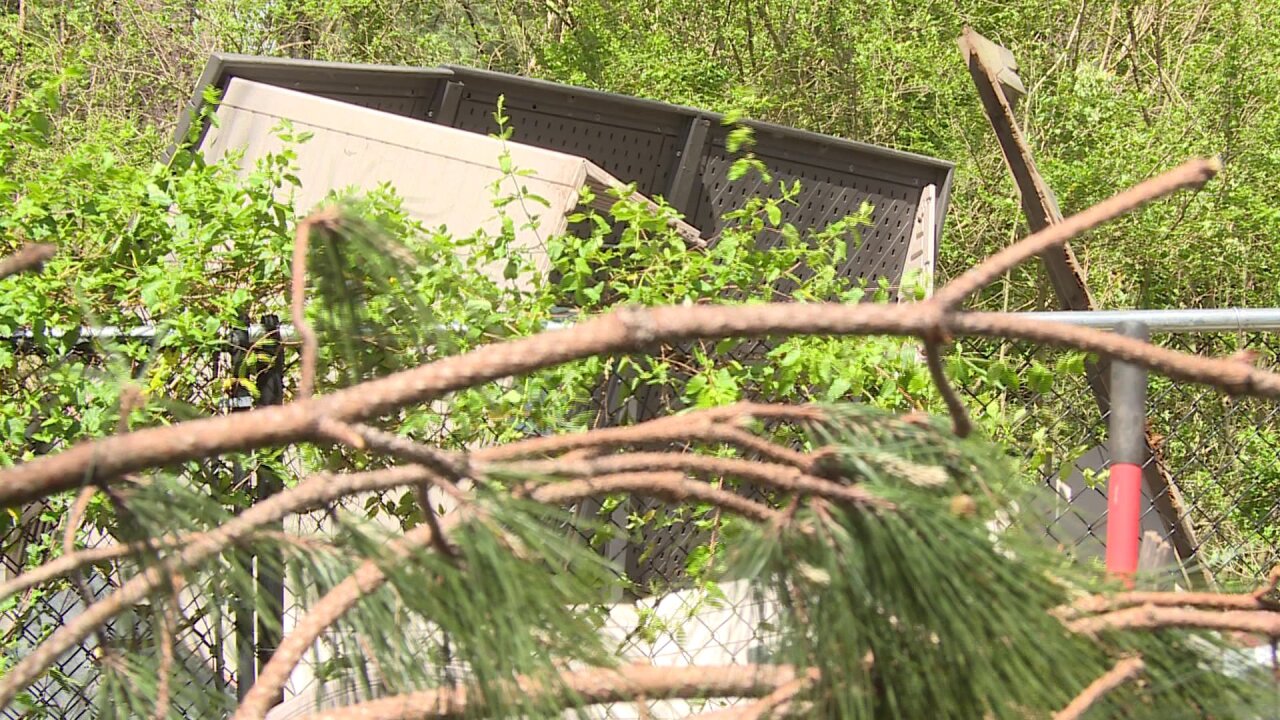 Rainey and his family were grateful they made that call after pulling into their yard Saturday morning.

"It was a disaster area when we got here," said Rainey. "When I pulled in the yard, I was sick. I couldn't believe it."

Fallen trees, broken glass and a shredded shed were just some of the damage caused by a suspected tornado. 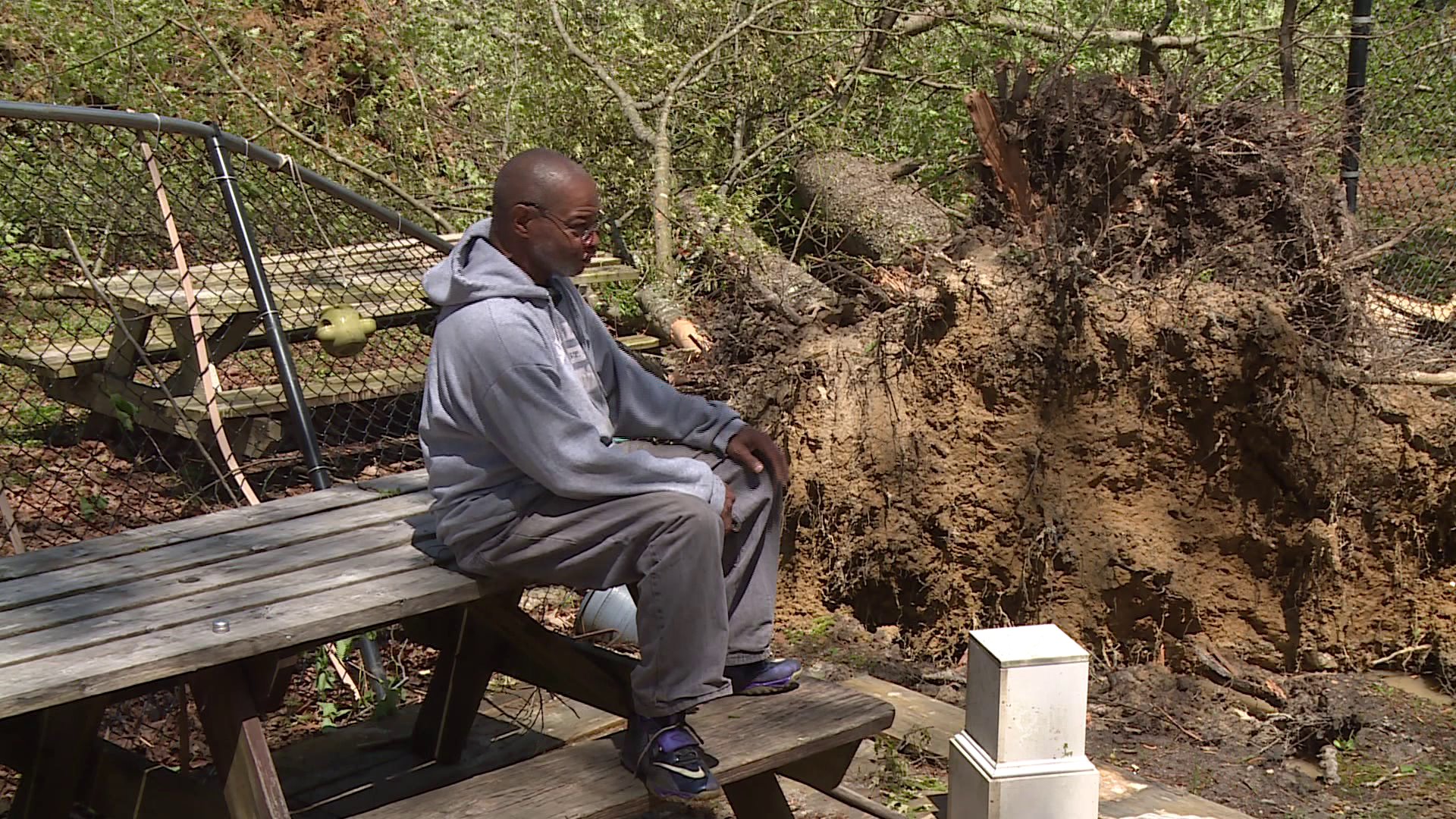 The remarkable part he said, was that his almost untouched home only suffered a small tear, from the worst storm he's seen in 20 years.

"I think if we would've came home and stayed home, everything you see laying over there would have been laying on this house," said Rainey. "But you don't want to take that chance."

National Weather Service crews plan to survey Charles City on Monday to determine if the damage in the county was officially caused by a tornado. The Good Friday storms triggered at least 12 tornadoes in Virginia.