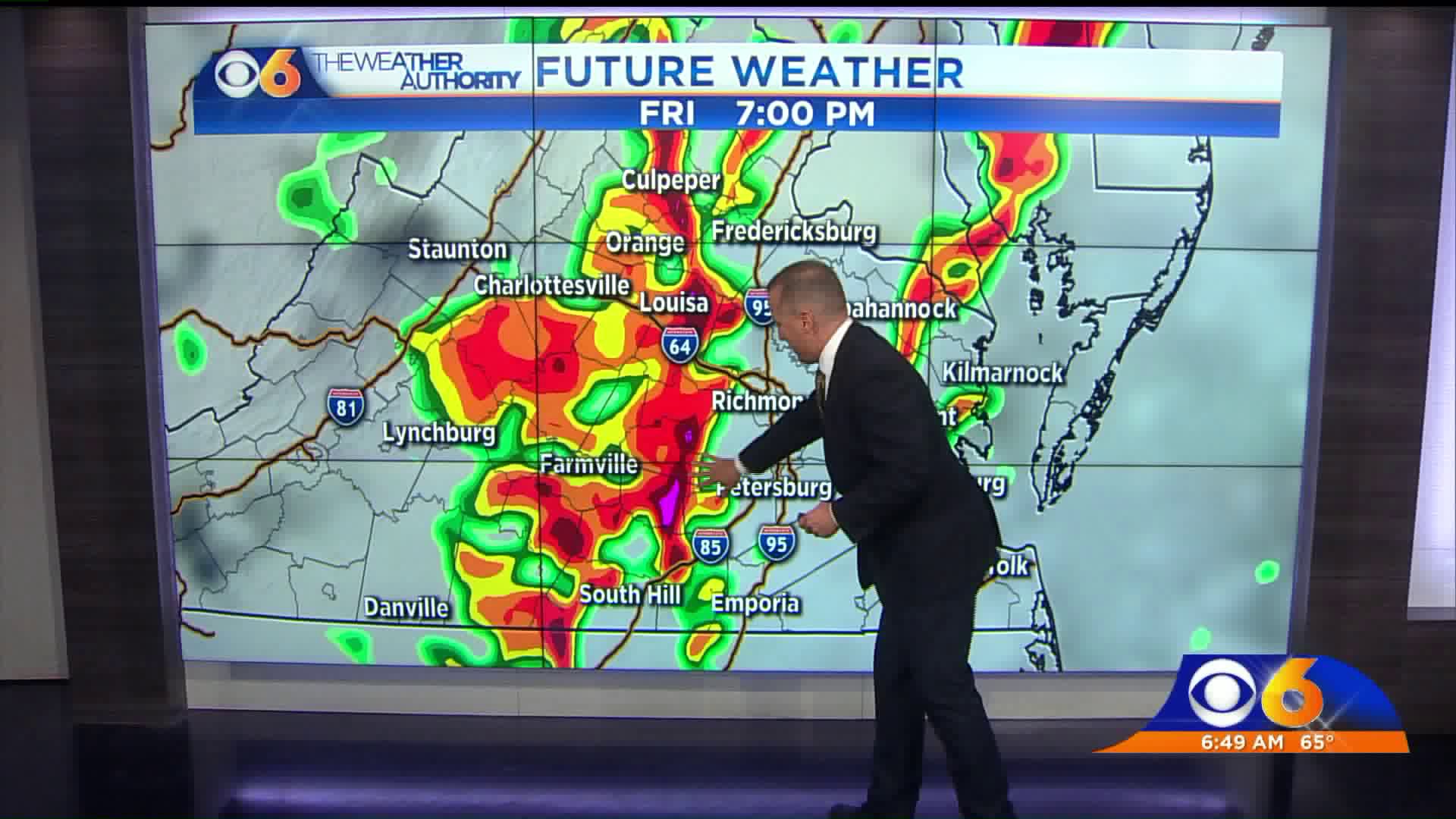 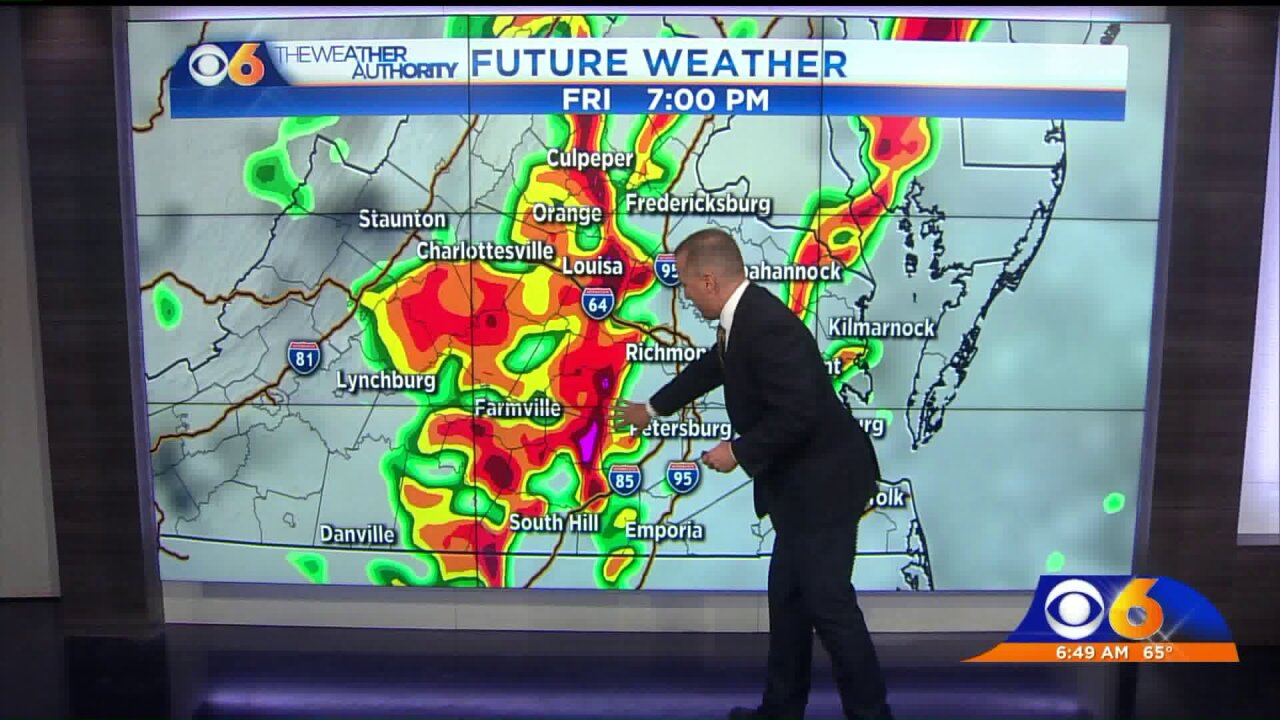 RICHMOND, Va. -- A powerful storm system, responsible for widespread severe weather across the central and southern United States, will move into Virginia on Friday.

There will be clusters of occasional thunderstorms throughout the day.  Some of the first severe storms could occur by midday.

Storm chances will increase during the afternoon and evening.  Some of the strongest storms may occur with squall line moving through between 8 p.m. and 2 a.m. 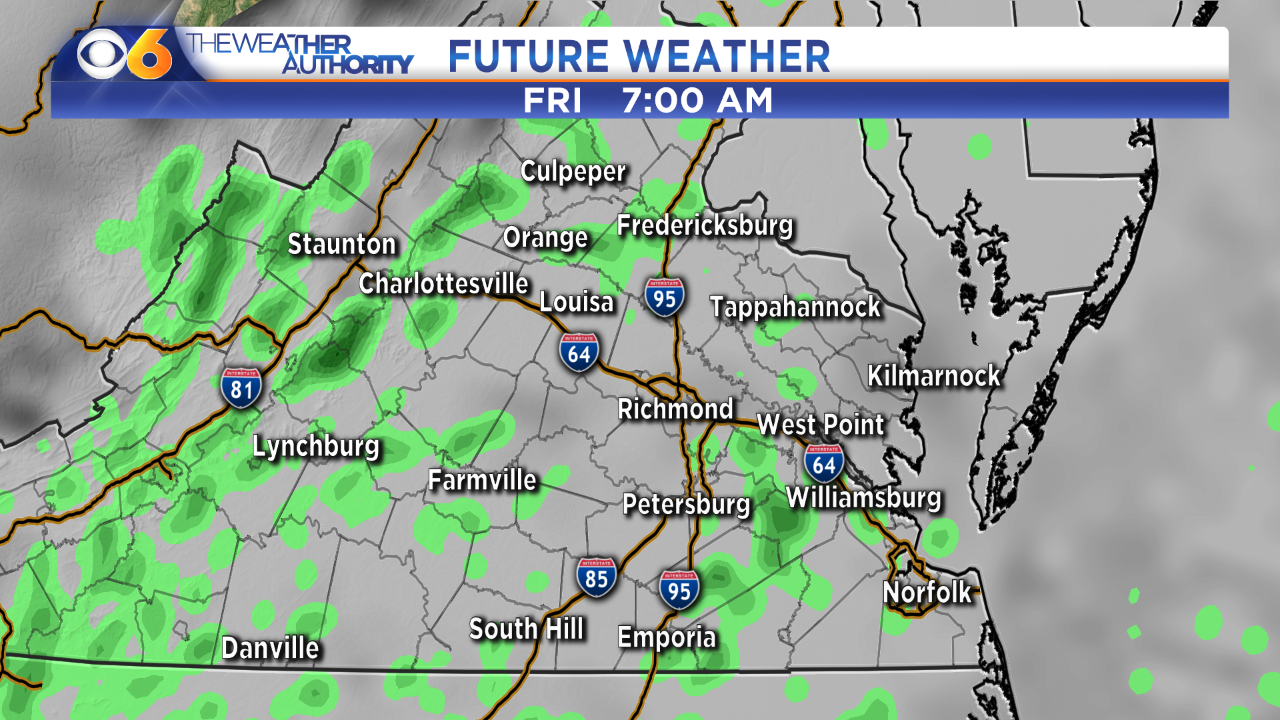 Storms will produce heavy rainfall, and areas that see repeated storms could receive over two inches of rain.  The primary severe weather threat will be damaging wind gusts in excess of 58 mph.  Some of the storms will also produce large hail.  Due to the potential for some rotation in the atmosphere, isolated tornadoes cannot be ruled out.

The storm threat will end in Richmond by around midnight or 1 a.m., and in eastern Virginia by 3-4 a.m.

Stay With CBS 6, The Weather Authority