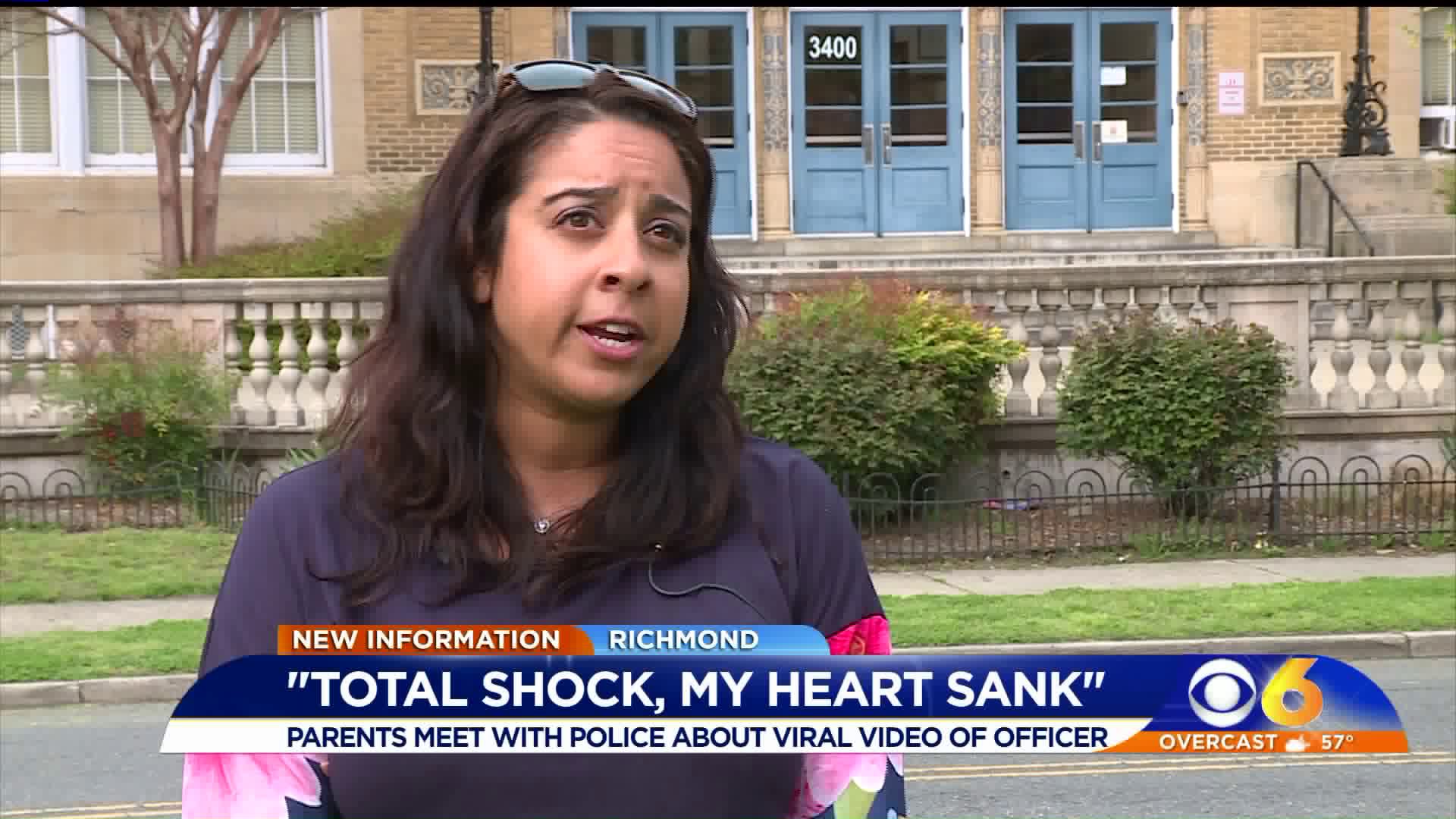 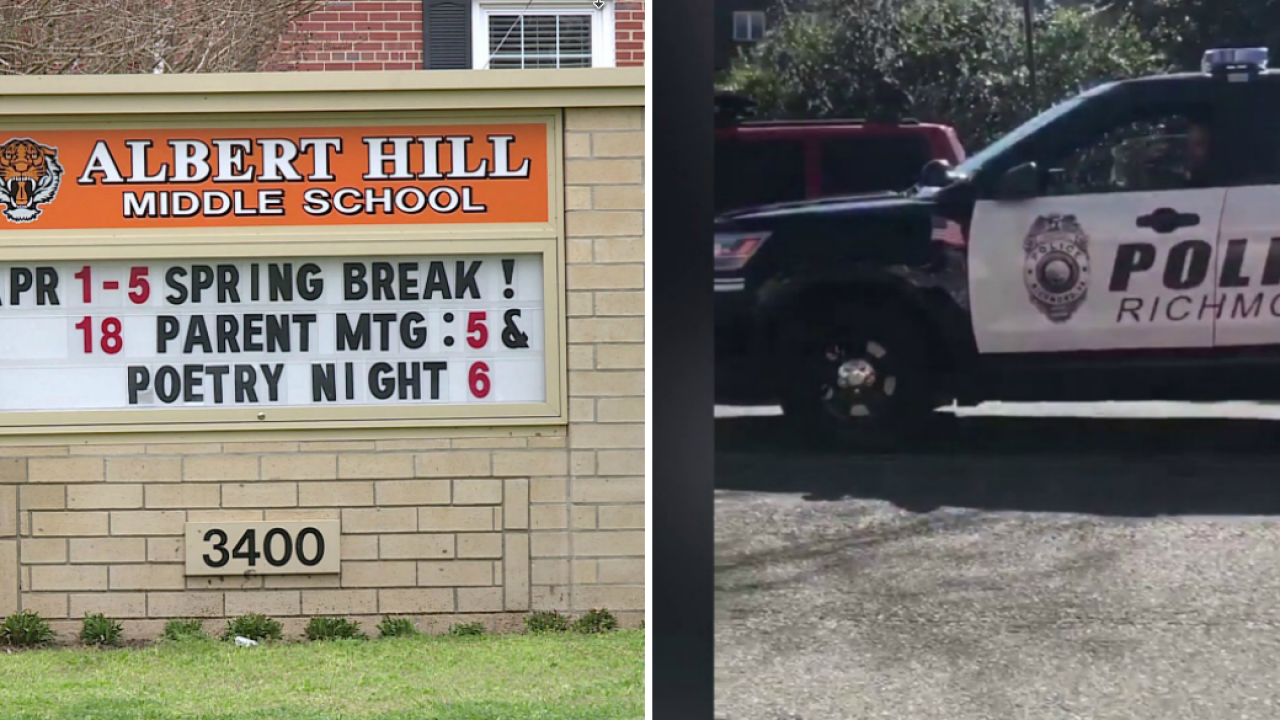 RICHMOND, Va. -- Parents and teacher packed Albert Hill Middle School Thursday evening for a PTA meeting but this one was a little different.

"To talk about the relationship between our Hill community and the Richmond Police Department," said Hill PTA President, Rupa Murthy.

It's a relationship that parents and police want to become stronger after video went viral several weeks ago showing an officer using choice words towards students.

"It was a total shock, my heart sank and I think the whole community has been upset and traumatized by this.," said Richmond School Board member, Liz Doerr.

Thursday's PTA meeting was to address that video.

"They want to address the issues that we`ve seen here at Hill and quite frankly across the city, that was incredibly heartening," Murphy said. "And I hope this is the start of many meetings that perhaps might happen across the city."

Richmond Police said the department completed an internal investigation of the veteran officer after a 25-second clip, recorded March 28, showed a group of Albert Hill Middle School students involved in verbal altercation with the officer.

The interim chief said the officer involved has served in various precincts across the city and does not have a "significant discipline history." In fact, Smith said the officer received one complaint about his 15-year tenure and missed court only one time.

CBS 6 was not allowed inside the closed the meeting on Thursday, but parents like Keisha Curry said the conversation was a good one.

"Everybody, like I said, was one accord. Everybody forced their opinions on the chief and he stepped back, listened, took it all in and he related to it," said Curry.

"We appreciate the commentary from parents and the community as a whole. And we look to go on from there," added Richmond Interim Police Chief William Smith.

Richmond police said the officer involved will attend mandatory remedial training and has been assigned to another jurisdiction.

"Of course that didn`t sit to comfortably with me, and we did express our feelings about that," said Curry. "So I`m not sure what changes will be made but they really did listen to us and felt what we were saying."