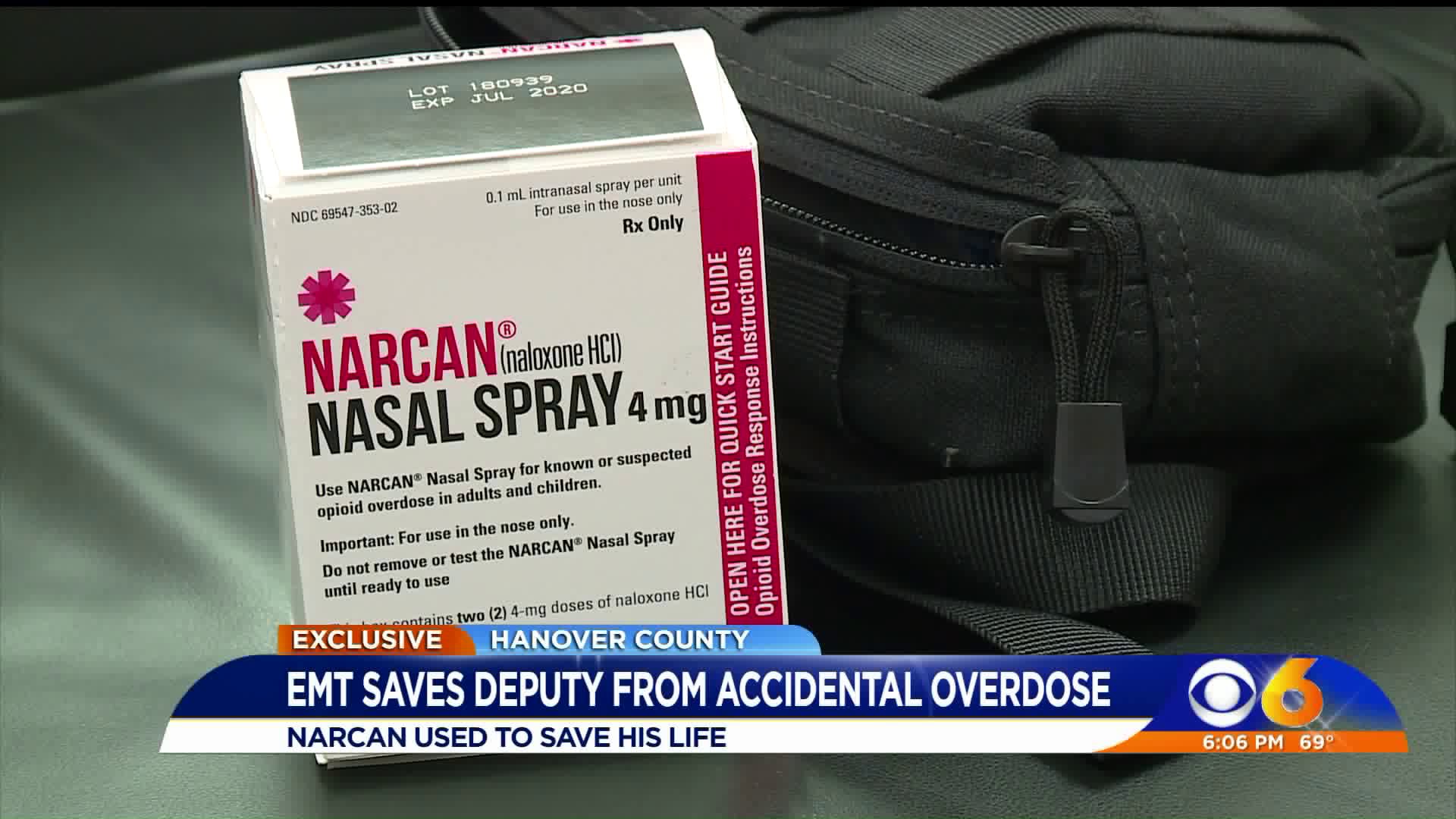 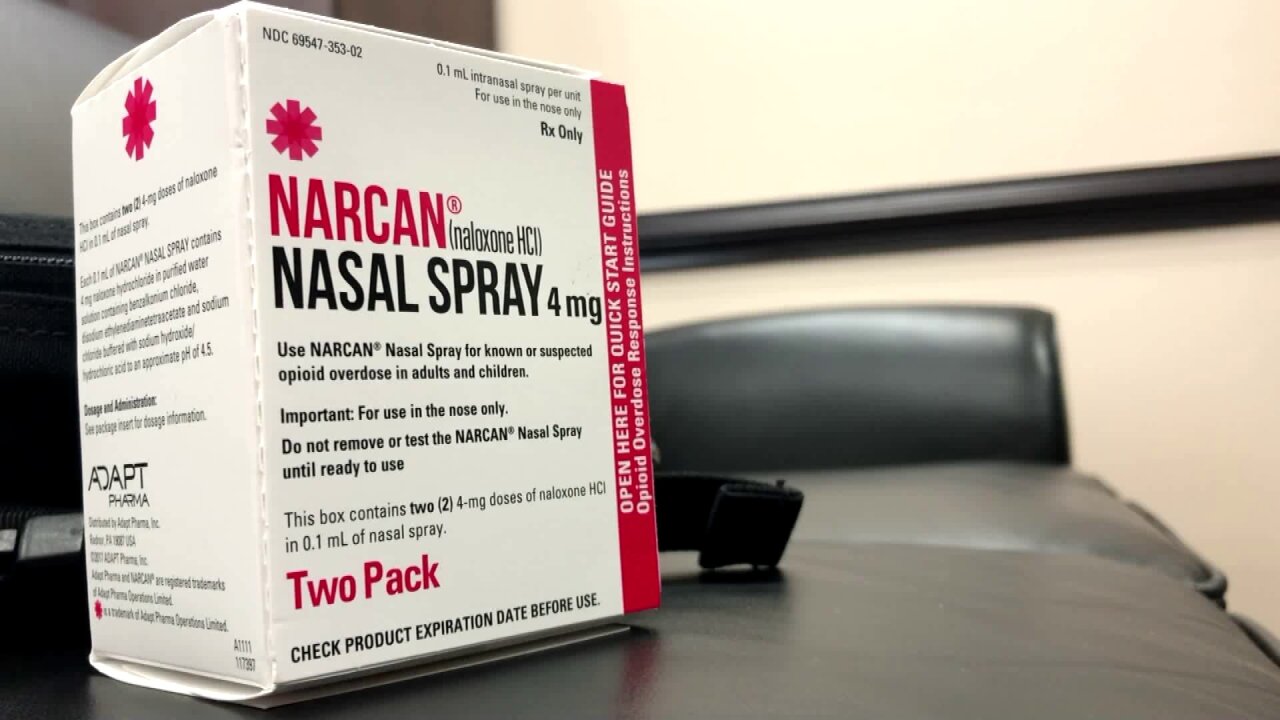 MECHANICSVILLE, Va. -- A Hanover County Sheriff deputy was saved by another deputy and a first responder after an accidental exposure to opioids during a cardiac arrest call last week.

Hanover County Sheriff David Hines said it is the first time one of their officers was saved using NARCAN while in the field.

In 2017, Hanover deputies began carrying NARCAN nasal spray, a form of the opioid overdose reversal drug Naloxone, in their patrol cars after a donation by the McShin Foundation.

On April 4th, deputies were called to a home on Senn Way in Mechanicsville for reports of a person in cardiac arrest. The first deputy to arrive began administering aid, and continued once EMS personnel arrived a few moments later, Hines said. Eventually, the deputy’s supervisor noticed something was not right.

"The lieutenant noticed the deputy wasn’t responding well, didn’t look good, and all the sudden the deputy went out.  We had to use our NARCAN to bring the deputy back.  He had an accidental exposure to some kind of opiate,” Hines said.

Both the lieutenant and an EMS professional administered doses of Naxolone, and Hines said the deputy came too after the second dose. The deputy was taken to the hospital but has since recovered, according to Hines.

A week has passed since the incident, and Hines said it is still a mystery as to how the exposure happened. Although more testing needs to be completed, the deputy’s positive response to the NARCAN shows it was an opioid exposure and Hines said they believe fentanyl or carfentanil may have been present.

"I do think it’s poison, I don’t know what else you would call it,” Hines said. “This is a danger that law enforcement faces now we never thought we’d have to face.”

Just two days before the incident in Hanover, a Virginia State Police trooper saved the life of a Richmond Police officer who was suffering from an accidental exposure to narcotics while making a drug arrest.

Hines said their officer was saved because of the quick action by his colleagues, who had the NARCAN readily available.

“We always thought exposure would be in the packaging of evidence, certainly not in providing service to a cardiac arrest,” Hines said. "This was a perfect example of why we carry it. It saved one of our officers, and we’ve saved several citizens with it also.”

Since NARCAN became standard issue in Hanover in 2017, deputies have dispensed doses 22 times; officials said 20 of those instances stopped residents from opioid overdoses.

Due to this incident, the Sheriff’s Office will likely include gloves, masks, and other protective items inside deputy’s NARCAN pack moving forward in hopes of limiting accidental exposures.

More than 1,200 people died from opioid overdoses in 2017, the highest number in a decade. Since 2013, fatal drug overdose has been the leading method of unnatural death in Virginia, surpassing all other forms of unnatural death including homicide, suicide, motor vehicles accidents, and undetermined deaths, according to state health officials.