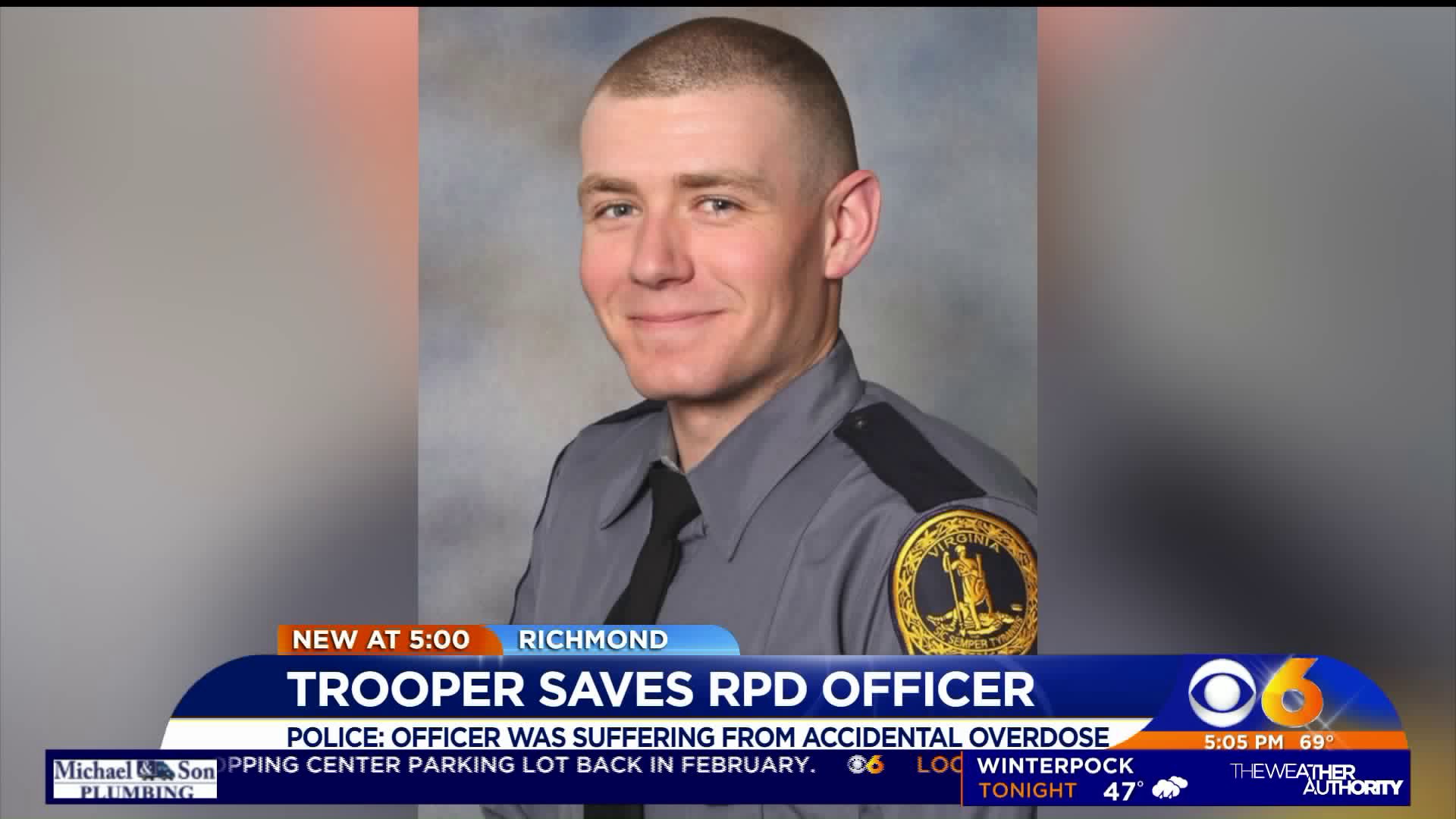 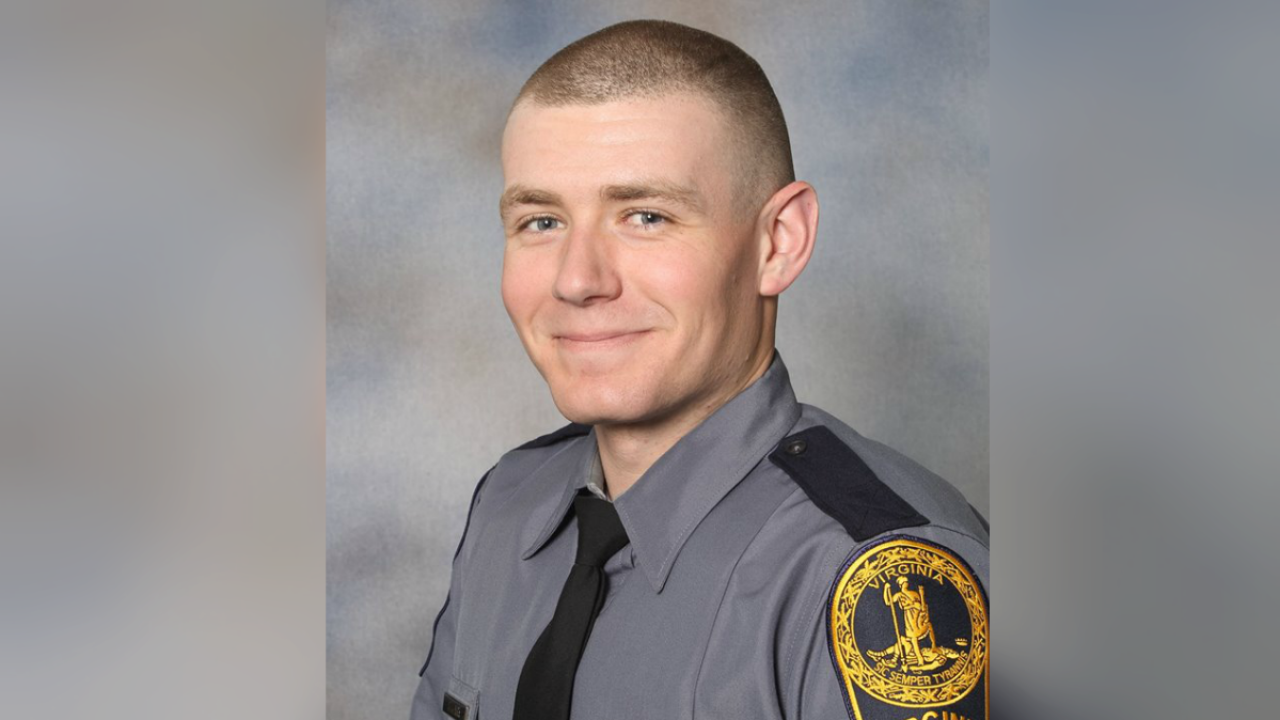 RICHMOND, Va. -- A Virginia State Police trooper is being called a hero after saving the life of a Richmond Police officer who was suffering from an accidental overdose after being exposed to narcotics while making a drug arrest.

Trooper Stuart suspected the officer had been exposed to drugs, so he quickly administered Narcan — an opioid overdose reversal drug.

The officer was checked out at the hospital and sent home.

“Thank you, Trooper Stuart for your quick and heroic action!” the department wrote.