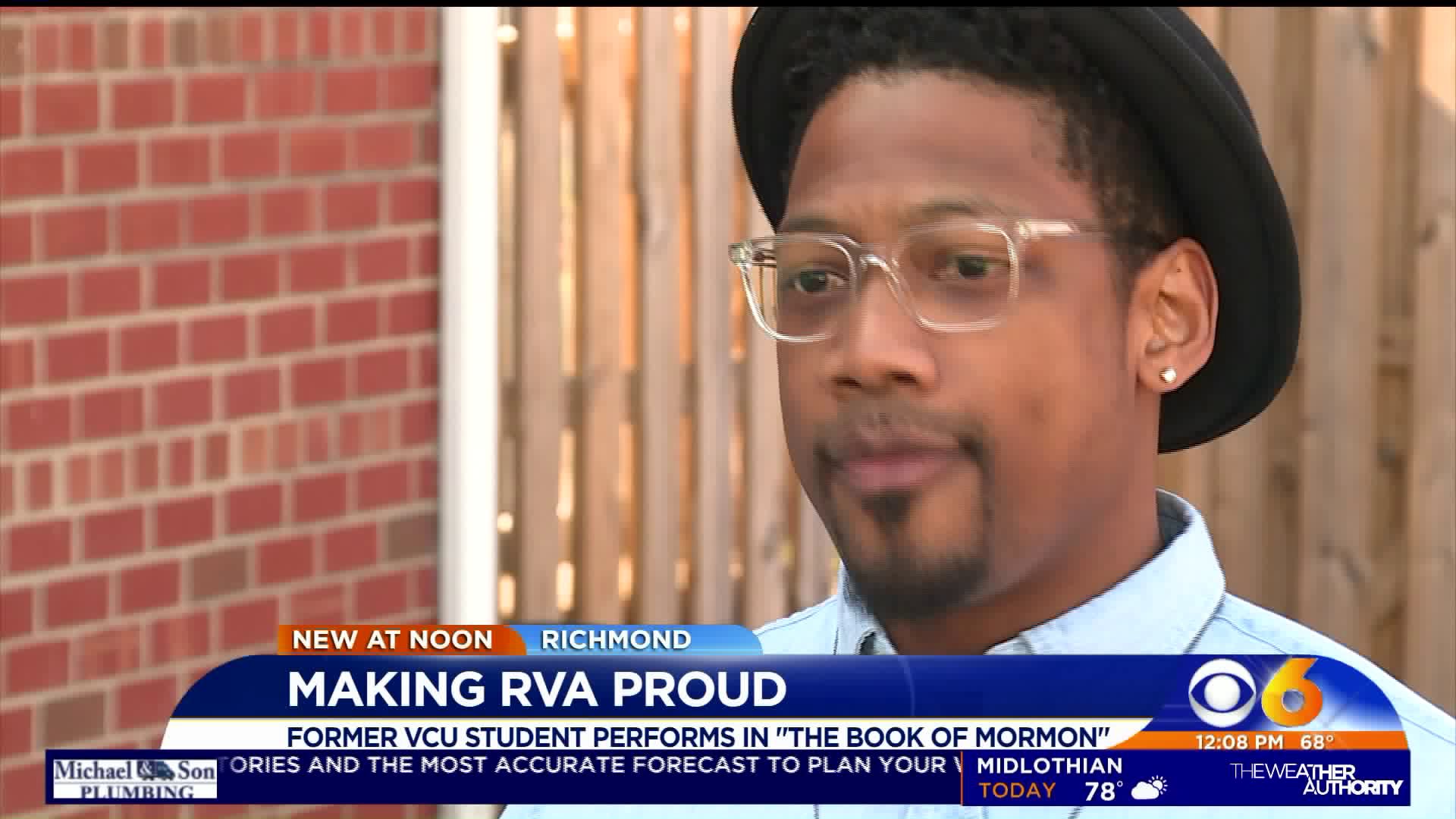 RICHMOND, Va. – An actor who attended theater school at VCU is back in Richmond this week performing in "The Book of Mormon's" national tour.

Twenty-eight-year-old Josh Marin, an accomplished actor who has starred in several productions, grew up in Harrisonburg.

As a boy, Marin said he dreamed of performing on the Altria Theater’s stage and was elated when he learned the show had a stop in Richmond.

"I was very excited to come here because just the implications of coming home, being in Virginia, being in my hometown, performing on the Altria stage, which has been one of my goals for -- I can’t even tell you how long," Marin said. "I've seen so many shows there, so being on the other side of that, it's just a really, really incredible feeling.”

Josh Marin performs in "The Book of Mormon."

“Told them about Mama J’s and Wong Gonzalez and some of the other places, King of Pops and Charm School,"  Marin said. "The Murals, the arts. Really just an incredibly diverse community of art.”

When they're not resting up from the two and a half hour show, Marin told his colleagues to check out Maymont, the iconic, 100-acre Victorian country estate overlooking the James River.

Additionally, Marin advised cast members interested in shopping about Short Pump and called Carytown an "absolute must" for them.

Marin said folks seeing “The Book of Mormon” should "expect a lot."

"It's by the creators of South Park, so if you’re familiar with their humor, you’ll really enjoy this show a lot," Marin said. "This show is really about friendship and understanding our community. Going to different places and acclimating to that climate."

“The Book of Mormon” opened Tuesday at the Altria and has shows through Sunday.

"This outrageous musical comedy follows the misadventures of a mismatched pair of missionaries, sent halfway across the world to spread the Good Word," reads a description of what The New York Times calls “the best musical of this century.”

Folks can get a ticket to the show, which contains explicit language, for only $25 by entering a pre-show lottery at the box office. Names are drawn two hours before curtain.