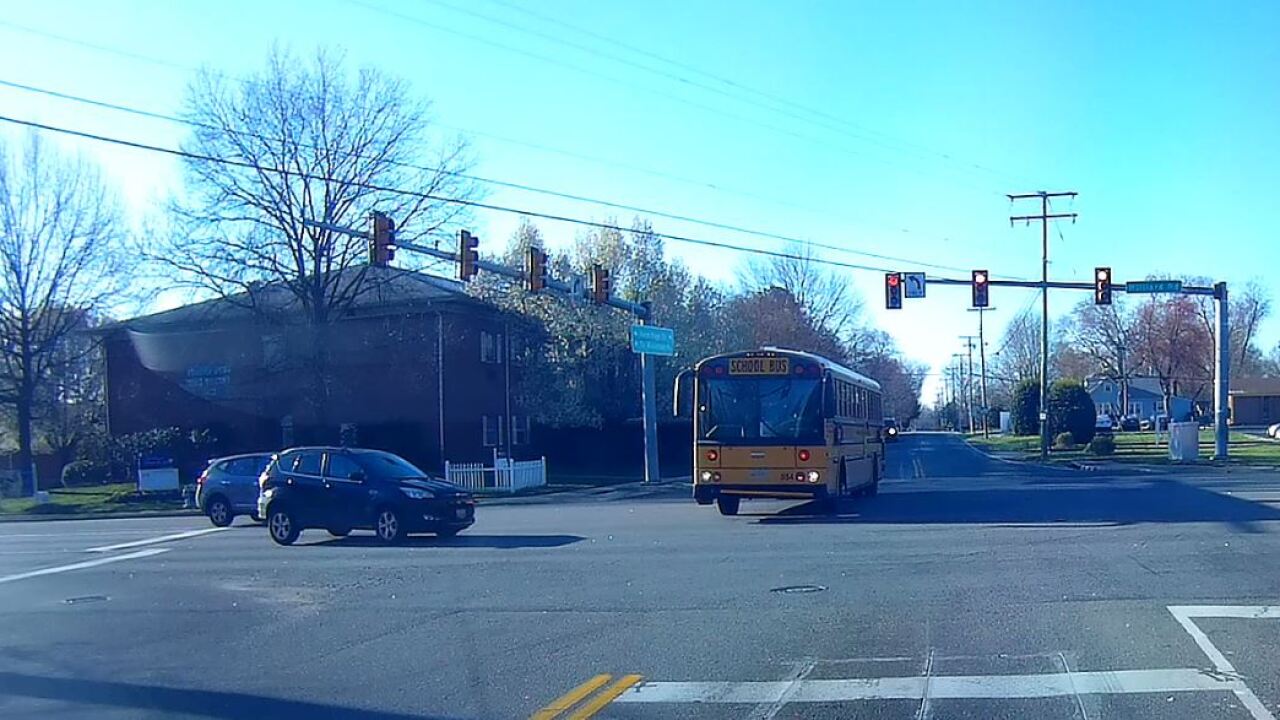 HENRICO COUNTY, Va. -- One student was taken to the hospital for treatment following a school bus crash in Henrico County Thursday morning.

That student's condition has not been released.

The crash, between the Hermitage High School bus and a SUV, was reported at about 8:40 a.m. near the intersection of Hillard Road and Hermitage Road.

Video recorded from a dash camera showed the school bus crossing Hillard Road when it was struck by the SUV.

The driver of the SUV was charged with failure to obey a traffic signal, according to Henrico Police.

This was the second school bus crash in Henrico Thursday morning.