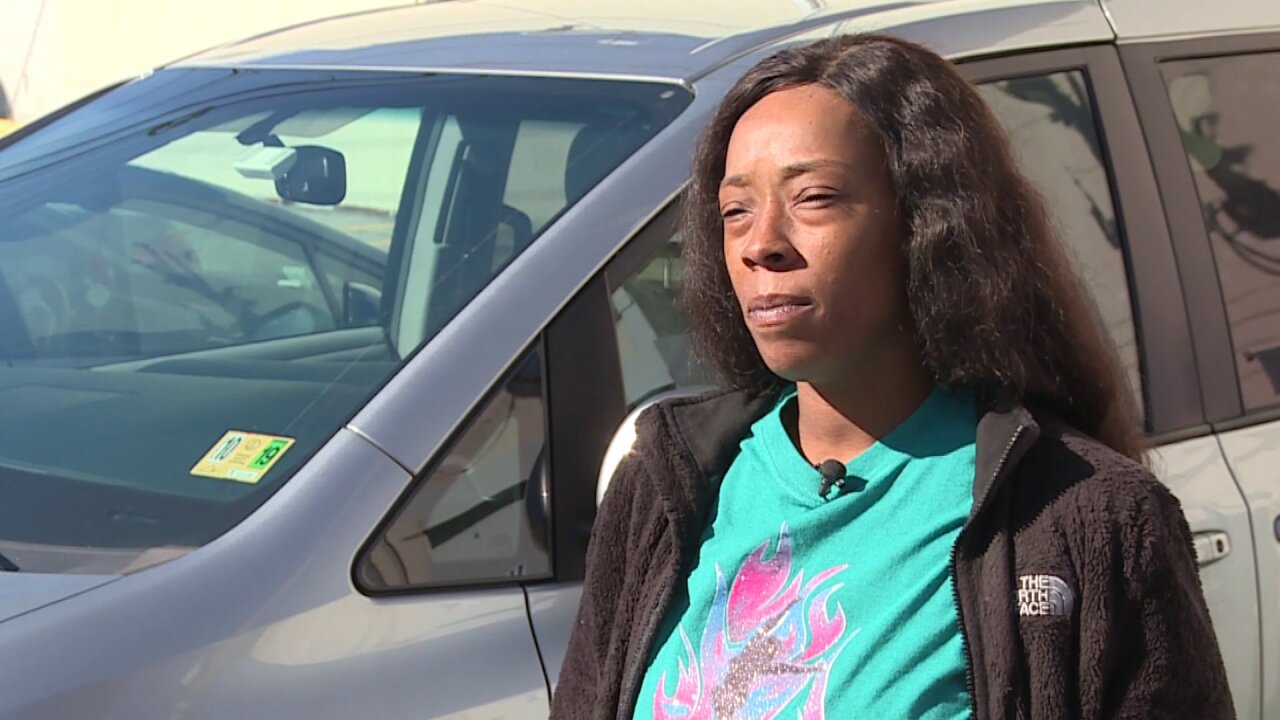 RICHMOND, Va. -- A dance competition organizer says she was the victim when a fight broke out and guns were pulled at Huguenot High School Saturday evening.

Taesha Pate is the founder of Violet Flames Majorettes and the organizer of Saturday’s dance competition.

Her third annual competition with 13 teams from across the east coast took a violent turn when a fight broke out and a handgun was brandished.

"When I saw the gun, I was just in disbelief because it was over 800 people in there. There were newborn babies in there, elderly people."

A North Carolina woman was arrested and charged with simple assault, brandishing a firearm, and felony carrying a firearm on school grounds.

Sources say that multiple guns were brandished during the fight.

"I just couldn't believe that someone would bring a gun into a school, at a kid’s function," said Pate. "I have kids that are traumatized."

The dance mentor says the incident happened as the grand champion was announced.

"They were just upset that they didn't place or win anything," said Pate.

Police arrived to find the fight in progress. Officers were able to end the disturbance and arrest the suspect, identified as Falan Brown, 36, of High Point.

She has been released on bond and allowed to return to North Carolina, according to court paperwork.

Pate says she had never seen the woman before.

The judge also made it clear in the paperwork, Brown is not allowed to have contact with the victim, directly or indirectly by mail, phone, or through other parties.

While the event ended in chaos, Pate says it will not be her last.

Police say several people suffered minor injuries as a result of the commotion. One person was transported to an area hospital with non-life-threatening injuries.

The dance competition was not a Richmond Public Schools sponsored event.

Brown's next court appearance is May 8 in Richmond.

Richmond Police are asking anyone that has cell video witnessed the fight to please come forward.