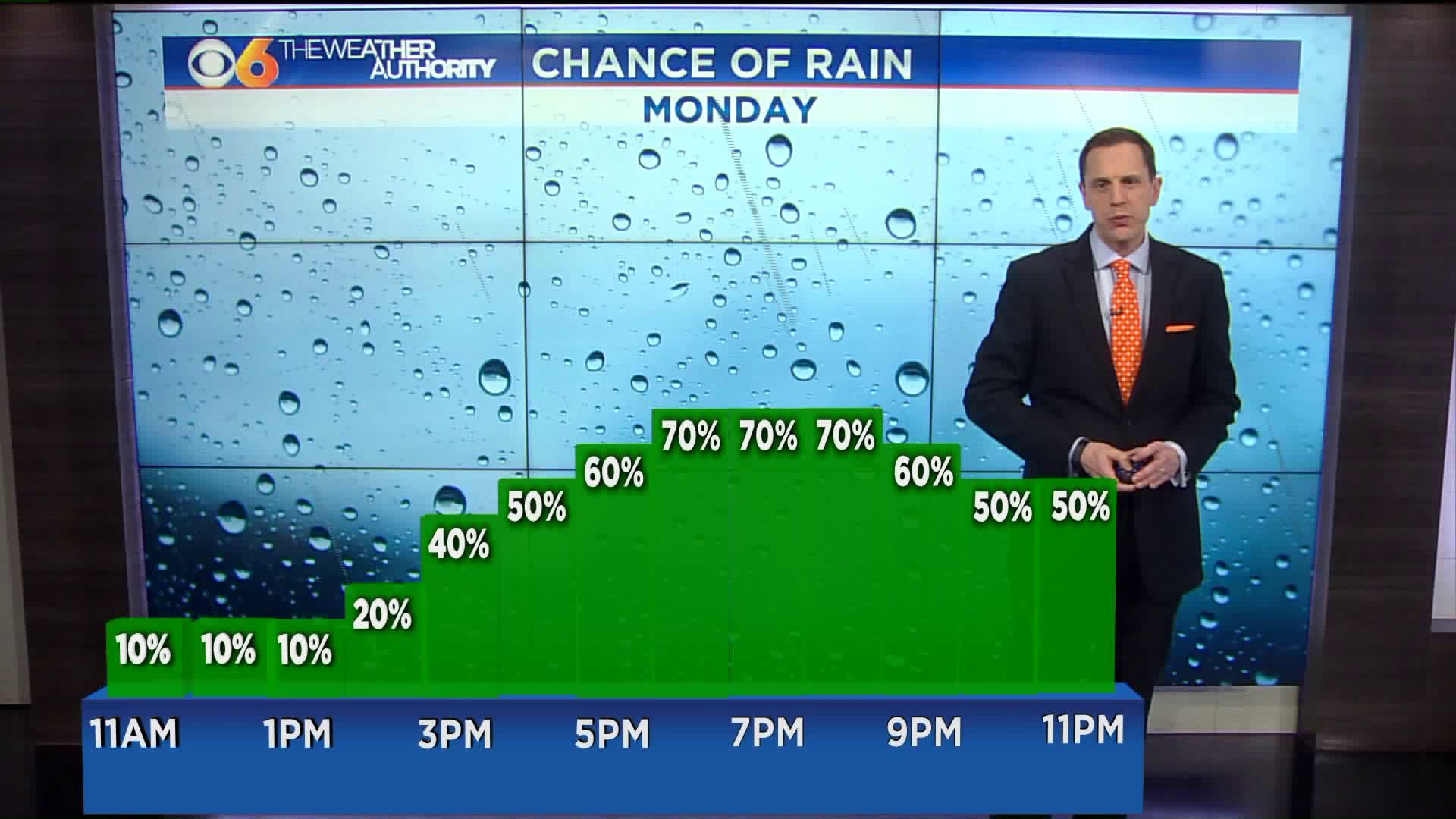 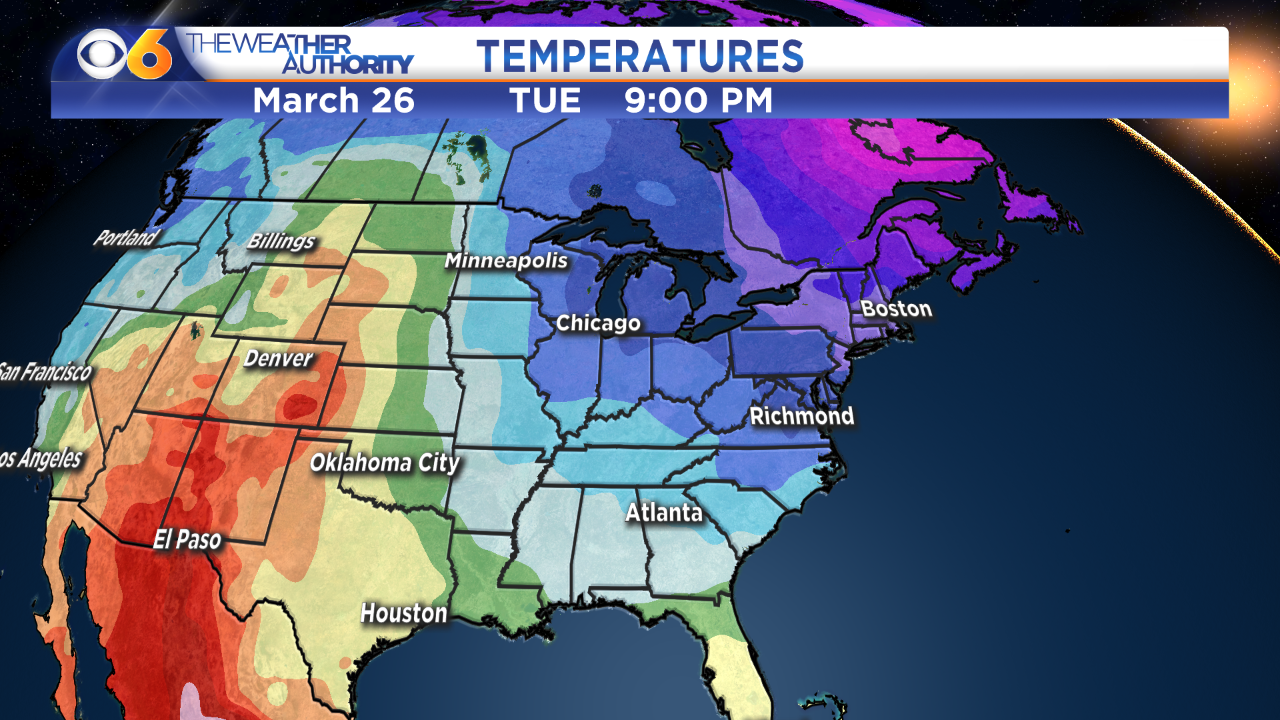 RICHMOND, Va. -- Low temperatures dropped into the 20s Sunday morning.  These values were over ten degrees below normal.

High temperatures Sunday will be in the 60s with a few spots hitting 70°.  Temperatures will stay mild into Monday.

A storm system will bring showers to the area Monday.  A passing shower is possible during the first half of the day, but rain chances increase after noon near I-81, and will increase across the metro by late afternoon.

There will be occasional showers and perhaps some thunder Monday evening and Monday night. 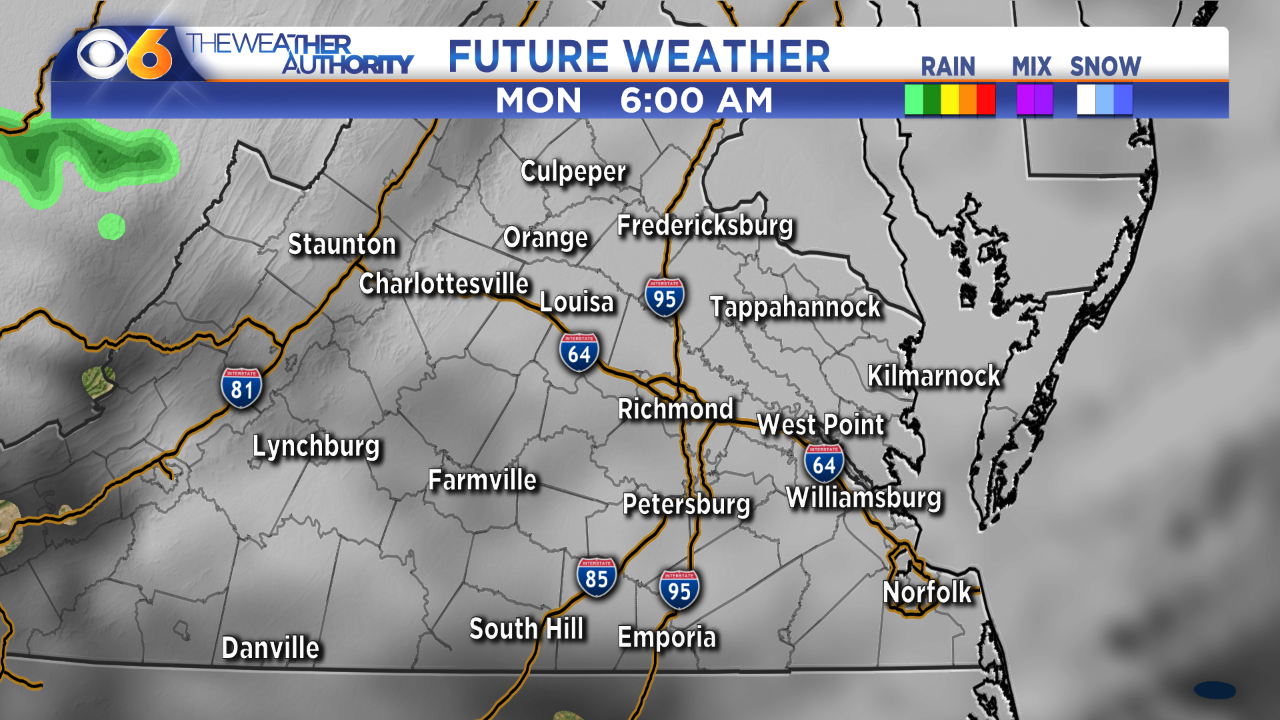 Most areas will be dry by daybreak Tuesday, but there could be a leftover shower southeast.  Clouds will decrease during the day.  It will be much cooler with highs from the upper 40s to the mid 50s.  Tuesday night will be cold again with lows in the 20s and lower 30s.

Low temperatures Wednesday night will be near 30°.

Another warming trend will take hold for the second half of the week.  Highs will be in the 70s Friday and Saturday.

A front will move through on Sunday with a few showers, and this will also bring cooler weather for the beginning of the following week.

Stay With CBS 6, The Weather Authority