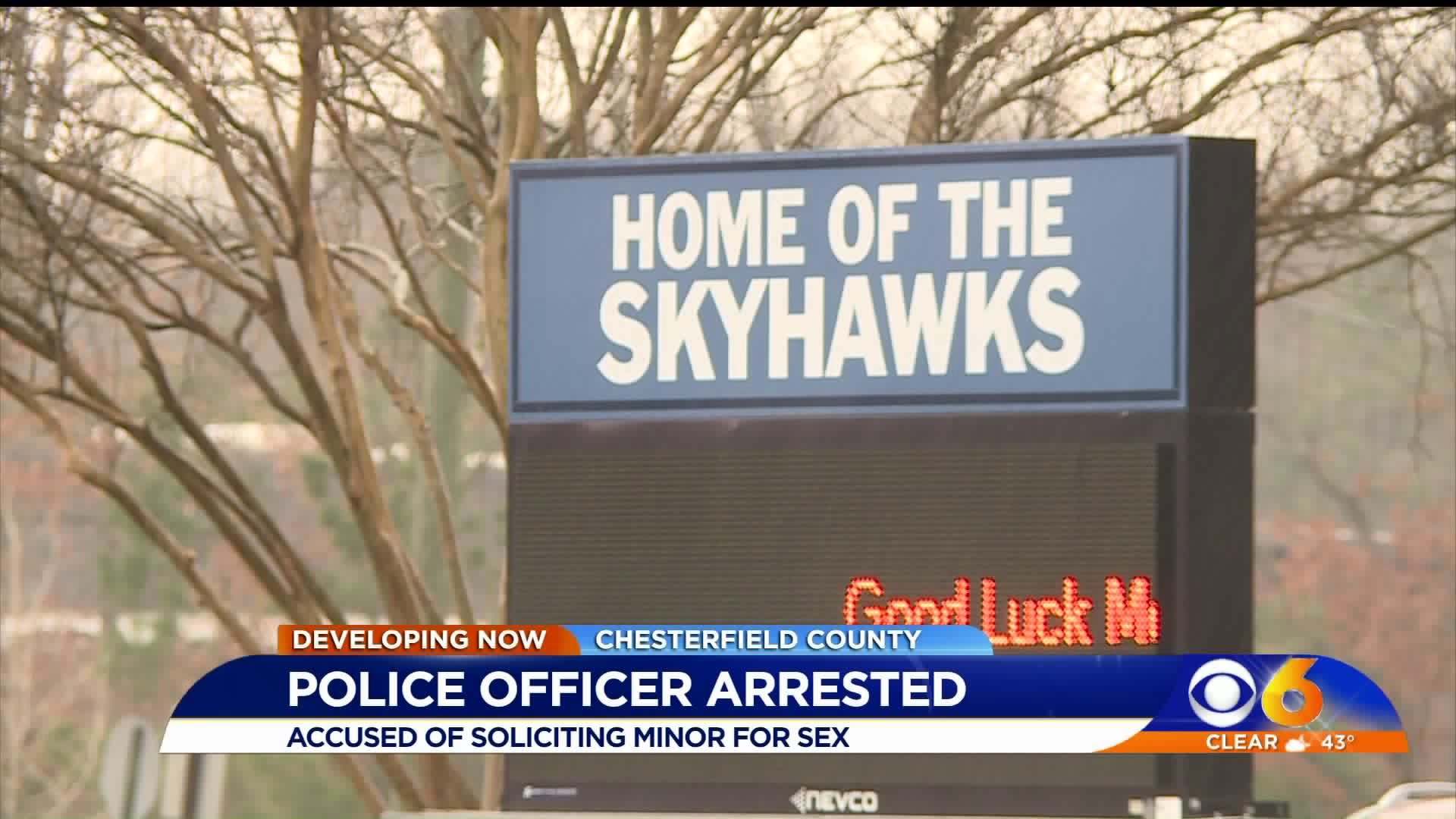 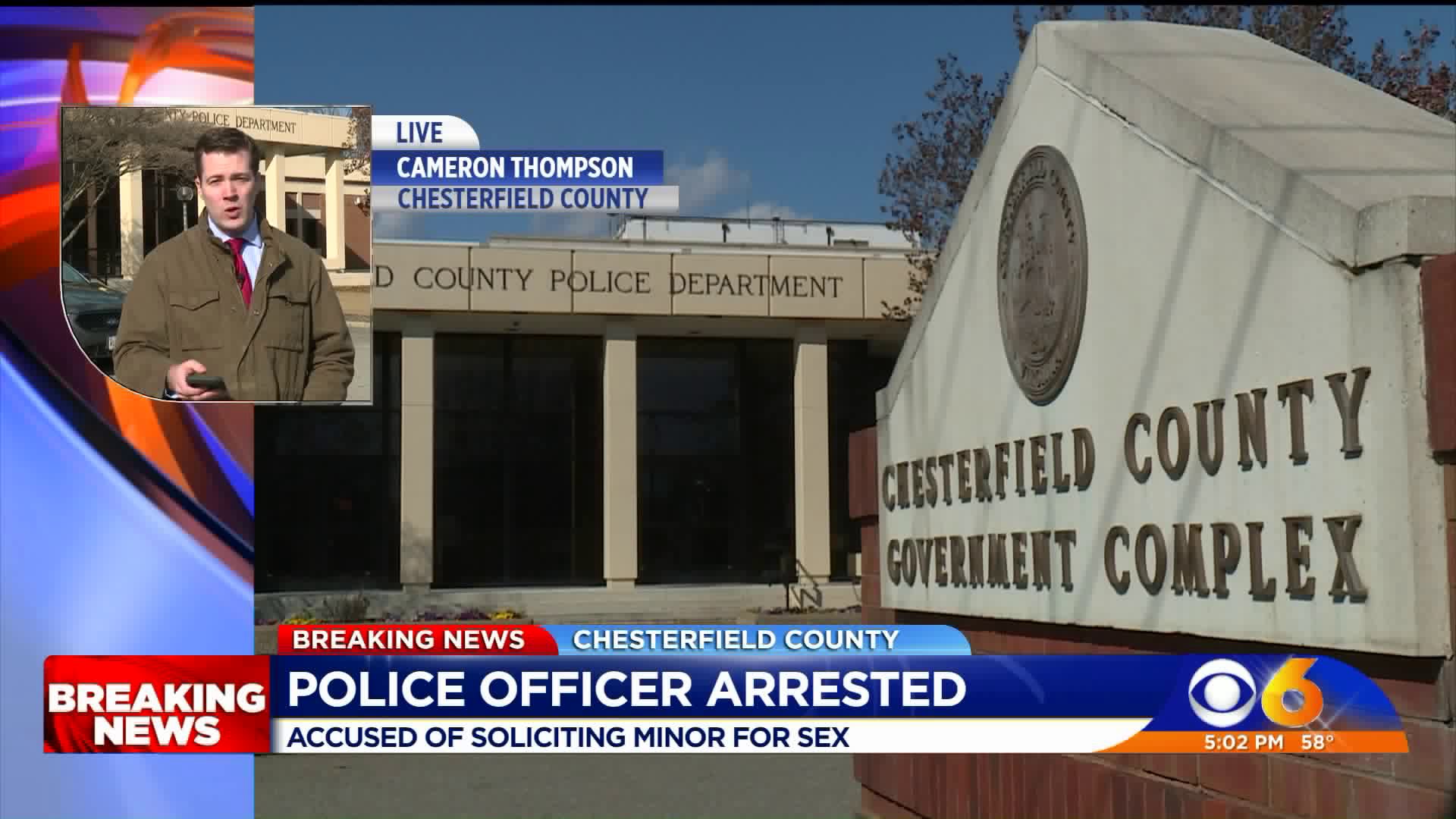 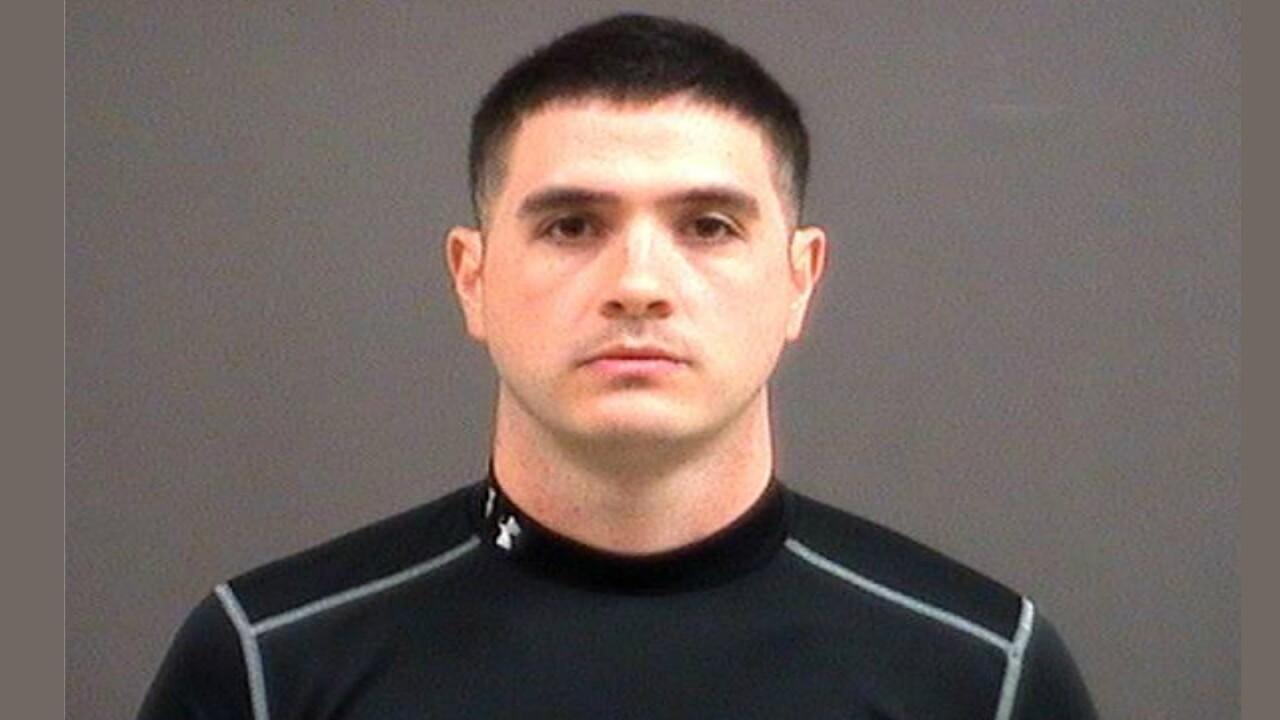 HANOVER COUNTY, Va. -- A Chesterfield County Police officer has been arrested after police say he tried to solicit a minor for sex online.

Steers-Smith is accused of soliciting a sexual encounter with a task force officer who was posing as a minor online. He has been charged with three felony counts of use of a communications system to facilitate certain offenses involving children.

“I am both disturbed and disgusted by the actions alleged and I want to say clearly and unequivocally that there is no place for such conduct by anyone in our agency, in our profession, or frankly in our community,” said Chesterfield Police Chief Col. Jeffrey Katz.

"As far as we know we didn't make any contact with a minor, he was speaking with another police officer."

Steers-Smith is a patrol officer who has been with the Chesterfield Police Department since May of 2017. Katz says the department is in the process of terminating his employment.

Per state law, the officer will have a five day due process period to respond to the charges against him.

Steers-Smith's arrest comes days after Chesterfield police suspended and recommended an officer for termination after claims that he is affiliated with a white supremacy group.

"There are going to be people who are going to make mistakes that are off menu and when they do, they need to know how we as an agency and as a community are going to handle that. I think we've made that clear this week," said Katz.

Katz also responded to the community who may have concerns about their police force after the latest serious incident in this week.

He is being held at the Pamunkey Regional Jail where be held without bond until his first court appearance Monday afternoon in Hanover County.

Anyone with additional information about this case is asked to contact the Hanover County Sheriff’s Office at (804) 365-6140 or the Metro Richmond Crime Stoppers at (804) 780-1000. Citizens can also download the “P3 Tips” app for their mobile devices to submit their tip. Both Crime Stoppers methods are anonymous.