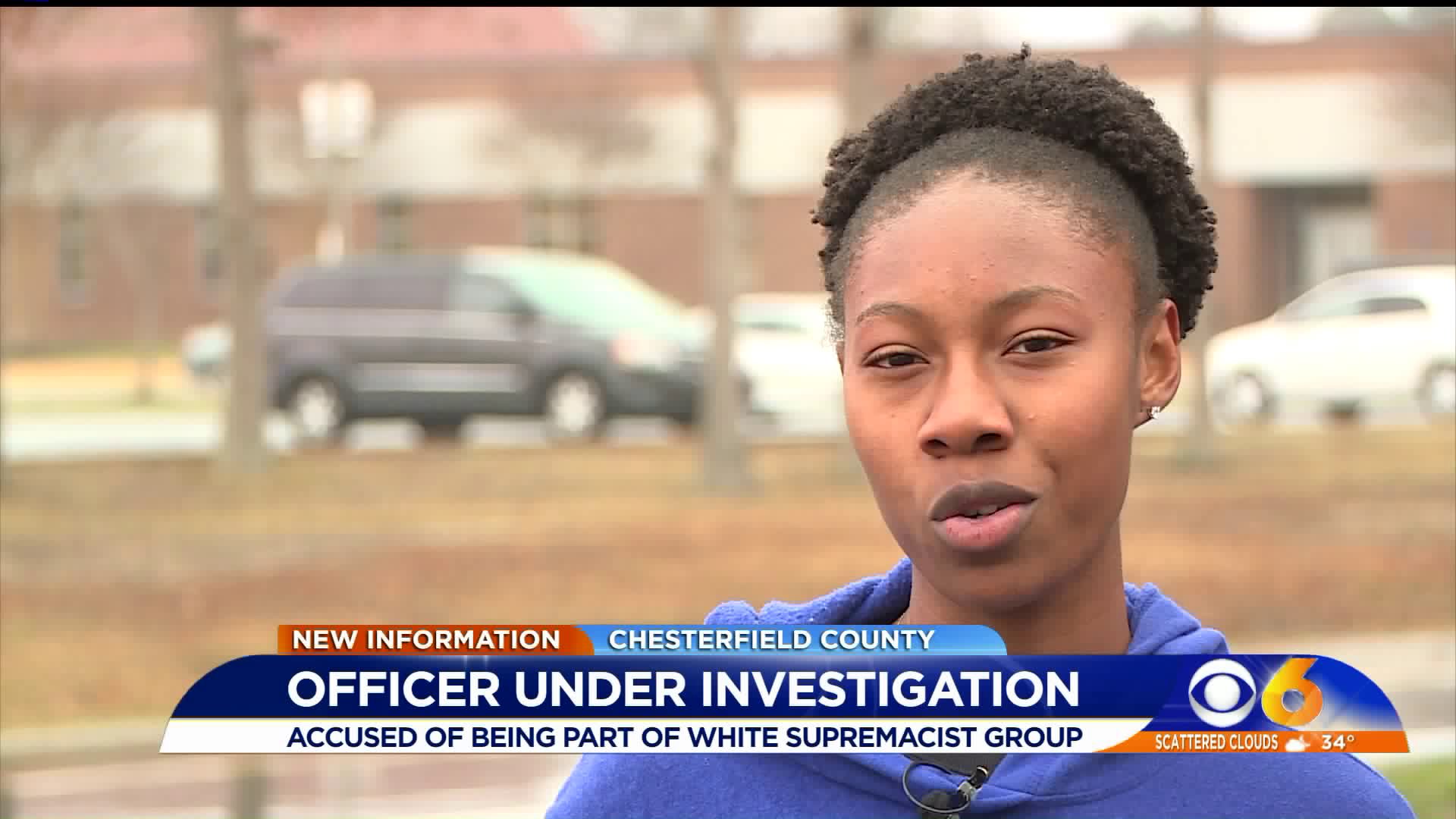 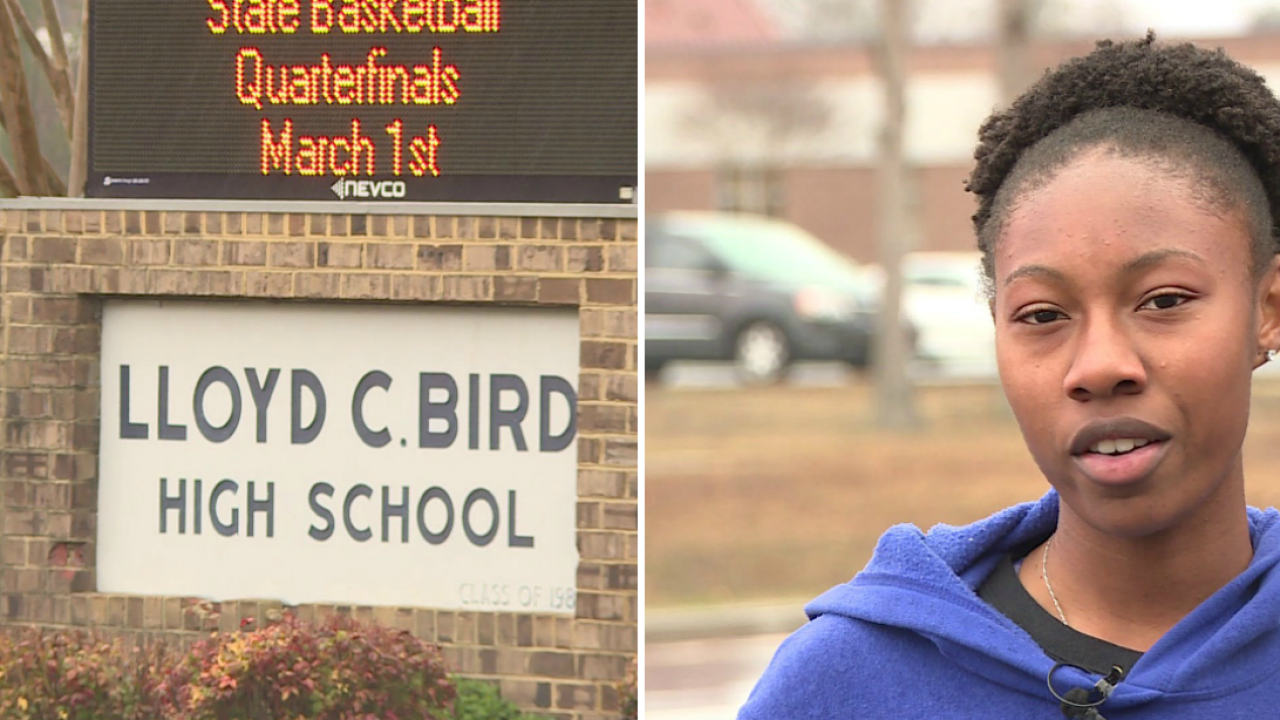 CHESTERFIELD COUNTY, Va. -- A Chesterfield Police officer serving as a School Resource Officer at L.C. Bird High School has been removed from his position, suspended, and recommended for termination after claims that he is affiliated with a white supremacist group called Identity Evropa.

Police have not publicly named the officer, but an email to parents at L.C. Bird High School said "two school resource officers will rotate at our school to assist with coverage for the foreseeable future," in light of the officer's suspension.

"I couldn’t believe it," exclaimed 11th grader Lnya Carpenter when she learned the news.

"We are concerned and committed to determining if there is any truth to these allegations," he wrote. "There is absolutely no place for intolerance or prejudicial behavior in public service, and we will not tolerate affiliations which even remotely lend themselves to predispositions of bias."

“At this point, the officer in question has been removed from his position as a School Resource Officer and has been administratively suspended from the police department pending a recommendation from Col. Jeffrey Katz for termination,” Caroon wrote.

"Before the officer’s employment may be terminated, the police department must follow the Law Enforcement Officers Procedural Guarantee Act, which is part of the Code of Virginia. In accordance with this state code, which you can find here, the officer shall be notified in writing of 'all charges, the basis therefor, and the action which may be taken.' Then, the officer has the opportunity to respond to the charges; the officer has at least five calendar days to respond unless he agrees to a shorter time period."

"This individual was not an employee of Chesterfield County Public Schools. However, the alleged behavior, if proven accurate, is abhorrent and is not reflective of the ideals or values that we expect demonstrated within our school community"

"The Chesterfield Police Department has shared with our school division that they have developed a plan to ensure that we have continued support for our school safety efforts. Two school resource officers will rotate at our school to assist with coverage for the foreseeable future.

We stand in support of our school community, and will continue to work to create an inclusive learning environment for all students."

"It's hurtful to figure out somebody working for our school feels that way and is working towards something like that," Wilson stated. "As a school -- as a community -- we shouldn’t really entertain stuff like that especially for somebody that’s working for us that’s keeping us safe."

She added, "You don’t really know what people do behind closed doors."

"Groups that want to promote a particular message, in this case of hate and divisiveness, are trying to make sure that they have positions of influence," Zur said. "Hate groups have a lot of strategies infiltrating institutions."

Zur expected Col. Katz and other police departments to re-examine their entire staffs in light of the accusations.

"The police department needs to spend some time looking in the mirror thinking about, if proven true, how was this is something that was able to slip through the cracks," he explained.

The fact that the accused officer was positioned so close to children worried Zur.

"I think there’s some additional concern around this being a school resource officer -- having influence where they are around young people and having some power over children in this situation," he said.

The alleged affiliation of the Chesterfield Police Officer with Identity Evropa was brought to light by the same group who raised concerns about a Virginia Capitol Police sergeant's alleged ties to white nationalist groups.