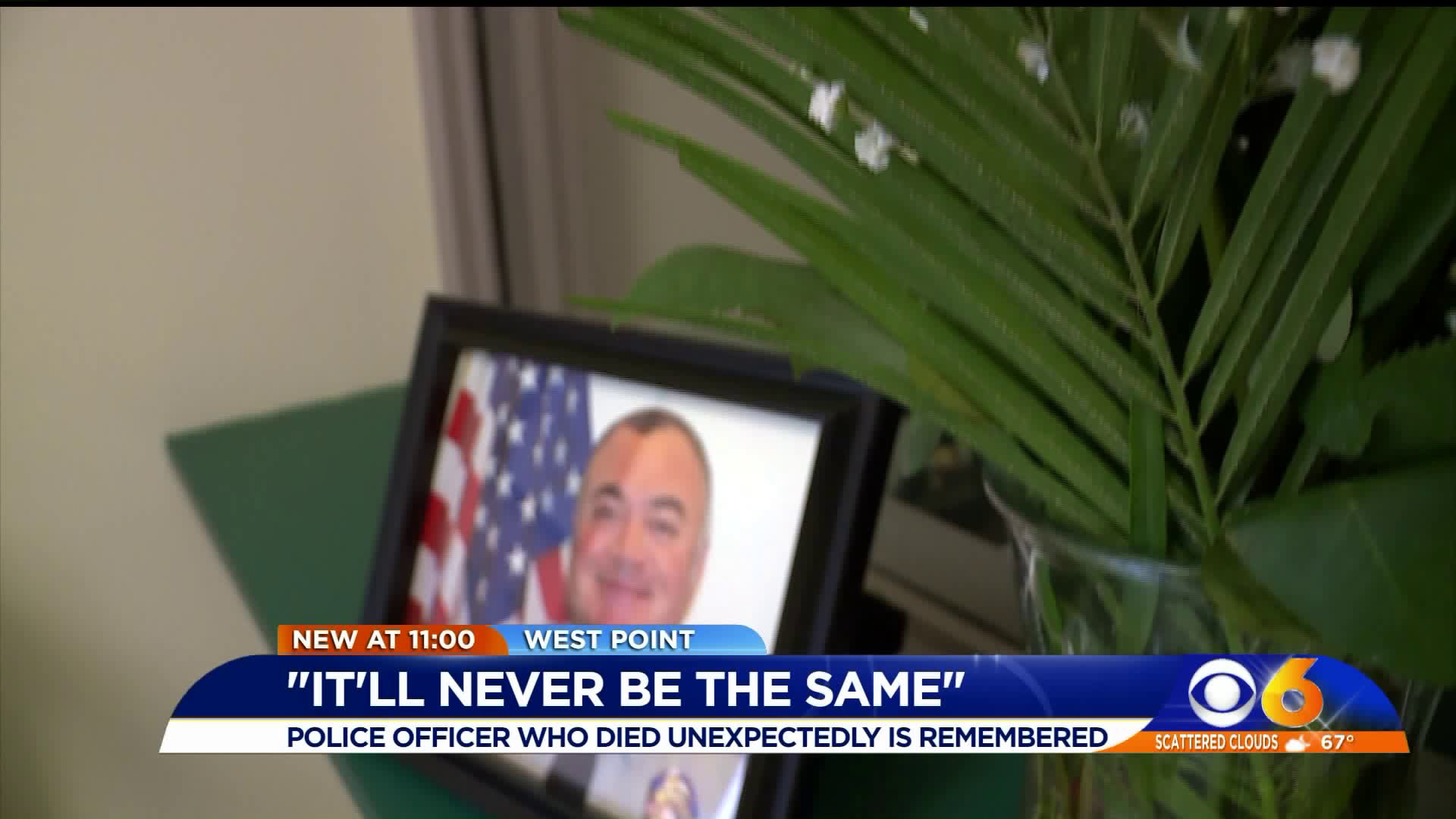 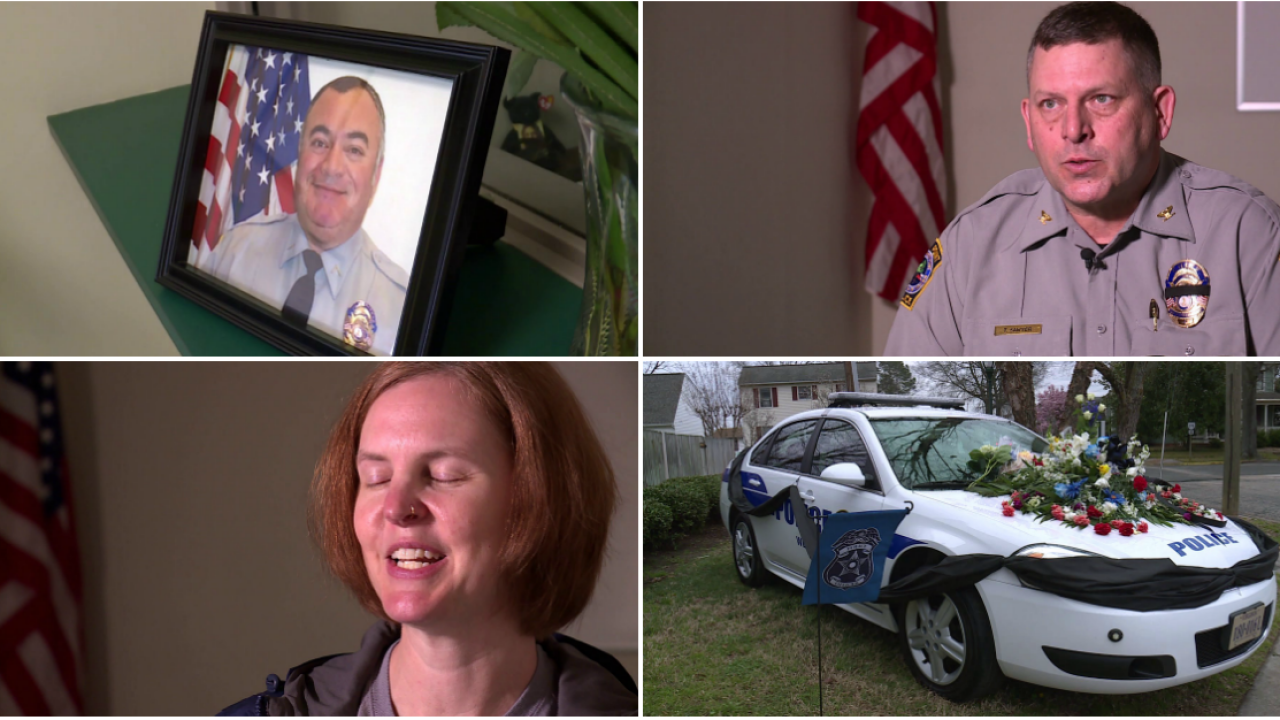 WEST POINT, Va. -- Flowers cover the hood of what was Master Officer Jason Harlow's cruiser as the West Point community comes together to remember the life of a small town hero.

The West Point Police Department now protects the streets without one of their own. "He was the face of the department, everybody knew Jason," said Chief Sawyer.

"When the police department formed, [he was] one of the first officers here and the last of the original police officers." said Chief Sawyer.

Harlow died unexpectedly at his home Tuesday afternoon. His cause of death is still unknown.

"Somebody ripping your heart out, that feeling," said his brother, Kenny Harlow.

His brother Kenny now reflects on the good times he and his brother once had.

"Jason loved the woods, loved to hunt, things like that," Kenny said.

His wife Susan now tries to stay strong, as she has to accept life without her high school sweetheart and best friend.

"We've been together for 20 years, I can't imagine it not being another 30 years," Susan said. "Most of the time it was, 'Oh, I'm not going, if you're not going.' And just being together and enjoying our life together."

Harlow not only touched his family`s lives, but the entire West Point community. Ace Hardware and the Women of West Point came up with the idea to light the town blue, and handed out more than 200 light bulbs that glowed through neighborhoods Friday night in his honor.

"It's just amazing, amazing and wonderful that they loved him so much," Susan said. "They loved me and my son that much that they're trying to take care of us, and honor him, so it's pretty great."

The police department plans to put up a memorial in honor of Harlow. The family will receive friends 12 to 3 PM Sunday, March 17th at the W.T. Robinson/Sture G. Olsson Civic Auditorium, 1060 Thompson Avenue, West Point, VA 23181, with a Celebration of Life beginning at 3 p.m.

Those unable to attend can view it online, by clicking here.