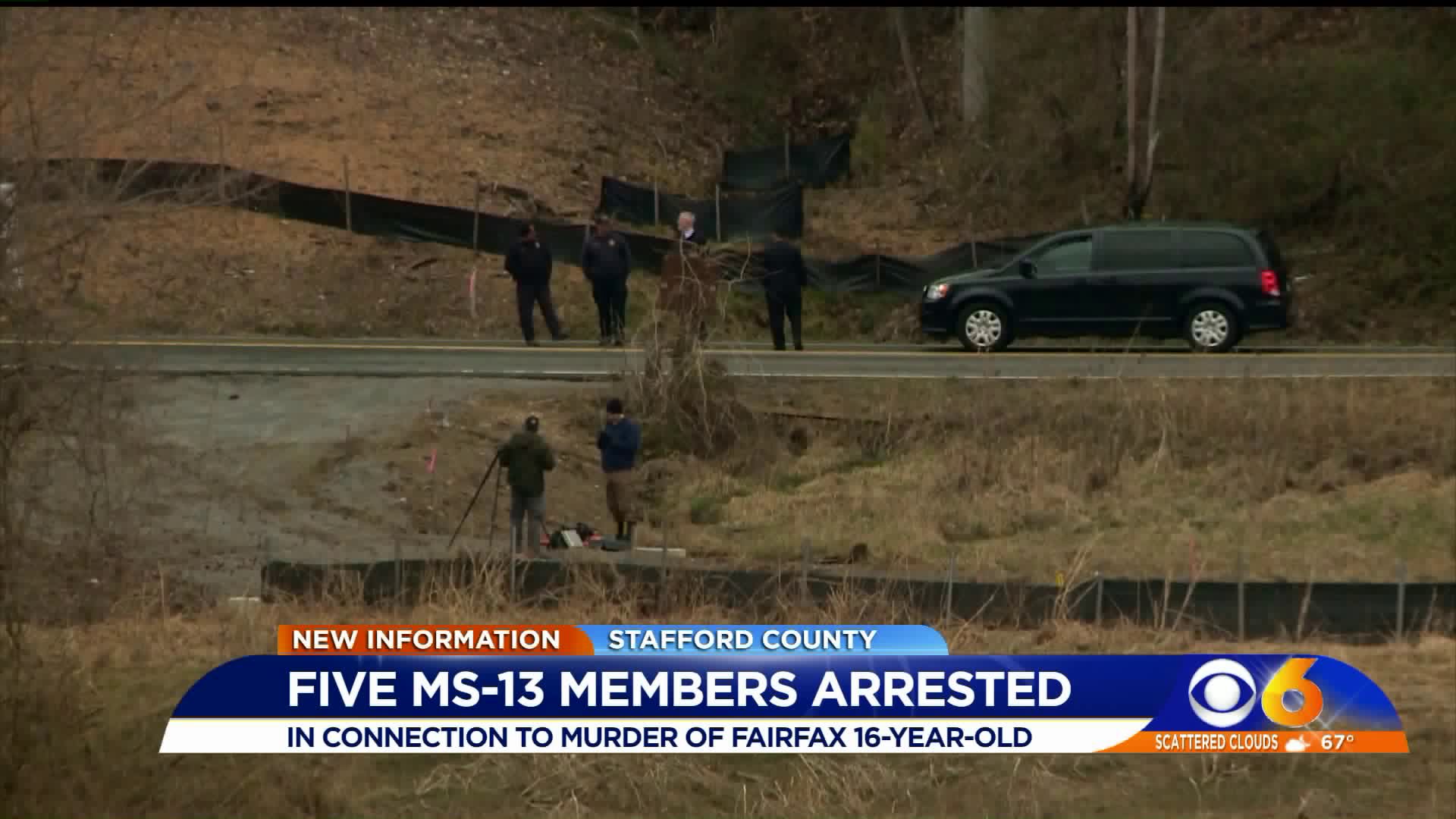 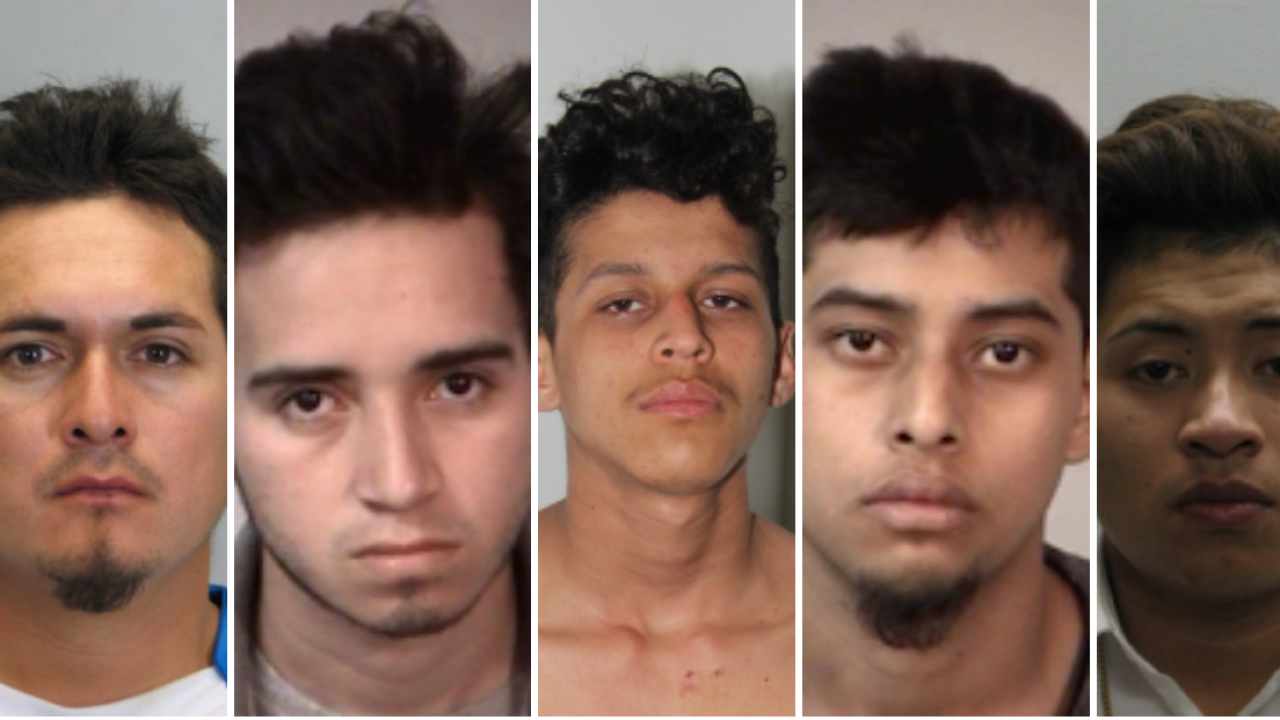 STAFFORD, Va. -- Five MS-13 members have been arrested in connection to the death of a 16-year-old whose body was found in Stafford County

The body of 16-year-old Jacson Chicas of Falls Church, Va.  was discovered near a wooded area in the area of River Road around 4:30 a.m. Saturday.

On Thursday, investigators determined that Chicas was killed inside of a home in the 7000 block of Varnum Street in Prince George County, Maryland before his remains were driven to Stafford County.

Police now believe the victim and the suspects are members of a MS-13 clique that operates in Fairfax County.  On March 8, the victim and several members traveled to Prince George’s County to attend a meeting at the home of the clique’s leader.

At that meeting, for reasons which are under investigation, there was a confrontation whereby  the 16 year old was attacked and killed.

The five suspects, Jose Ordonez-Zometa, 29; Jonathan Castillo-Rivera, 20; Kevin Rodriguez-Flores, 18; Christian Martinez-Ramirez, 16; and Jose Hernandez-Garcia, 25, have been charged as adults. They face charges of first-degree murder and other related charges.

If anyone has information on this investigation, they are asked to please call detectives at 301-772-4925.  Callers wishing to remain anonymous may call Crime Solvers at 1-866-411-TIPS (8477), or go online at www.pgcrimesolvers.com, or use the “P3 Tips” mobile app (search “P3 Tips” in the Apple Store or Google Play to download the app onto your mobile device.)