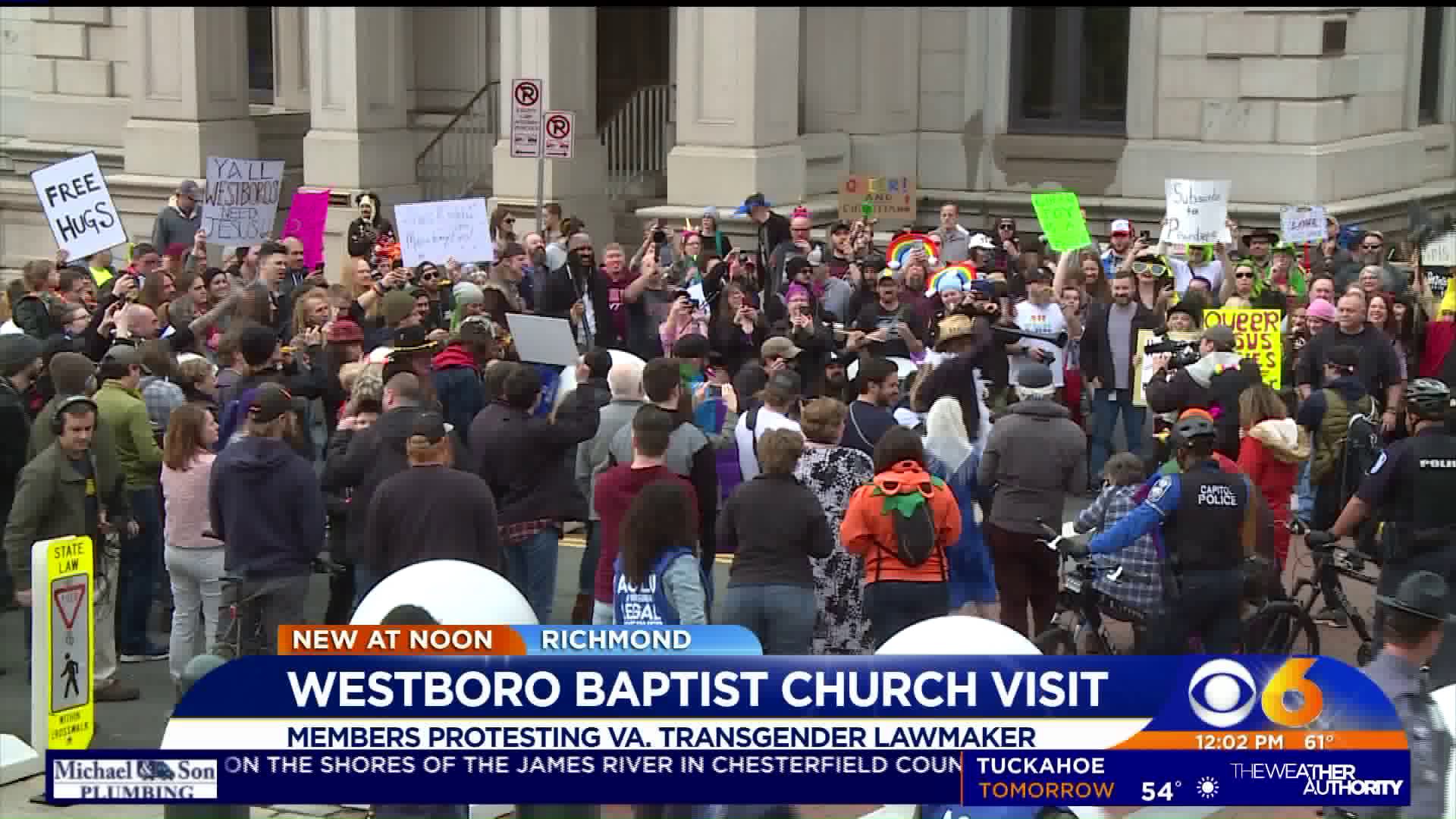 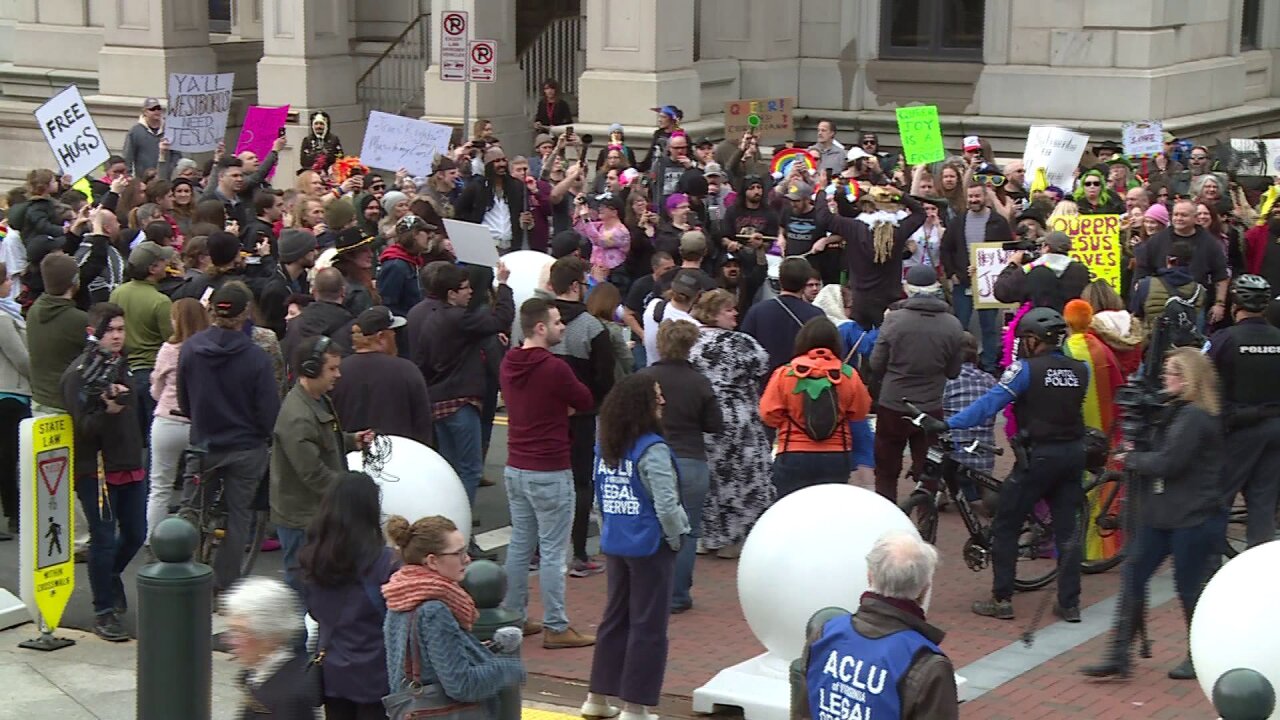 RICHMOND, Va. -- Hundreds of counter-protesters turned out at the state capitol and on the Monroe Campus of VCU Monday morning to protest a visit from the controversial Westboro Baptist Church.

A small group of the Kansas congregation stood behind steel barricades and held up anti-gay, abortion and transgender signs while surrounded by Richmond Police.

The group originally protested in front of the State Capitol.

The hate group was met by counter-protesters, including Lamb Of God frontman and Virginia native Randy Blythe.

“It was a good excuse to get everyone out here,” said Blythe. "Plus, Danica is my friend and I wasn't real happy that these people are coming out here to bad mouth her, even though she's in Manassas today. They're morons."

Blythe and the counter-protesters were armed with kazoos and noisemakers to drown out the church's message.

Before coming to Richmond, Westboro Baptist church members protested in West Point where a teacher was recently fired for not calling a transgender student by their preferred pronoun.