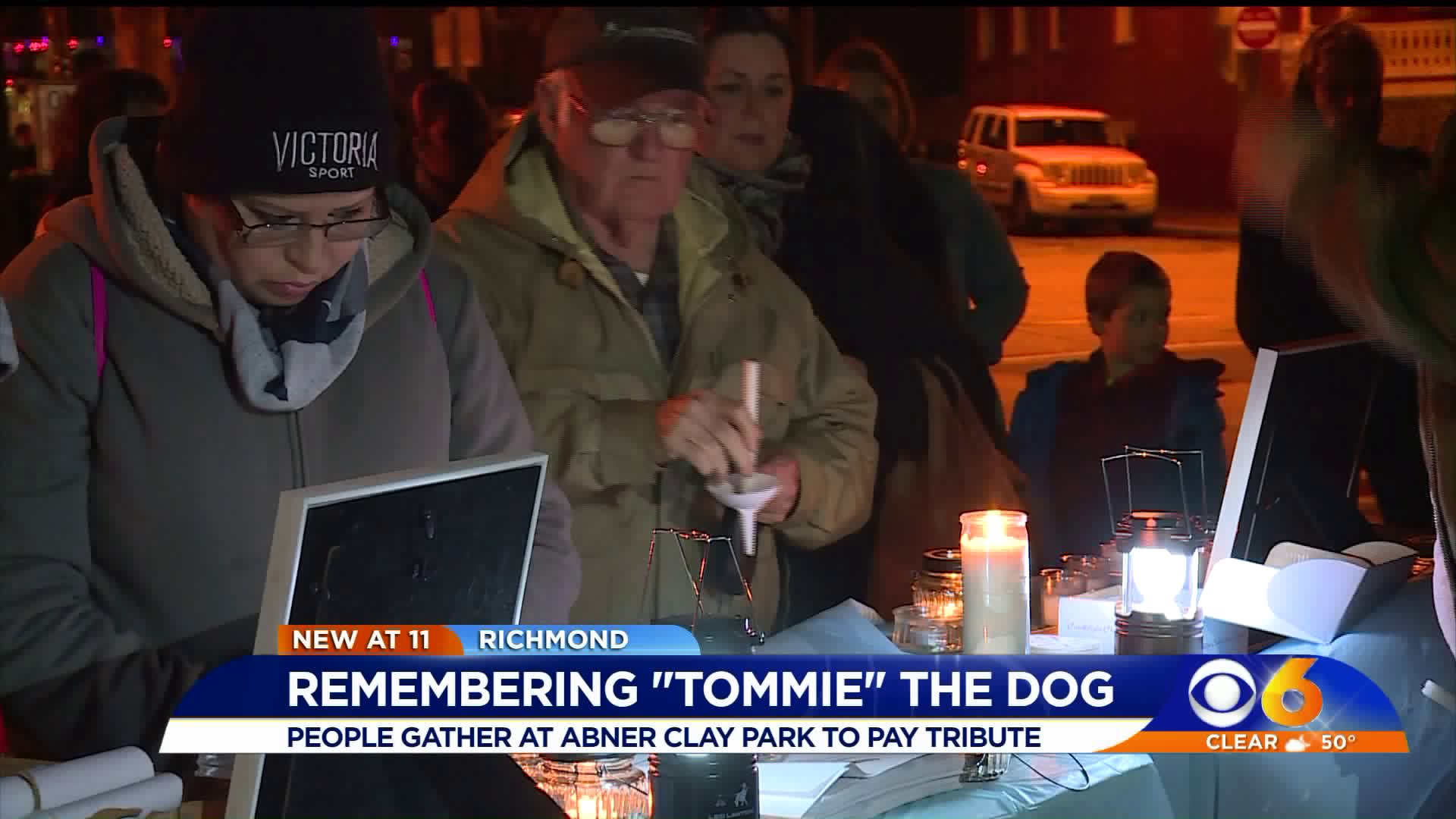 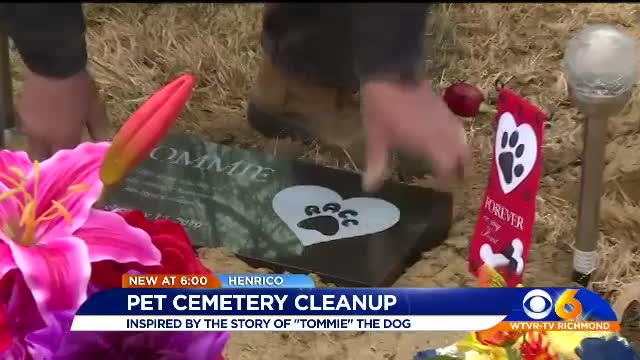 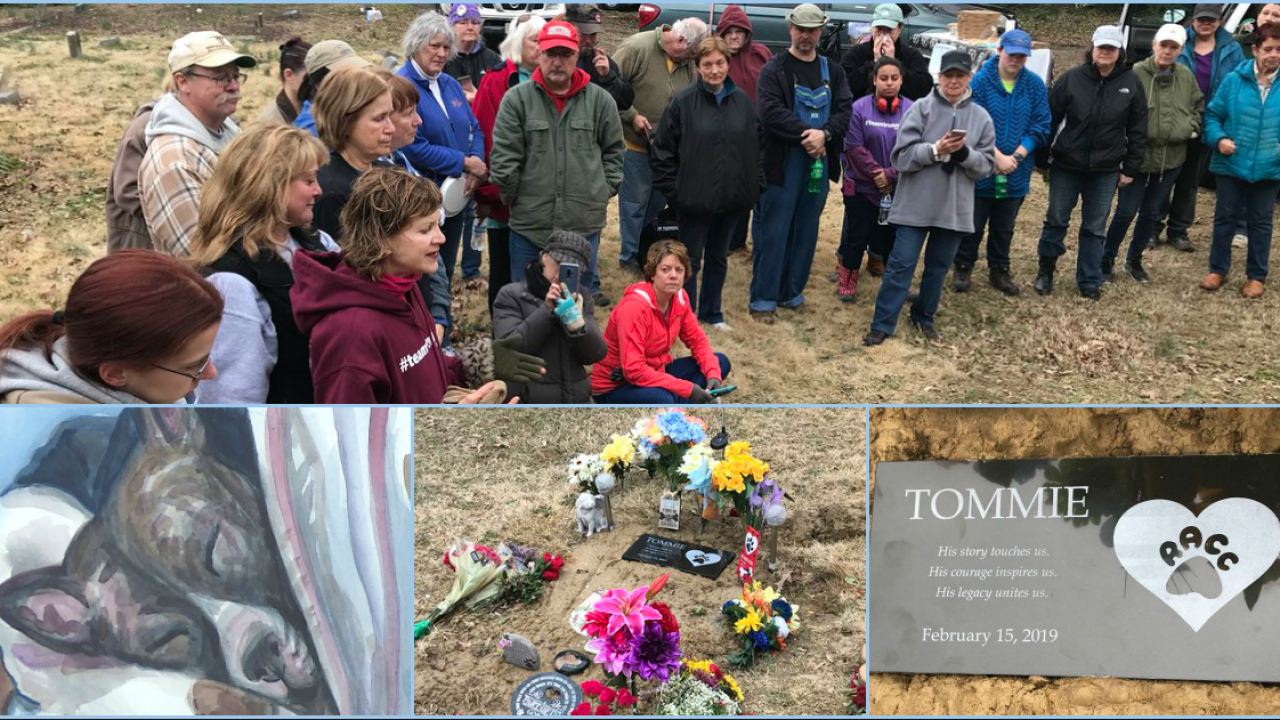 HENRICO COUNTY, Va. -- One by one the community raked and trimmed branches at the Pet Memorial Parks Cemetery in a Henrico neighborhood Saturday morning.

"I say we got at 30 people out here today helping us," Pet Memorial Parks Cemetery owner Marsha Rodgers said.

Strangers were brought together by a dog they never knew.

#Rva community comes together to clean a pet cemetery where Tommie the beloved dog is buried and also honors his life with a new headstone. Catch the full story tonight at 6 and 11 on @CBS6 pic.twitter.com/51uGYoYaz2

"A lot of these people here are from Team Tommie," Rodgers said.

She and her husband own the cemetery where hundreds of pets are at rest, including Tommie, the dog who captured the nations heart after being found set on fire last month. He'd die days later.

"It helps restore your faith in humanity. It reminds you that there are good people here willing to give their time and of themselves to help somebody that they don't even know," said Rodgers. "Nobody met Tommie, very few people met Tommie, but everybody loves Tommie."

Volunteers cleared bushes, trimmed and restored headstones. Some came from as far as Lake Anna.

Toby Chittum likened the hour-long journey to the Indy 500.

"Now that this is Tommie's home, a lot of people are going to start caring for it more and it's a good feeling," Rodgers said. 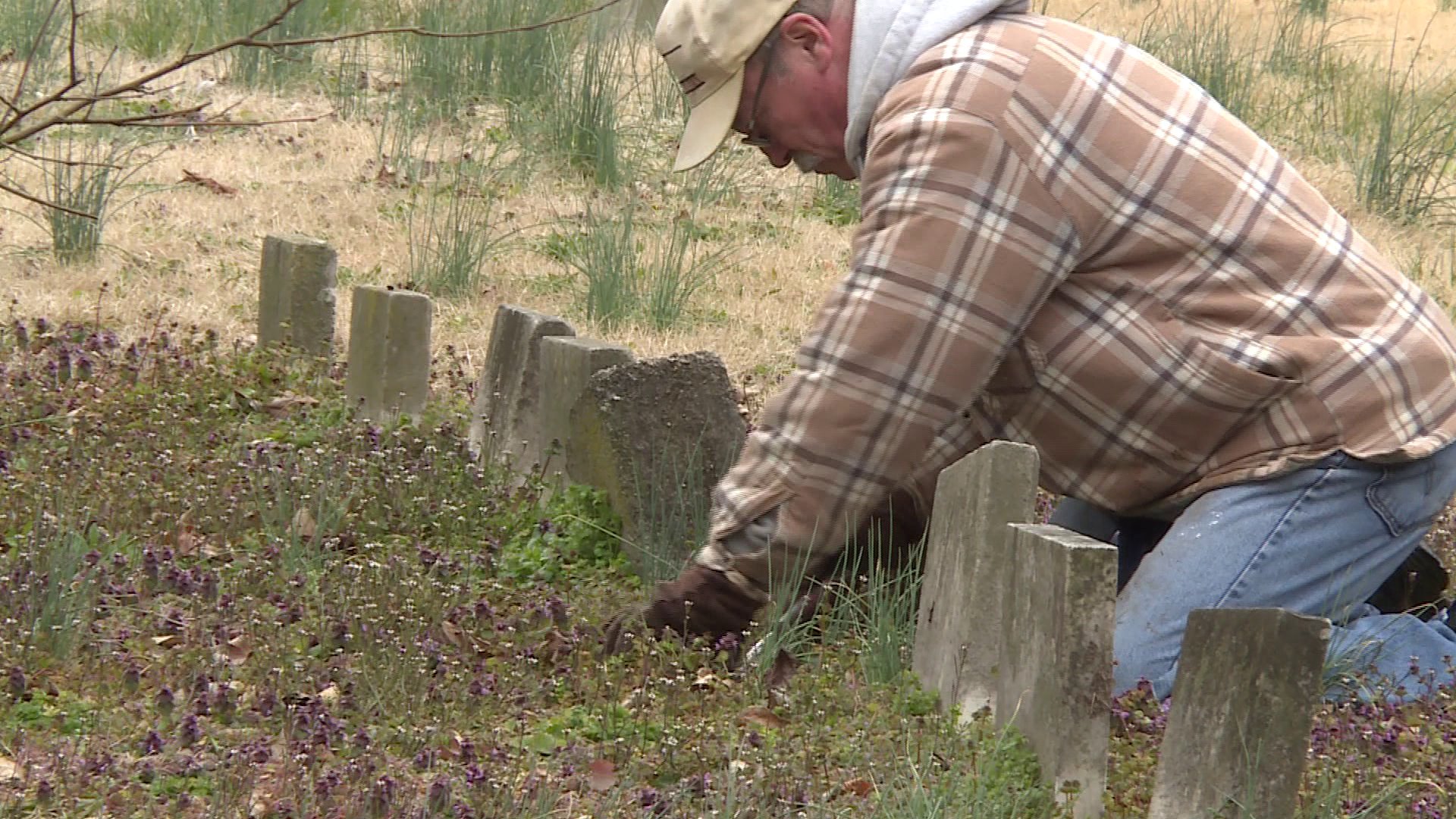 Volunteers ended the day by revealing a new headstone for Tommie, followed by remarks which left many in tears.

"God speed Tommie, I feel like you've brought the city together and you've definitely brought the atrocity of abuse to cats and animals everywhere. So, love you Tommie."

Police are still investing and searching for Tommie's killer. A reward for information leading to an arrest stands at $25,000.