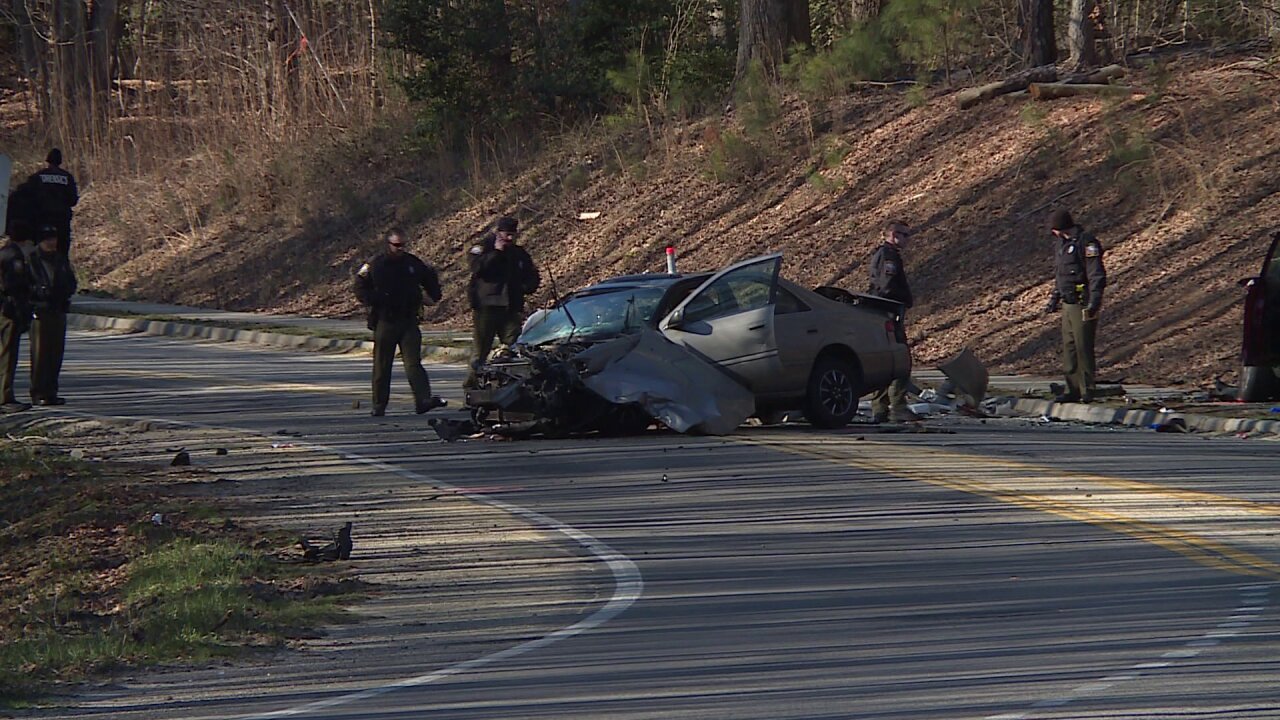 Police said the crash occurred in the 5000 block of Beulah Road at about 8 a.m.

“A 1999 Toyota Camry was traveling north on Beulah Road when it hit a patch of ice, lost control and struck a 2015 Nissan Rogue that was traveling south,” a Chesterfield Police spokesperson said.

The driver of the Toyota, identified as Lloyd E. Burno, 58, of Richmond, was ejected from the vehicle. He was transported to a local hospital, where he was pronounced dead.

Burno was not wearing a seat belt, police said.

The driver of the Nissan was transported the hospital with non-life-threatening injuries.

Two dogs in the Nissan were taken to an animal hospital.

“Police are still investigating the cause of this fatal crash, but at this point road conditions, lack of seat belt use, and improper tire tread depth on the Toyota’s tires appear to be contributing factors,” the Chesterfield Police spokesperson said.