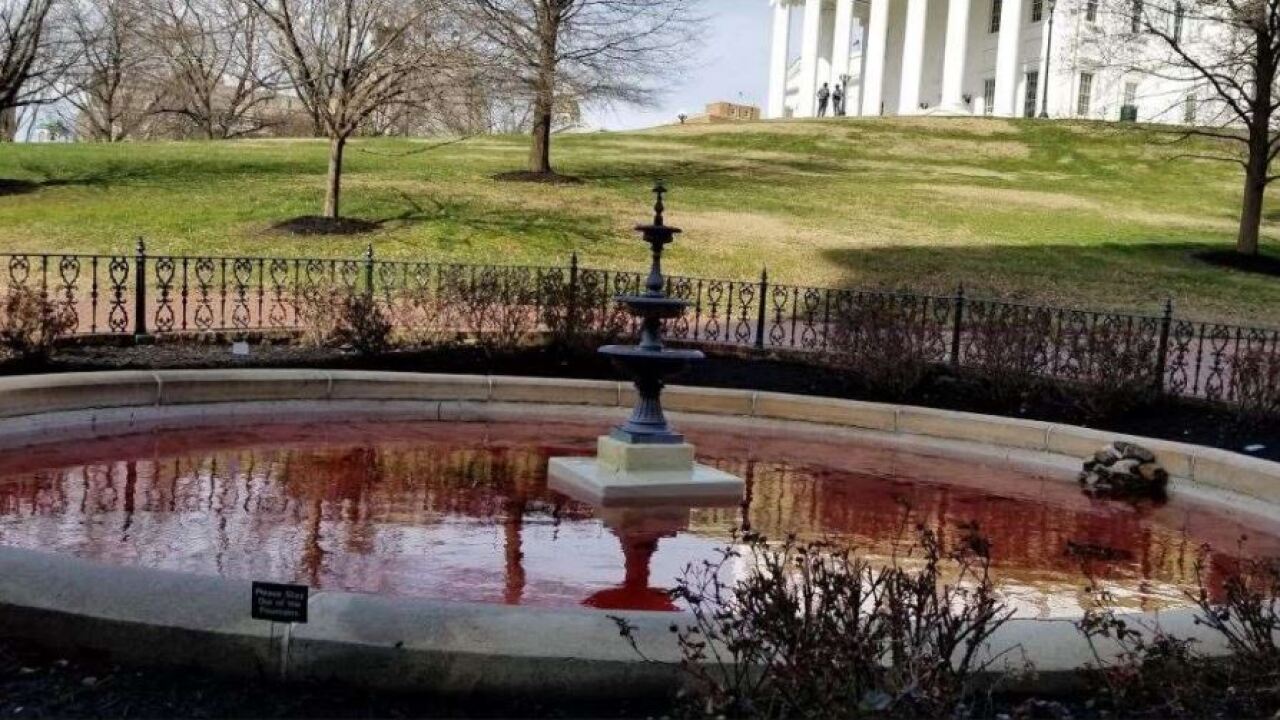 RICHMOND, Va. — Two people were detained Monday, one charged with vandalism, as the “March of Reckoning” descended upon Capital Square in downtown Richmond.

Patrick E. Talamantes, 23, of Sacramento, Calif., was charged with misdemeanor vandalism and misdemeanor littering after officers said he tossed red dye into a Capitol Square fountain. A woman, sitting on a bench near another fountain, was found to be carrying a red dye pack and balloons filled with red dye, according to police. She was “issued a written notice barring her from Capitol Square property for six months.”

“I cannot condemn strongly enough these criminal actions,” Col. Anthony S. Pike, the Capitol Police chief, said. “We work diligently to protect the rights of people to come to Capitol Square and freely speak and to have a forum for being heard. What we saw happen here today goes way beyond that. No one has any right to damage
property, public or private, in the name of free speech. It is inexcusable and criminal, and it will not be tolerated.”

“A march on the Capitol turned ‘bloody’ Monday morning when increasingly discontented Virginians escalated calls for Governor Ralph Northam’s resignation,” the anonymous statement, posted on Twitter, read. “Hundreds of protesters marched from Monroe Park to the Capitol as part of the “March of Reckoning”, an event which invited communities, organizations and individuals to share their demands of the Commonwealth of Virginia following the governor’s blackface scandal.”

In the meantime, Capitol Police urged demonstrators to obey the law.

“These buildings and these grounds at Capitol Square are public property and belong to the people – all the people,” Col. Pike said. “They are not anyone’s private playground to damage and destroy at their whims. We will work with our law-enforcement partners to see that those who engage in this type of criminal activity are
prosecuted to the fullest extent of the law.”