RACC updates condition of Tommie, dog that was intentionally set on fire 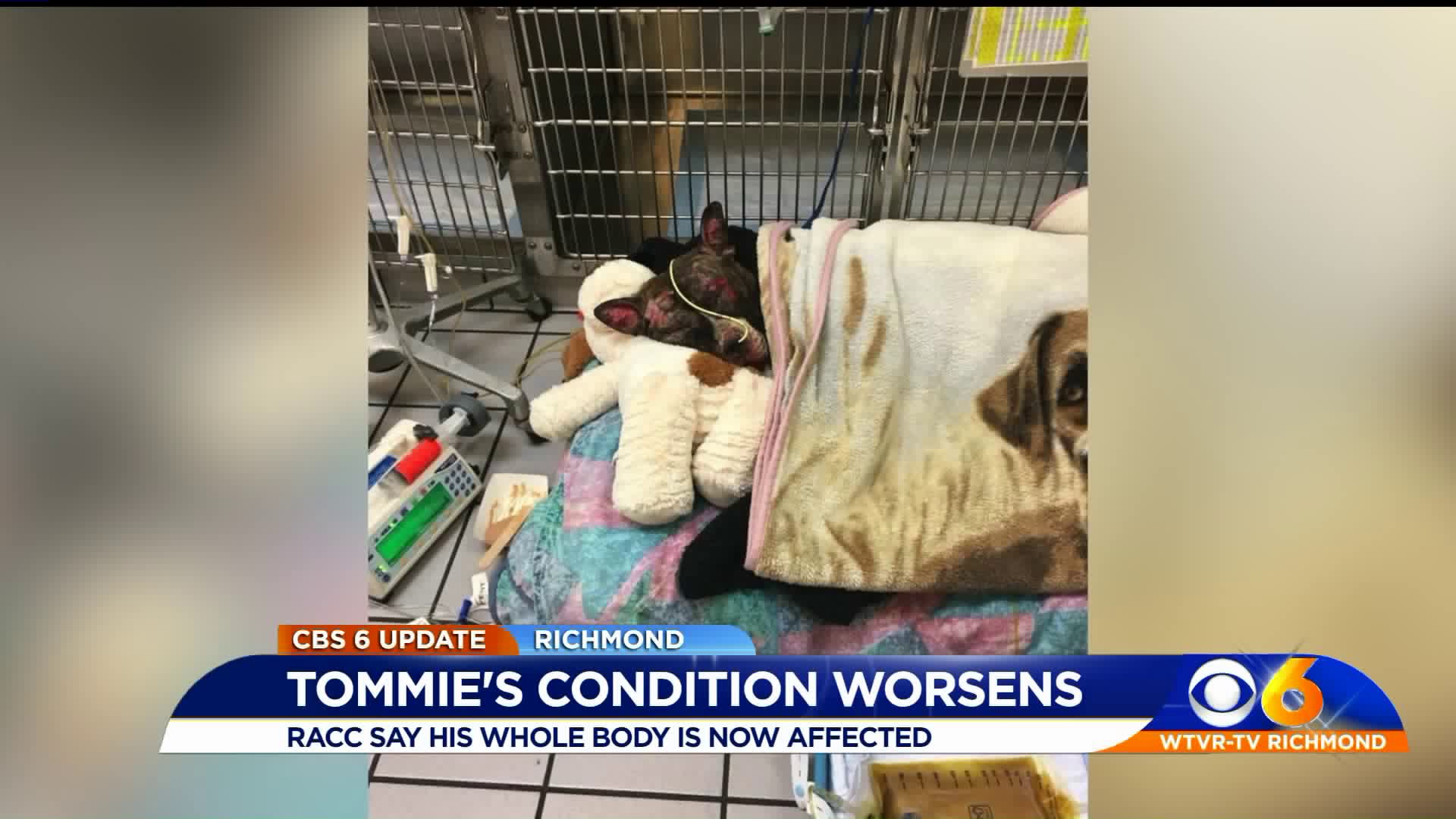 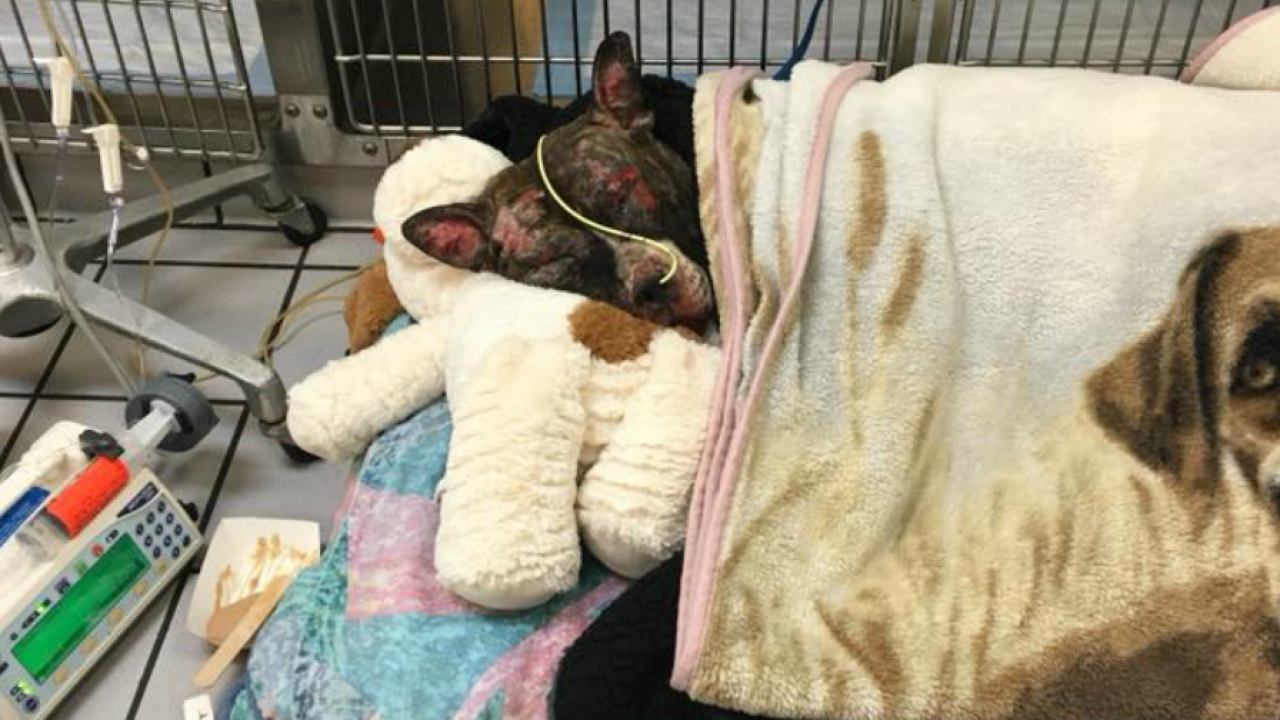 RICHMOND, Va. -- Richmond Animal Care and Control has released an update on Tommie, the dog that was intentionally set on fire after being tied to a pole.

In a Facebook post Wednesday morning, the shelter says that Tommie is in stable condition, but new burn wounds have presented, old wounds have worsened and almost his entire body is now affected.

The shelter previously said the pit pull had burns to over 40% of his body.

“His pain is being managed and he’s comfortable but our plans for treatment are changing,” RACC wrote on Facebook.

Tuesday, officials with RACC met with a physician and nurse team from the VCU Evans-Haynes Burn Center to consult their options for Tommie. They will meet again on Wednesday.

“Please know that recovery may not be an option, but we are exploring every opportunity to find the best solution for our Tommie,” the shelter wrote on Facebook.

The male pit bull was covered in accelerant and intentionally set on fire around 7:30 Sunday night at Abner Clay Park near the 200th Block of W Clay Street, according to RACC. The shelter says witnesses saw an adult male suspect wearing multiple layers of pants run from the scene towards Belvidere Street.

The shelter is asking anyone who was in the area and may have seen anything to call Metro Richmond Crime Stoppers at 780-1000 or submit your tip through the 3PTips.

“No information is insignificant.”

A "Reward Fund" has been created to reward anyone with information that leads to the arrest and conviction of the suspect. Gifts can be made online on the RACC Foundation's website or through the mail. Donors should specify that their donation is for the fund by including the word "Reward" in the donation memo. As of Wednesday afternoon, RACC says that the fund is up to $10,000.

RACC says donations made to the reward fund-if not awarded-will support direct emergency vet costs for other RACC animals in critical need.

Officials say they will update Tommie's condition once they have more information to share.