Richmond dog intentionally set on fire after being tied to pole 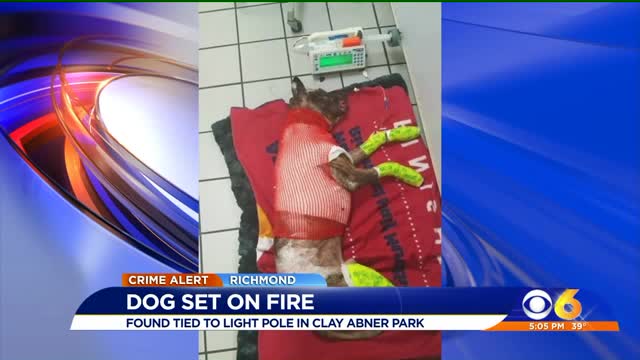 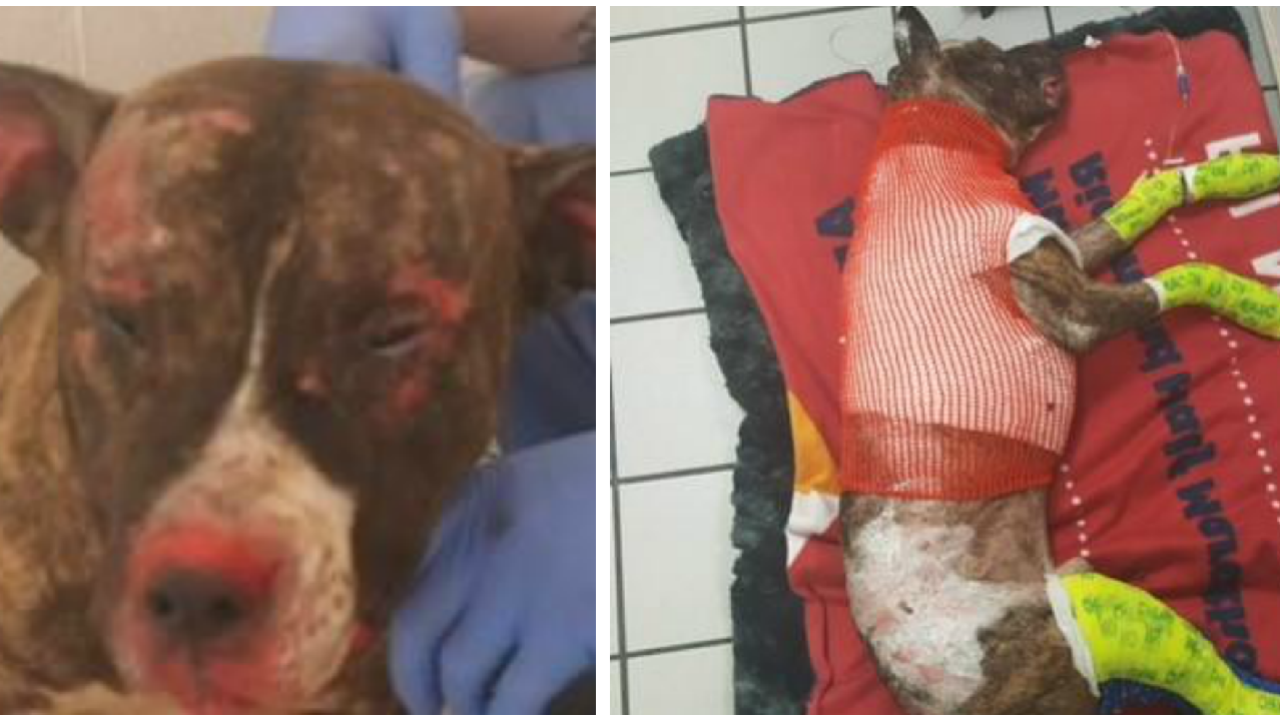 RICHMOND, Va. -- An investigation is underway after a dog was set on fire while tied to a pole in Abner Clay Park Sunday evening.

The male pit bull with a camo collar was covered in accelerant and intentionally set on fire around 7:30 Sunday night at the park near the 200th Block of W Clay Street, according to Richmond Animal Care and Control (RACC).

The dog, now named Tommie, is being treated for burns to over 40% of his body at Virginia Veterinary Centers. The shelter hopes that they will be able to save him.

“I have to say that we don't get rattled by much at RACC and have witnessed ugly cases but this one makes us want to just sit on the floor and cry,” RACC wrote on Facebook.

RACC is asking for the public’s help to finds the person responsible for the heinous act.

“Any information, anything you saw, anyone you suspect, if you have ever seen this dog, please call or message it in - no information is insignificant,” RACC wrote on Facebook.

RACC also announced the creation of a "Reward Fund" to reward anyone with information that leads to the arrest and conviction of the suspect. Gifts can be made online on the RACC Foundation's website  or through the mail. Donors should specify that their donation is for the fund by including the word "Reward" in the donation memo.

As of Tuesday, RACC posted that they received a donation of $2,500 to start the reward fund.

"Please know that donations made to this reward-if not awarded-will support direct emergency vet costs for other RACC animals in critical need," the organization wrote on Facebook.

Donations to RACC, on behalf of Tommie, can be made here.