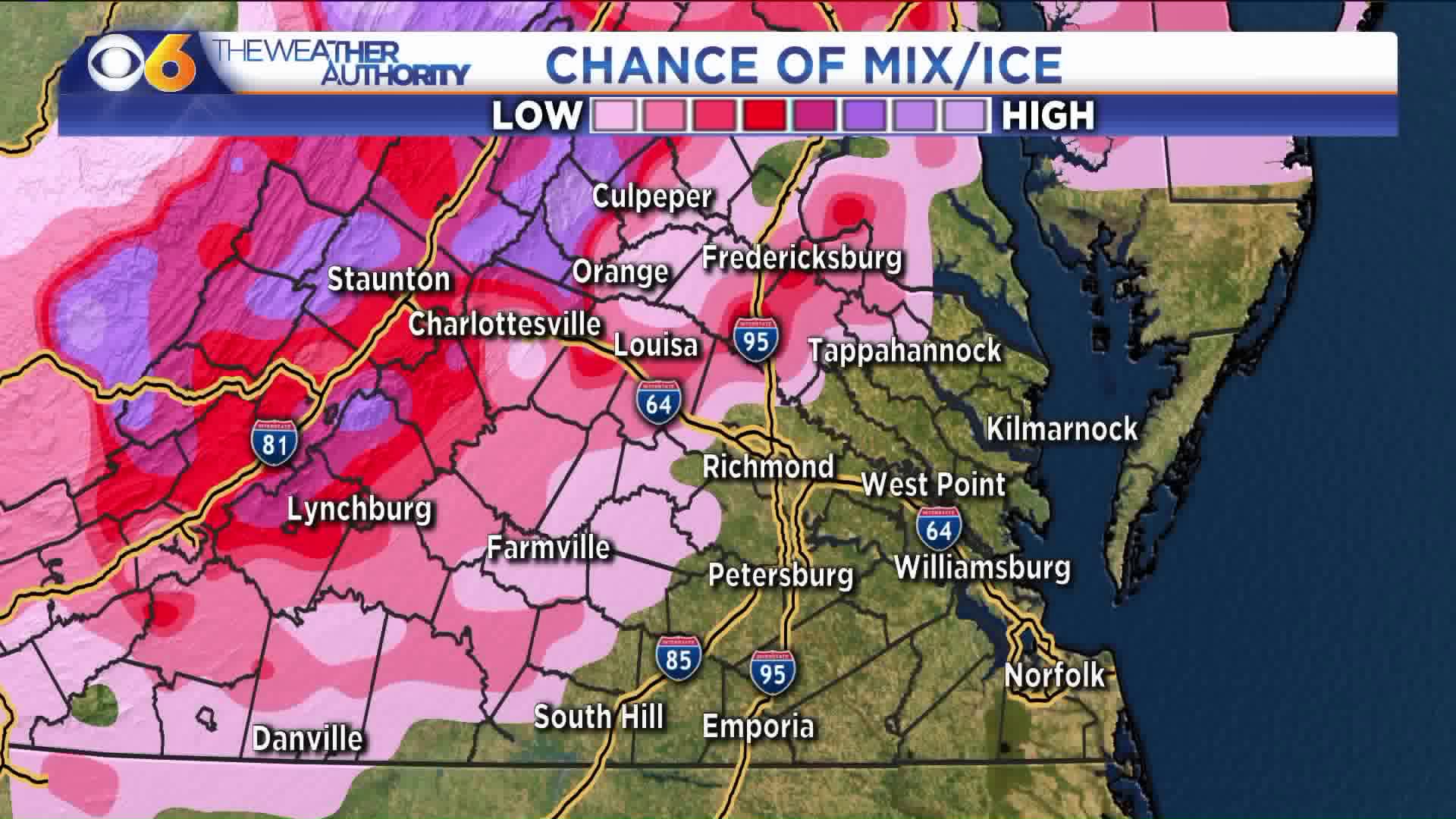 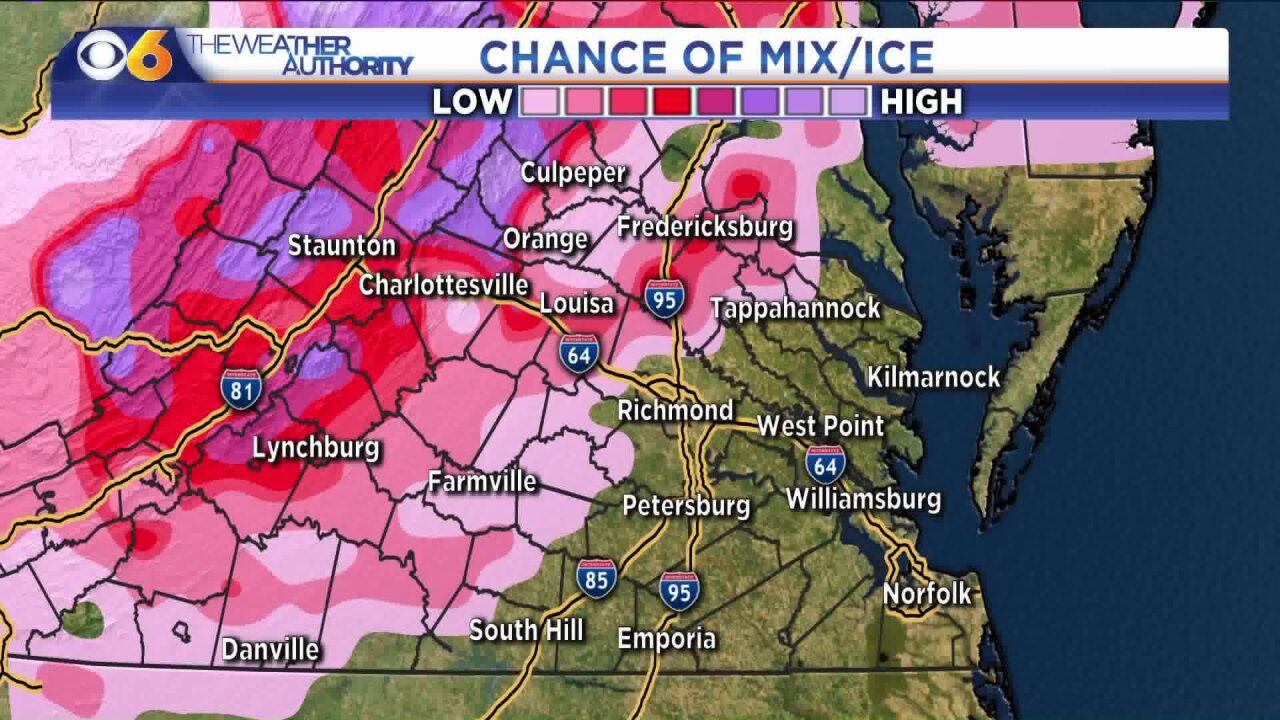 RICHMOND, Va. -- A complex storm system will bring occasional rain to our region Sunday night through Tuesday night.  It will not rain continuously, but there will be periods of rain with over an inch of accumulation possible.

As the rain moves in Sunday evening and Sunday night, areas north and west of Richmond could see some wintry weather.  There is a low chance for snow, but some sleet and freezing rain may occur.  (The threat for snow and sleet is higher across far northern and northwestern Virginia, but the snow and sleet will change to freezing rain as well.)

The best chance for seeing enough freezing rain to create a glaze of ice is across northern and western Virginia, where a winter weather advisory is in effect into Monday morning.  In these locations, up to an inch of snow/sleet is possible, followed by a tenth to two-tenths of an inch of ice.  These amounts will be more common across far northern Virginia and near Interstate 81.

Areas just north and west of Richmond could see some slick spots on untreated surfaces, with ice accumulation of one-tenth of an inch or less expected.

Where the freezing rain occurs, temperatures should rise above freezing around or before daybreak.  Periods of plain rain will occur during Monday.

Any threat for freezing rain Monday night into Tuesday morning will be confined to far northwestern Virginia.

While there will be those areas with some brief periods of wintry weather, this storm will be just rain for much of central, southern and eastern Virginia.  Warmer air will surge into the region late Tuesday.  As a cold front moves through Tuesday night, some gusty showers and a few thunderstorms will be possible.

Wednesday and Thursday will be dry and mild.  Our next system will bring rain Friday into early Saturday morning.