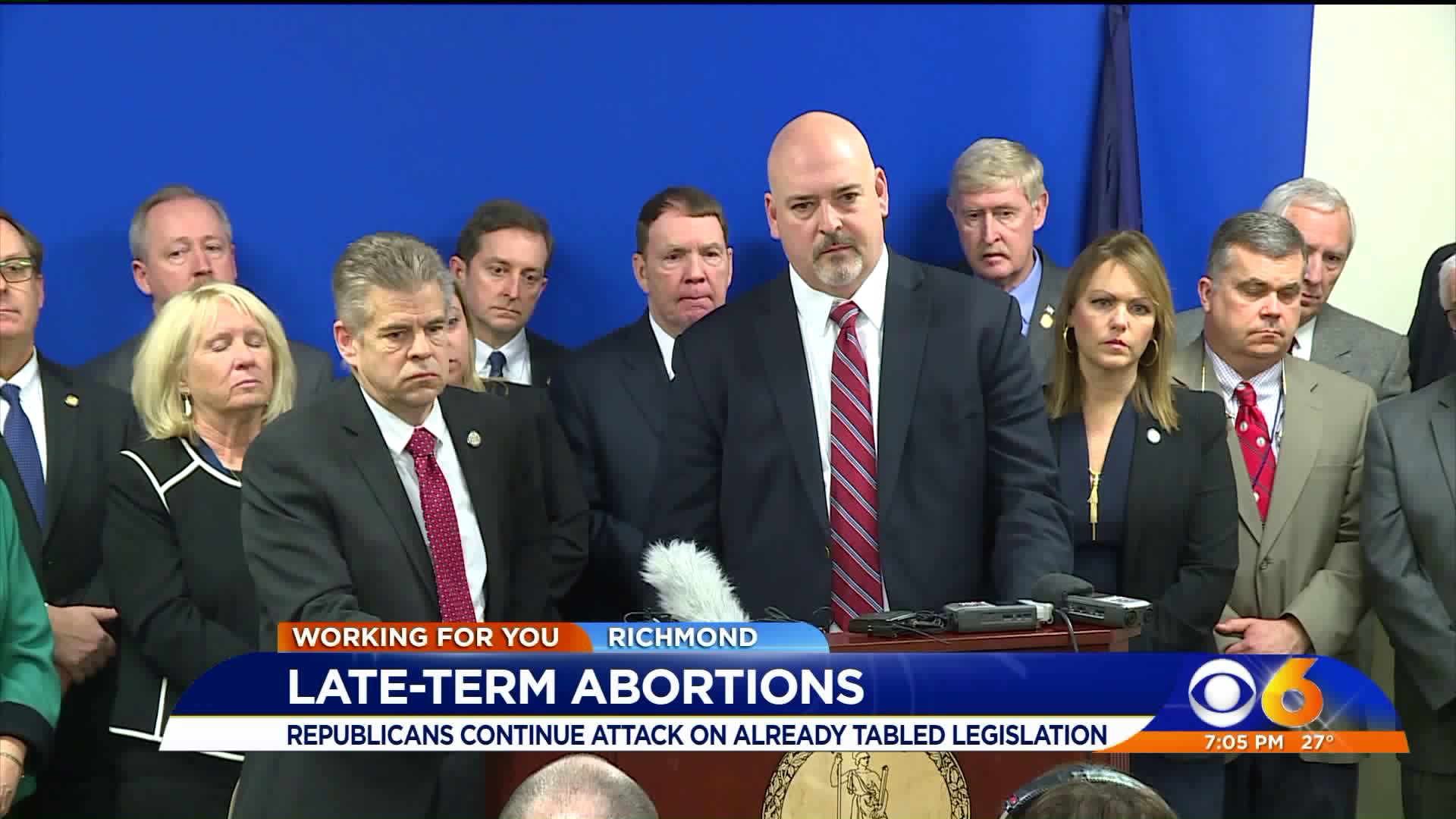 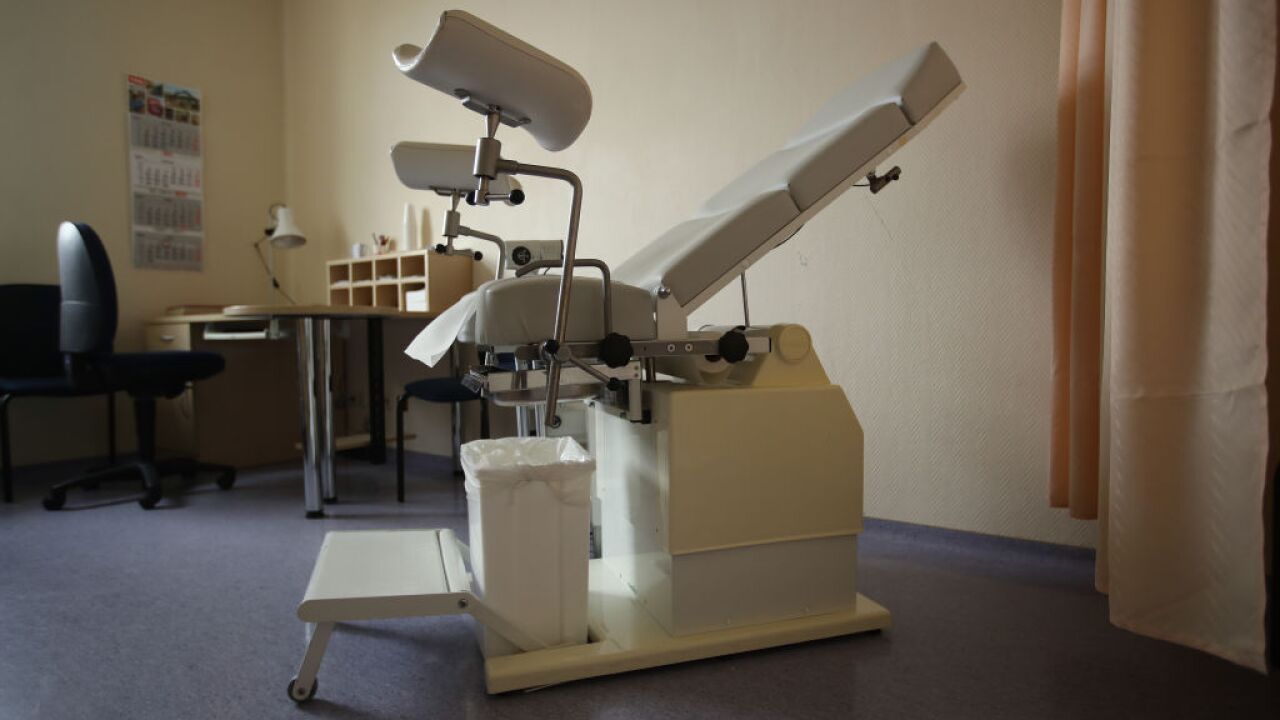 RICHMOND, Va. -- The fallout over a failed bill that would have eased restrictions on third-trimester abortions continued in Richmond on Thursday as state Democrats and Republicans held opposing news conferences.

Under current Virginia law, abortions in the third trimester are allowed if three physicians certify that, in their opinion, allowing the pregnancy to continue will likely result in the death of the woman or substantially and irremediably impair her physical or mental health.

The bill in question, HB 2491, introduced by Del. Kathy Tran (D) - 42nd District, would only require one doctor’s certification and remove the requirement that the impairment be substantial or irremediable. The bill also offers other changes to the state’s abortion laws, including no longer requiring abortions in the second trimester be conducted in a hospital.

The bill failed to get out of a House subcommittee on Monday, when it was tabled.

During a news conference on Thursday morning, House Republicans said that despite the bill not expected to be considered for the rest of the 2019 General Assembly session, it raised concerns about Democrats’ ambitions on the issue of abortion.

“I really do feel like we’re at a crossroads in Virginia with the legislation we’re seeing,” said Speaker M. Kirkland Cox (R) - 66th District. “The question for today is what the Democrats have proposed and where they are trying to take us.”

Cox and the other lawmakers added this shows what is at stake in the November 2019 elections when all members of the House and Senate are up for reelection.

“If Democrats gain control of the General Assembly this fall, they have a governor who is ready to sign the legislation that will remove every protection for women and unborn children related to abortion,” said Del. Kathy Byron (R) – 22nd District.

A response Del. Tran gave to the House subcommittee considering her bill on Monday went viral. When questioned by the subcommittee chair, House Majority Leader Del. C. Todd Gilbert (R) - 15th District, Del. Tran admitted that her bill would allow an abortion for mental health reasons while a woman was in labor.

The comments Gov. Northam has come under fire for were made on WTOP’s “Ask the Governor” on Tuesday when he was asked about Del. Tran’s video and the circumstances under which such an abortion would take place.

“There are, when we talk about third trimester abortions, these are done with the consent of, obviously, the mother, with the consent of the physicians. More than one physician, by the way, and it’s done in cases where there may be severe deformities. There may be a fetus that’s non-viable. So, in this particular example, if a mother’s in labor, I can tell you exactly what would happen. The infant would be delivered, the infant would be kept comfortable, the infant would be resuscitated if that’s what the mother and family desired and then a discussion would ensue between the physician and the mother. So, I think this was really blown out of proportion. But again, we want the government not to be involved in these types of decisions. We want the decision to be made by the mothers and their providers. And this is why legislators, most of whom are men, by the way, shouldn’t be telling a woman what she should and shouldn’t be doing with her body,” said Gov. Northam.

“The fact that any physician, any God-fearing human being would do anything other than try to breathe life into that child is abhorrent,” said Del. Gilbert.

On Thursday afternoon, leading Democrats held a news conference to counter the criticism.

“Would be laughable if it wasn’t such a grotesque and abhorrent claim,” said Virginia Attorney General Mark Herring in reference to the infanticide allegations.

Gov. Northam added that he does not regret what he said.

“I regret that those comments have been mischaracterized. The personal insults towards me I find disgusting,” added Gov. Northam.

Several Democrats described what Republicans have been engaged in since the bill failed as “desperation” and “theatrics.”

“These comments that have been made, the questions that have been asked have been nothing more than political points,“ added Gov. Northam. “The new political strategy of the Republican Party is to score points anyway they can. Virginia Democrats know we are better than that.”