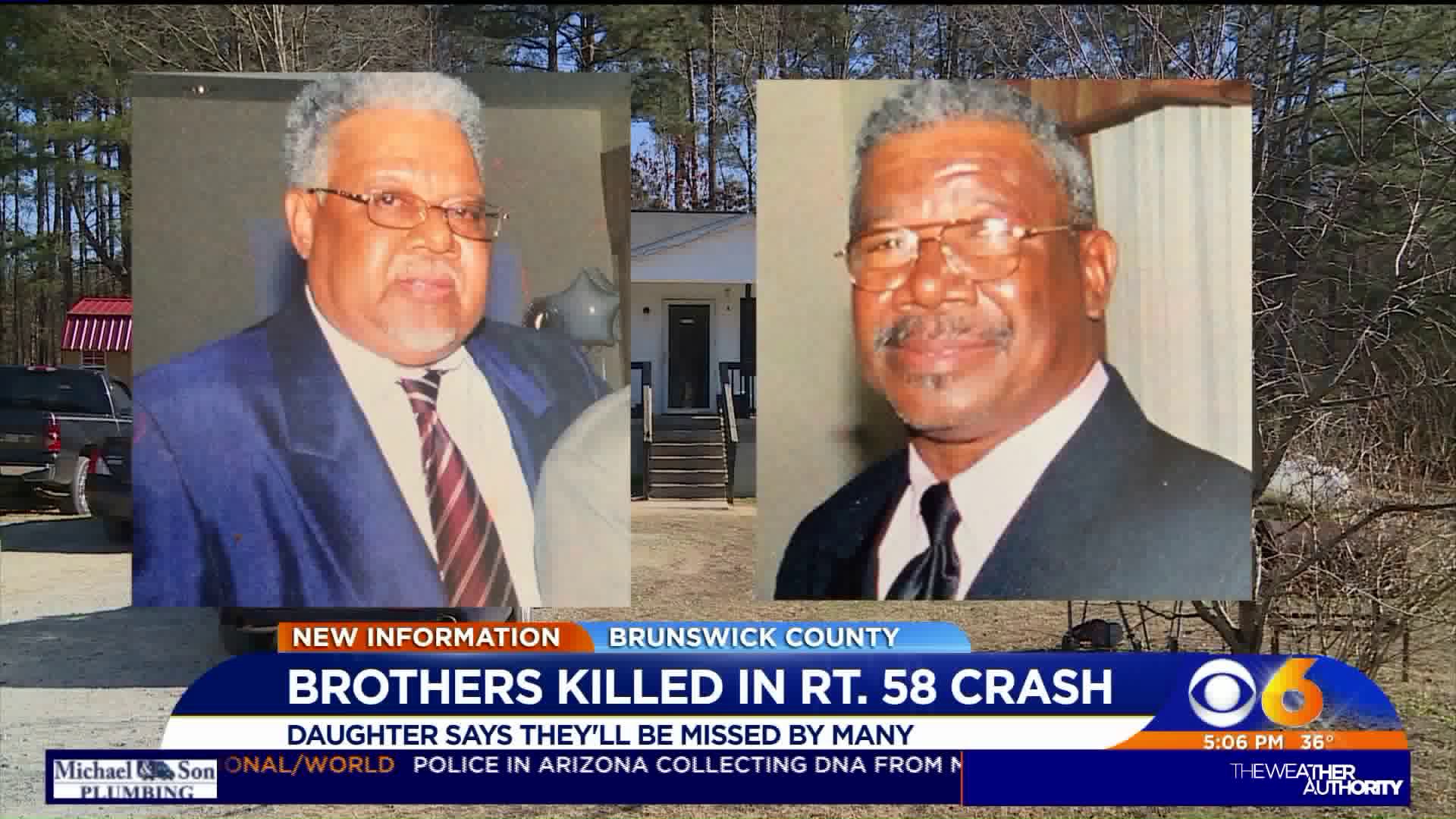 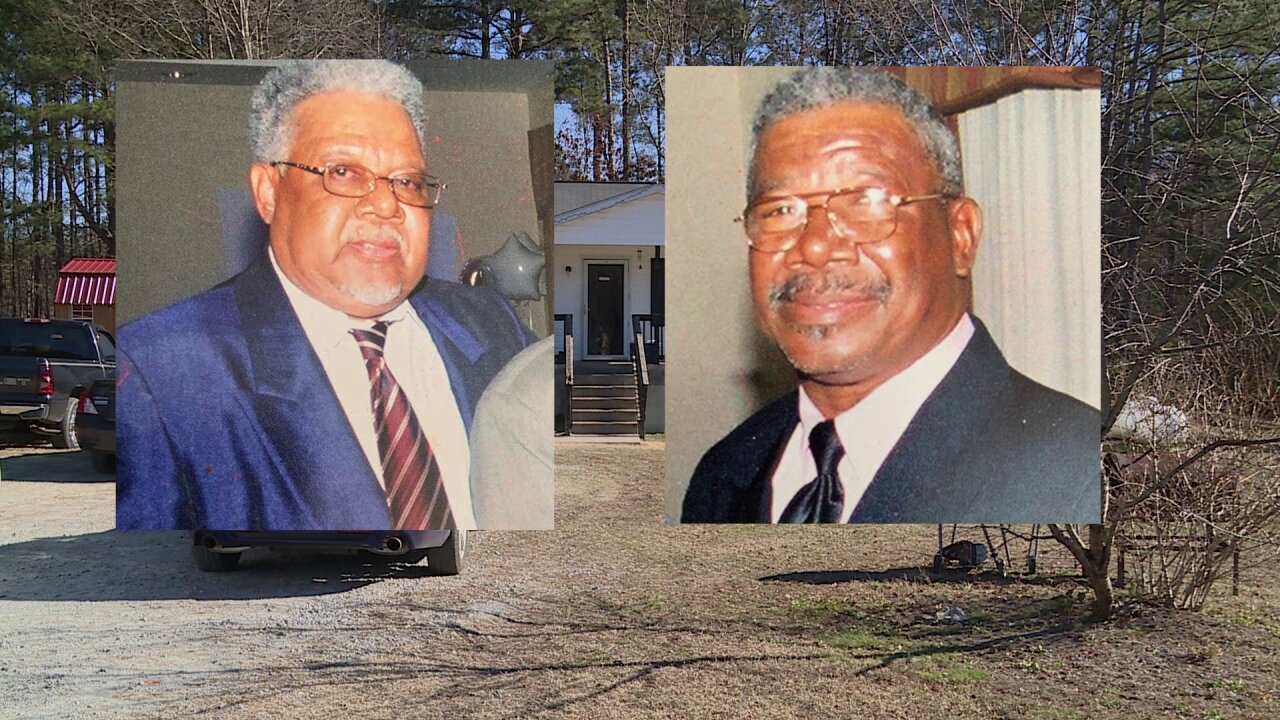 BRUNSWICK COUNTY, Va. -- Loved ones are remembering two brothers who were killed in a four-vehicle crash in Brunswick County.

Santee Jarrell, 78, and his little brother Thomas Jarrell, 75, were killed Monday on Route 58 when a driver lost control of their vehicle, crossed the median and struck them head-on.

This week has been filled with remembering the past and mourning the loss of the brothers who made a lasting impact on those who knew them.

Danita Coleman remembers the radiate smile of her father Thomas.

"That big smile on his face," said Danita. "He was an easy-going person, he didn't say too much, just Smile all the time."

Danita says her dad and uncle were very well known in the community.

"I ain't never met nobody that didn't want to be around him," said Jeffrey Coleman, Thomas Jarrell's Grandson.

The brothers were two of seven siblings in the Jarrell family.

Although Santee and Thomas were always together, family says they had different personalities.

Santee was the jokester.

"He'll joke with you and stuff, it's the difference between the two," Danita said of her uncle.

"Always together, one just smiled, the other one joked," said Jeffery.

Because they were so tight-knit, family members say they plan to hold both funerals’ together and bury them next to each other.

"It wasn’t too often you see one without the other anyway, side by side, the only way to do it," said Jeffery.

The driver involved in the fatal crash, Elizabeth Estrada Garcia, has been charged with reckless driving, failure to maintain proper control, giving false police report to a law enforcement officer, and operating a motor vehicle with no operators license.