Do you recognize this package thief caught on camera? 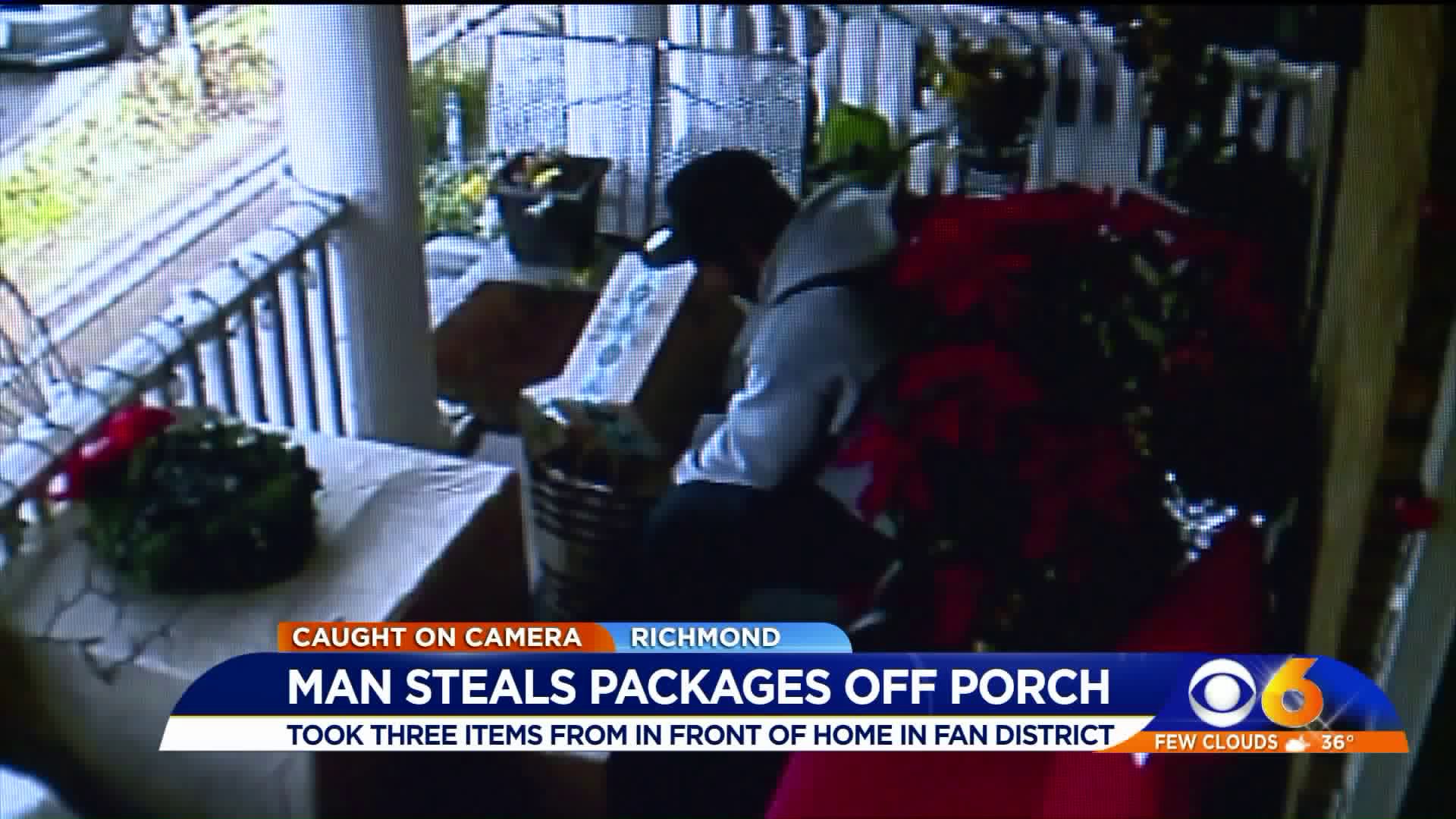 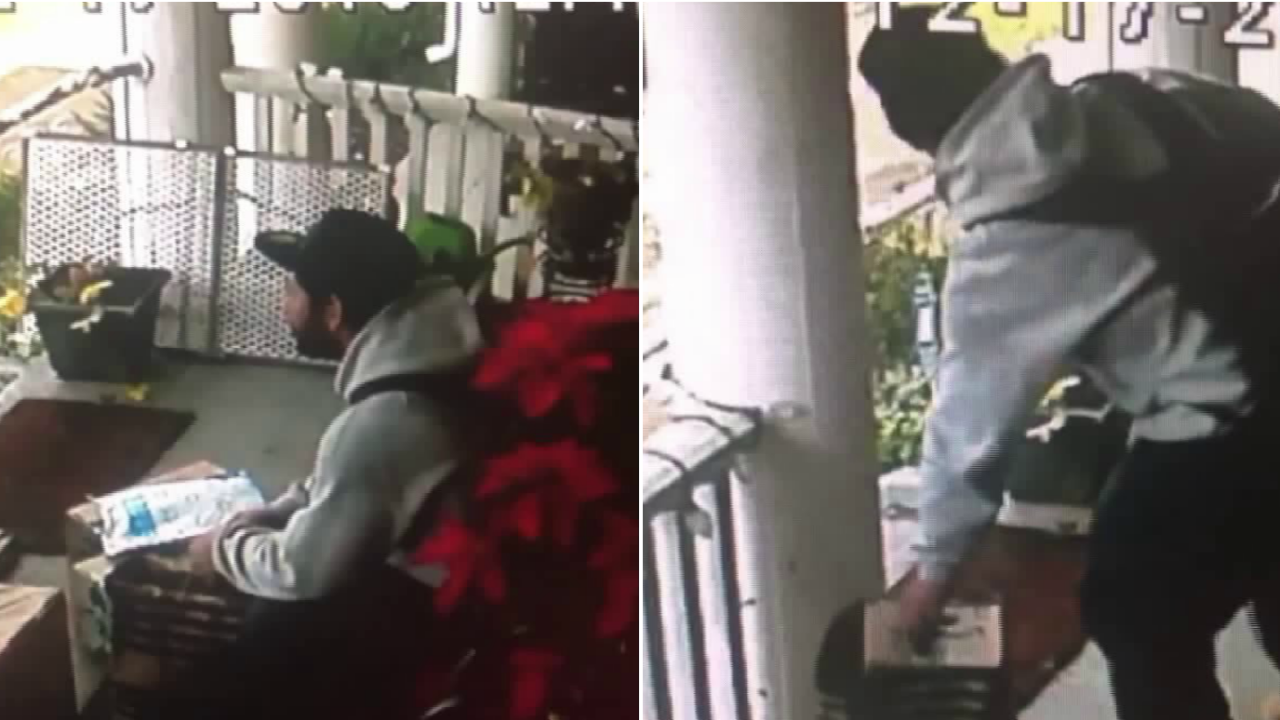 RICHMOND, Va., -- A homeowner hopes you will be able to recognize a thief caught on surveillance video stealing packages off of a Fan District front porch.

The crime was caught on camera at a home in the 100 block of South Mulberry Street just after noon on Monday.

"We didn’t notice it until Tuesday when we checked some of our accounts and our packages should've been delivered," the homeowner, Wade, described. "[The thief] was a professional and he knew what he was doing. He carried a bag with him."

The man could be seen walking up onto the porch and sitting in a chair where the packages were laying. In less than a minute, the thief stuffed the Amazon boxes in a bag and walked away.

"It's disappointed that you can’t keep packages on your porch and people won’t take them," the homeowner stated.

A police report was filed and a Richmond officer was investigating the theft of various Christmas gifts, according to the victim.

Mercante recommended having the package delivered to your place of work or ask a family member or trusted neighbor to pick up the parcel.

FedEx can deliver packages to lockers at Walgreen locations. There is also an option to request Amazon packages are placed in lockers at various businesses like 7-Eleven.

"We want to remove that temptation from people. If the package isn’t there there’s nothing to steal," Mercante stated.

If you have information that could help detectives, call Crime Stoppers at 804-780-1000 or submit a tip online at http://www.7801000.com. The P3 Tips Crime Stoppers app for smartphones may also be used. All three Crime Stoppers methods of contact are anonymous.