Westmoreland County has blood on its hands after fatal ambulance crash, whistleblower says 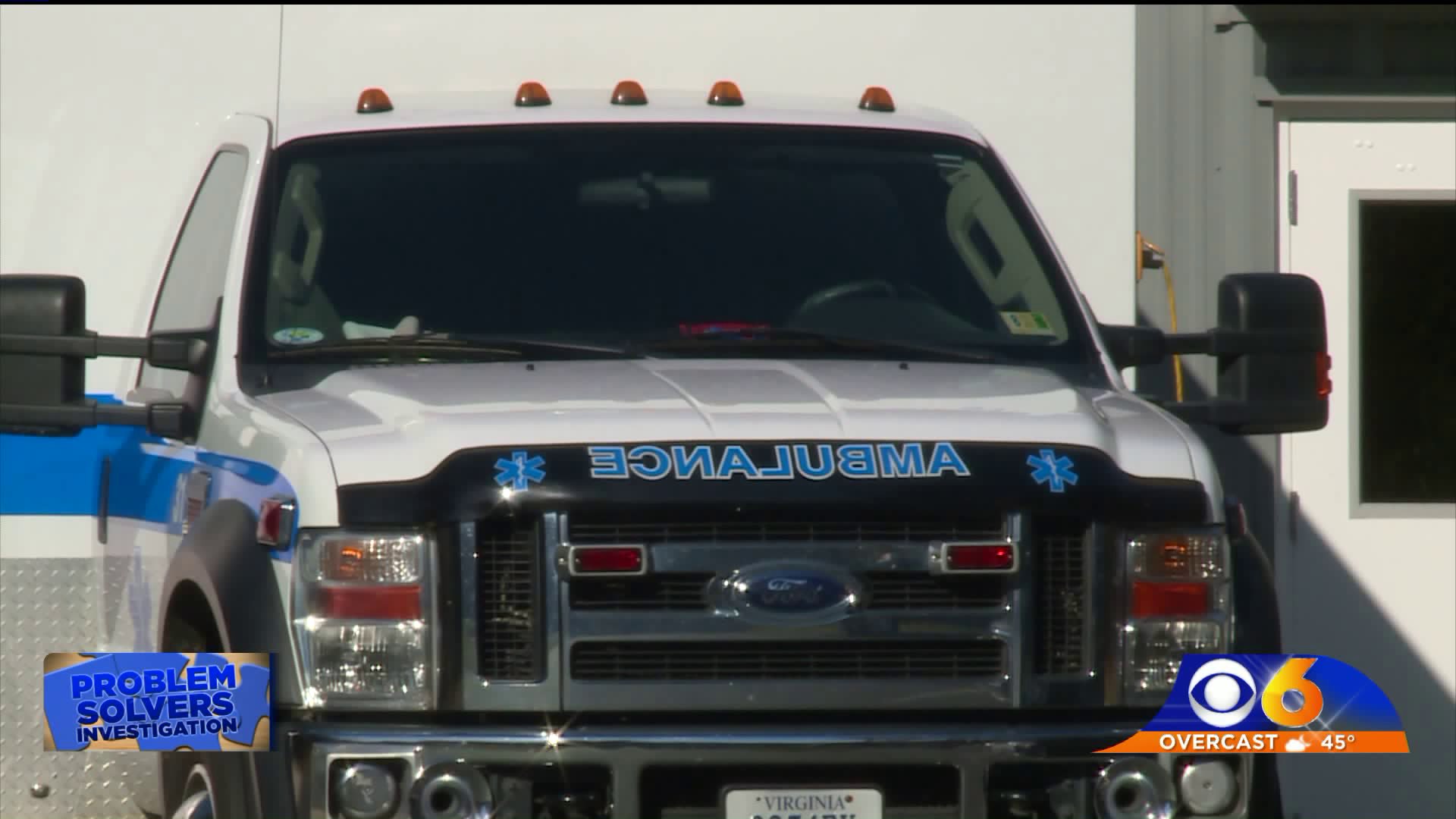 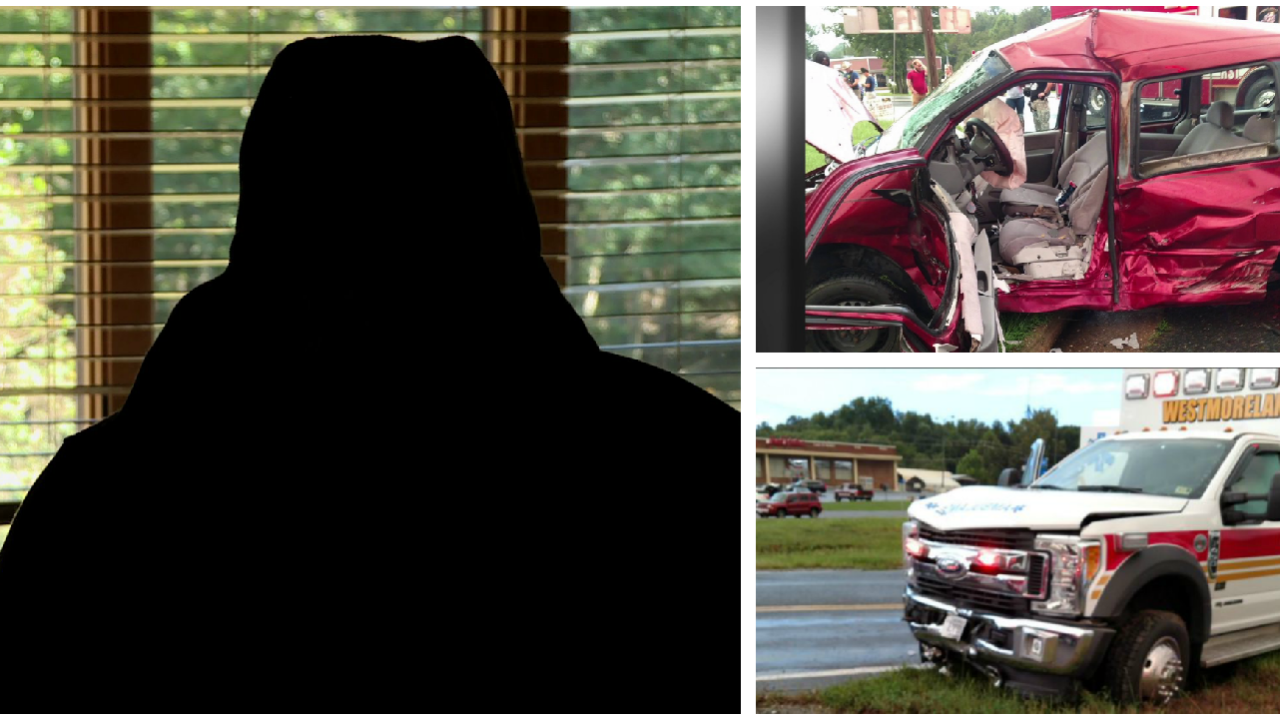 WESTMORELAND COUNTY, Va. -- The Rescue Chief for Westmoreland County Emergency Services has been temporarily suspended following a CBS 6 Problem Solvers investigation into a fatal September 17 crash involving one of the department’s ambulances.

According to an email sent to all emergency services staff Tuesday morning, the county is conducting an internal review on the events of the day of the crash, along with standard operating procedures of the department.

The email stated, “Effective immediately, Jeff Beasley will be temporarily suspended as Rescue Chief for Westmoreland County Emergency Services while the investigation is conducted. In the interim, William (Bill) Cease will serve as the Interim Director of the Department of Emergency Services overseeing the review and management of personnel until such time of the completion of the aforementioned investigation.” according to an email sent out by Bill Cease. The email indicated, “Jeff Beasley will still be working within the department while the investigation continues.”

The crash happened at 6:46 p.m., at the intersection of Route 301 and Ridge Road in King George County. Virginia State Police said a Westmoreland County ambulance was transporting a patient to the hospital. As the ambulance entered the intersection, it struck a Volvo sedan and a Nissan van.

Several people were injured in the crash.

Her son Teddy Frye watched from a distance fearing for his parents who were inside the van.

“When I seen that truck folded up on that driver’s side, I seen the windshield cracked I said ‘ahh man,’” explained Frye. “Once I seen that van, I was like awe my mom’s hurt bad.”

“They were going at a high rate of speed. They felt the unit start to tip and then all of a sudden they struck something, and they stopped and leveled back out,” said a Westmoreland County Advanced Life Support (ALS) provider.

The Westmoreland County ALS provider, who does not want to be identified, described what he said his colleagues inside the ambulance said they experienced while working on a critically ill patient in the back of the unit at the time of the crash.

“A priority one transport is lights and sirens imminent life threat,” said the ALS provider.

But on the evening of September 17, he and witnesses on the scene said the siren on the ambulance was not activated.

“I know 100% there was no siren,” said witness Kellie Dobson.

“Internally, I’ve heard first hand that there were no sirens on, that the lights were activated, lights were on, but no sirens were on and the vehicle did not slow down or stop before entering the intersection,” the ALS provider said he was told.

Virginia State Police confirmed they were investigating that claim, and if true, that would be a violation of Virginia code known as “Ashley’s Law” which requires emergency vehicles to have both lights and siren on, or else yield to traffic when they have a red light.

It would also be a violation of Westmoreland County’s “Intersection Navigation Policy.” That policy states in part:

Our whistleblower said his colleague, who he says had only been with the department one month, was being trained at the time of the crash. He said the driver should not have been alone in the front of the unit.

“I do know that he had not been released by the department to drive yet. I don’t blame him for that because he’s doing his job the best that he knows how,” said the whistleblower. “One of the two people in the back needed to be up there with him if he was going to be driving.”

He said that was not the only violation that occurred on that tragic day.

“We have a chief that responds lights and sirens to that accident that night and we learned that he did not have a valid emergency vehicle operating card.”

Under the Freedom of Information Act, CBS 6 obtained hundreds of pages of documents. They confirmed Westmoreland Department of Emergency service’s Chief Jeff Beasley and at least 22 other providers had, under the agencies’ policy, expired emergency vehicle operator course or EVOC certifications.

“That was kind of a blow,” said the ALS provider. “Your management can’t keep up with their own certifications, so how are they going to manage what you need?”

According to records, the chief’s certification had been expired for six months at the time of the accident and some in the department had been without a valid certification per county policy from months to up to 20 years. The driver involved in the crash did have a valid EVOC on file with the department.

The Virginia Department of Health said all vehicle operators must successfully complete an approved Emergency Vehicle Operator’s Course (EVOC) training course or an equivalent in order to operate a permitted EMS vehicle.

Any requirement to maintain or retrain would be an EMS agency specific policy.

According to Westmoreland’s driving training requirements, “All driver/operators will provide completion documentation of VA. OEMS approved EVOC to the agency every 5 years. This will help ensure that all drive/operators are familiar with the legislative changes that affect the operation of emergency vehicles.”

Since the CBS 6 Problem Solvers' inquiry, the majority of providers have taken a refresher course and are now up to date with the agency.

“We’ve all been waiting for something big to happen to force some change in the department and something big happened and the response from staff the administrative staff, from county administrator to chief has been silence,” said the whistleblower.

“What is your motivation for talking?” CBS 6 Problem Solvers Laura French asked the whistleblower.

“I’m not angry with anybody, I’m not disgruntled. I love Westmoreland County,” he replied. “It’s very frustrating to be a part of a department that does not train.”

“This absolutely could have been prevented if we had a clear-cut process for our providers on how we do things.”

He said if they did, Rita Davis’ family may not be suffering the loss of a partner, mother and grandmother.

“The county does have blood on their hands,” said the ALS provider. “We work to help people and save lives, not to take them.”

“I feel bad for everybody on the unit. The providers, this has affected them and will affect them for the rest of their lives,” he said.

“The Virginia State Police came out to the vehicle they removed some information from a computer inside the unit that should tell them a lot about what happened in the accident,” he added.

The county provided CBS 6 with the following statement:

"Westmoreland County officials are saddened by the loss of life resulting from the September 17, 2018 accident involving our ambulance while transporting a critically ill patient. We are continuing our investigation into both this unfortunate incident and of our own internal processes so that we can provide the best possible emergency care to our citizens.”

The Virginia Department of Health said:

“The regulation and compliance division of the office of EMS is aware of this incident and will review the findings, once the Virginia State Police investigation is complete.”

The King George Commonwealth’s Attorney’s office says it is also awaiting the completion of Virginia State Police investigation before a determination can be made on possible charges.