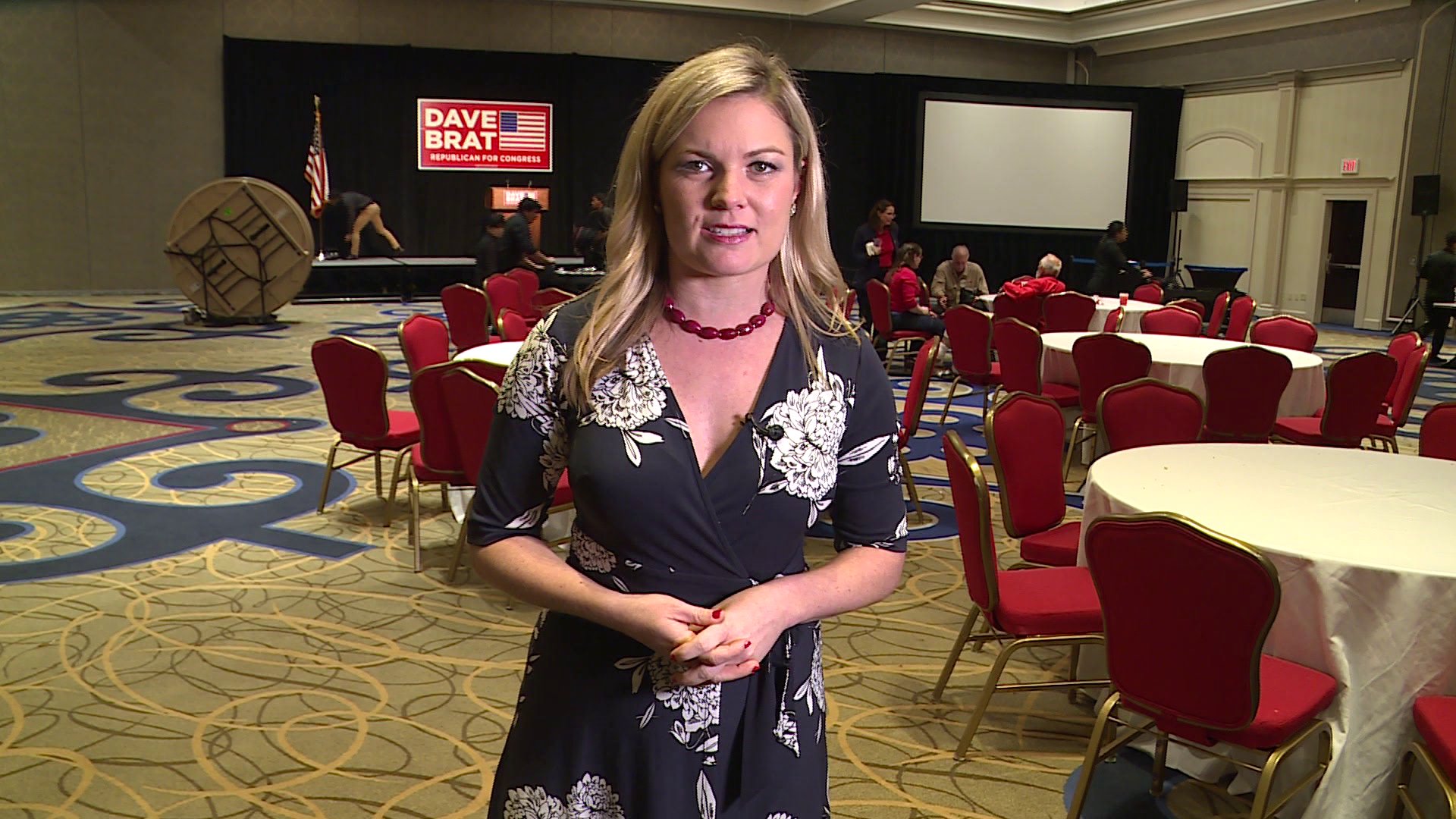 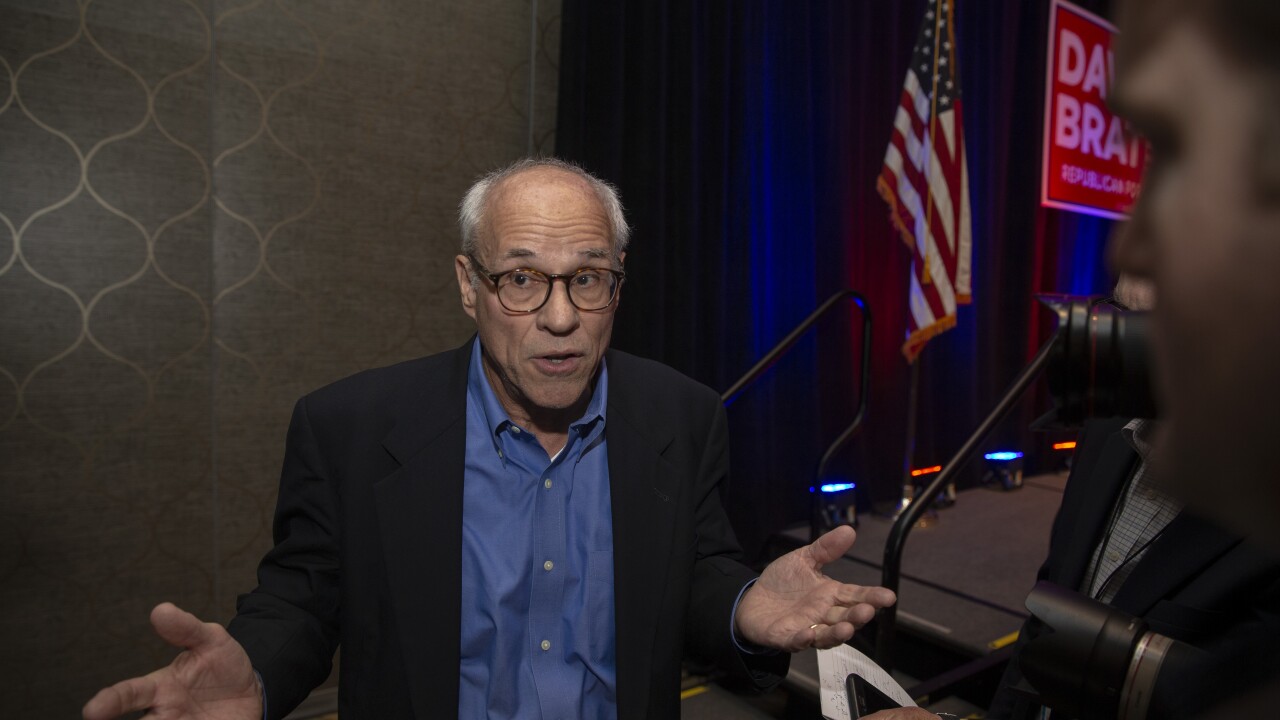 SHORT PUMP, Va. — Rep. Dave Brat’s Election Night party kept supporters in suspense Tuesday. It ended early without an appearance by the Republican congressman and before his Democratic opponent Abigail Spanberger even claimed the seat for the 7th District.

The ballroom at the Hilton Hotel in Short Pump emptied as Republicans watched the returns in disbelief and Brat's historic defeat became apparent. After the polls closed in the early evening, around 200 supporters gathered at Brat’s Election Party to show their support for the congressman. 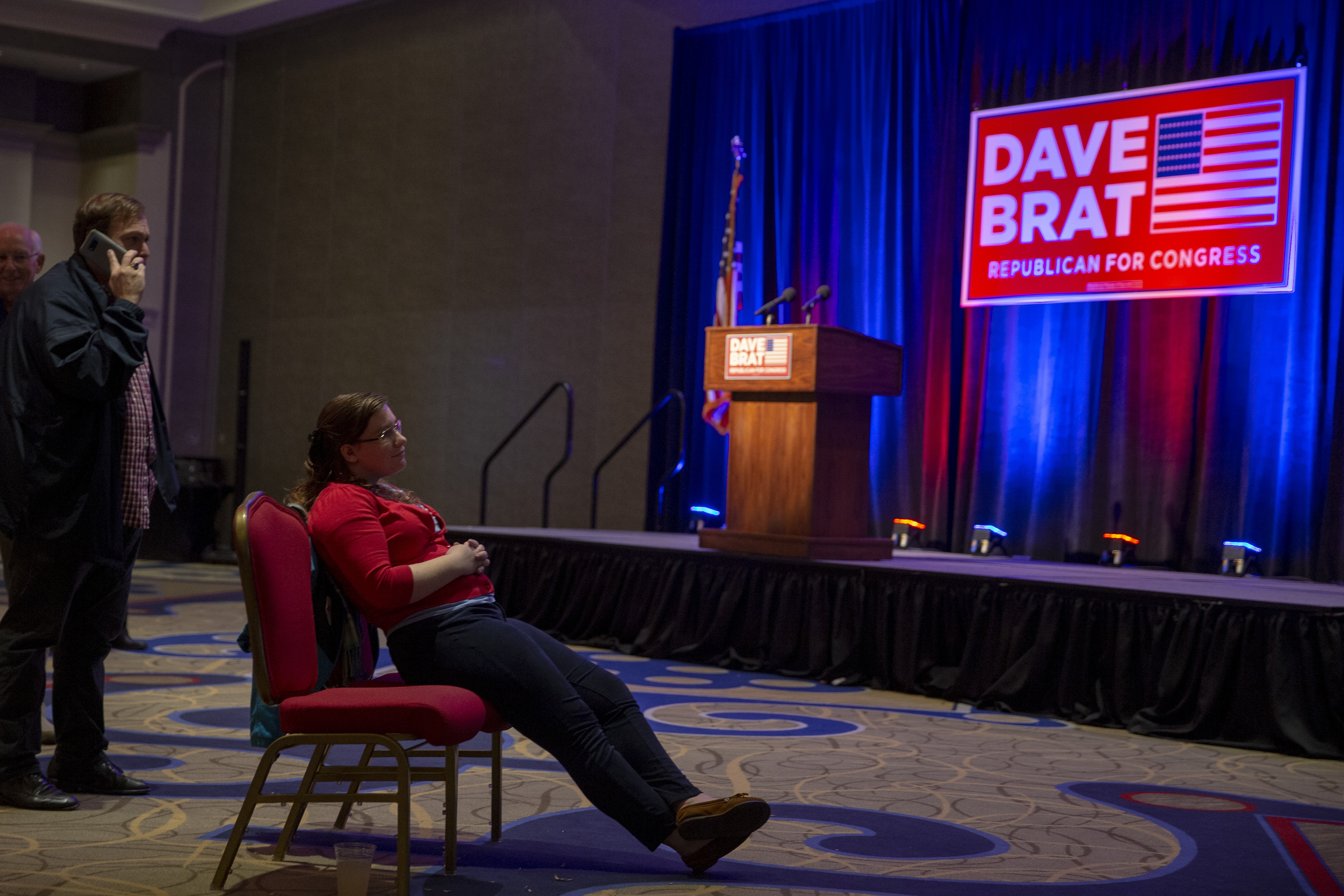 A recent poll from the Wason Center for Public Policy at Christopher Newport University placed the candidates neck and neck just before the election. And a close race it was all night.

In the end, Spanberger won with 50.3 percent of the vote, some 6,500 more votes than Brat.  It was the first time since 1968 that Republicans lost in the 7th District.

At the beginning of the night, belief in Brat’s re-election among his supporters ranged from “confident,” to “cautiously optimistic.” Regardless of their level of confidence, a few key issues still unified Brat supporters as the election results came in during the evening.

Supporter Jeff Atkinson said he was especially concerned about legislation regarding immigration.

"I believe in legal immigration, I don’t support illegal immigration,” Atkinson said. “Doing something to stem that tide is important to me. I think it’s important for jobs and the economy as a whole so I’m supporting him for a lot of those reasons.”

Attendees of the party were satisfied with Brat’s role in improving the economy.

Chris Snidow, an engineer, said he’s happy with the way his district had been running under Brat and would have liked to see things continue.

Other Republican supporters were more impassioned by the issue of healthcare.

Wendy Gilman has two children with special needs. She is especially concerned with the cost of healthcare and ensuring the government provides choices that make fiscal and economic sense.

“The other big thing for me is being able to choose a doctor. My daughter literally would have died, if I did not have the option to go and get second opinions,” Gilman said

More than 100 people are here at #DaveBrat’s election party and they’re continuing to file in. #ipadjournos pic.twitter.com/5dAv1PgRLB

Will Farmer is a machine shop owner and said Brat made several trips to his shop of about 30 employees.

Farmer lives in Ashland and got to know Brat when it was part of his district. He continued to work on Brat’s campaign because he enjoys working with him.

"Whatever we needed, Dave was right there,” he said before the final results came in. “He’s an economist, he understood the business we were in and I'm telling you that's pretty rare and I just hope he will still be there to represent Henrico County.”

Janice Caldwell is a full-time nanny and wanted to see Brat be re-elected because he’s economically responsible and reflects her values.

“I know he goes to the community often and tries to find out what their concerns are,” she said. “I just think he’s a decent man, and I want a decent person in politics. That’s my leader.”

Cecilia Grantier, a former bank employee, she said she couldn’t say enough good things about Brat. “He's just a very sensible man. All the issues that he supports are what I want to see in effect,” she said. “He's just a godly man, experienced on Capitol Hill. I just think he's honest.”

As results poured in, Spanberger and Brat traded small leads back and forth throughout the evening, leaving Brat’s supporters on edge.

The anxiety grew more intense when it was announced that certain polling locations in Chesterfield and Henrico closed as late as 9 p.m.

Brat’s campaign manager Phil Rapp eventually addressed the audience, saying they were still “running the numbers,” imploring supporters to “hang in there with us.”

Rapp also said that Brat would not make a statement on Tuesday. Shortly afterwards news organizations started calling the race for Spanberger.

While guests clear out and @RepDaveBrat's election party comes to an end, a sense of uncertainty is left behind as the final results of #VA07 remain unclear. #iPadJournos #Midterm2018 pic.twitter.com/QBFabS8DTL

Jim Herring, an Republican activist in Henrico County, supported Brat but already looked ahead to the future.

“I hope we decide to get behind whoever wins and allow them to work for us and stay involved in the process,” Herring said.

Editor’s note: This story was reported by Irena Schunn, Katie Bashista, Kirby Farineau, and Caitlin Barbieri. These student reporters are part of the “iPadJournos” mobile and social media journalism project, a cooperation between WTVR.com and VCU’s Richard T. Robertson School of Media and Culture.