Tim Kaine wants a ‘Virginia that works for all’ 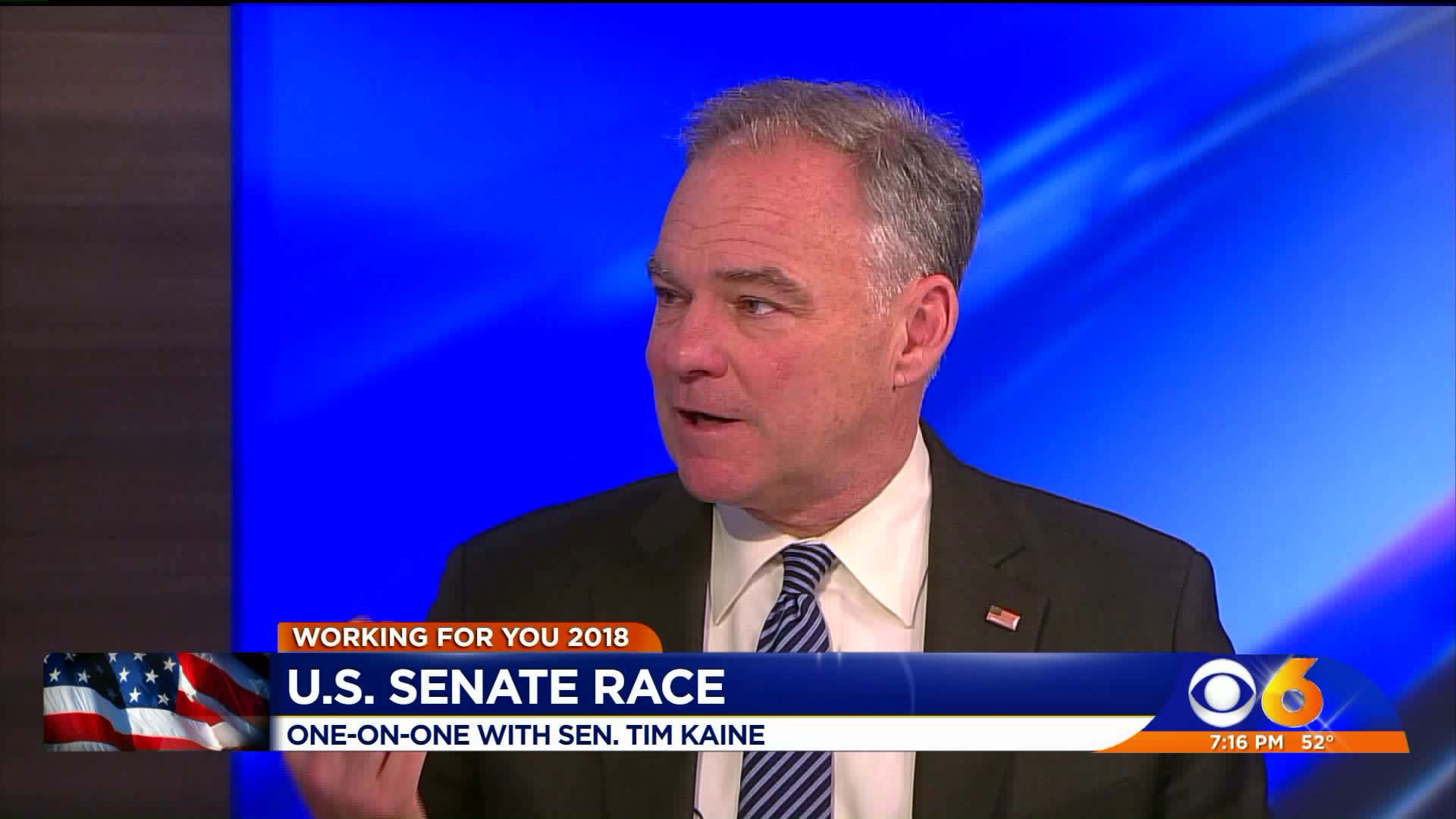 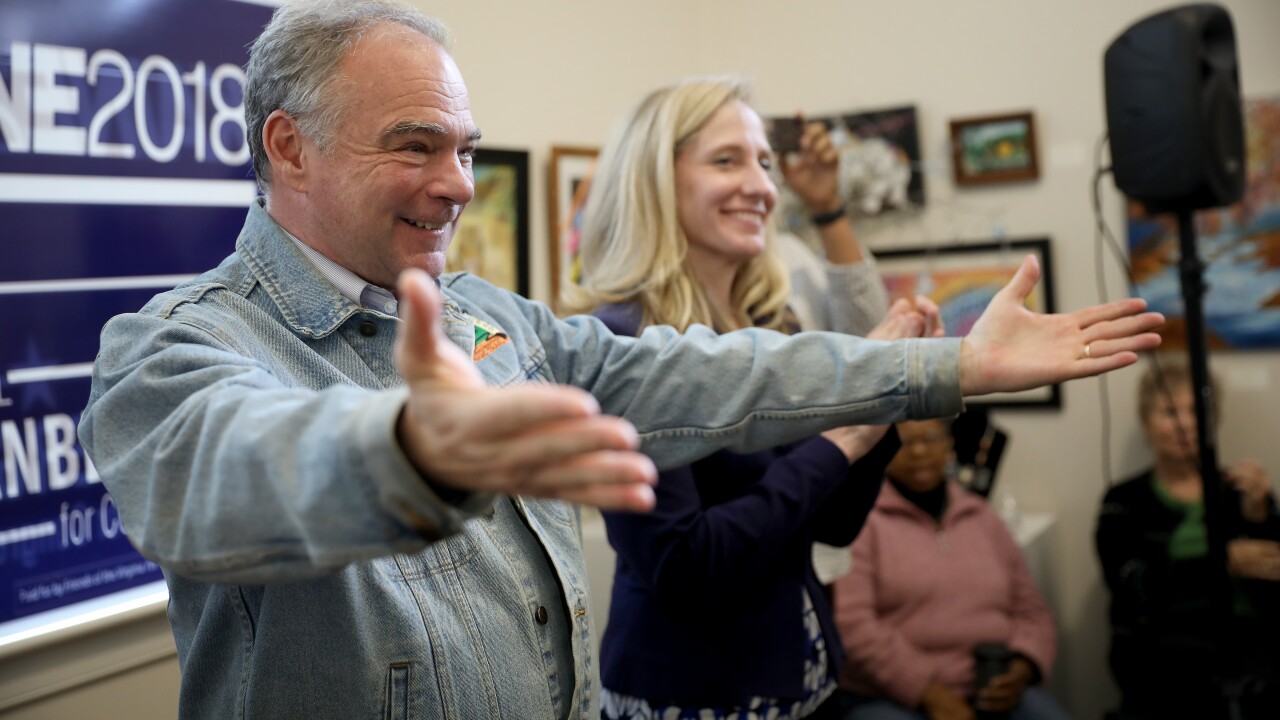 RICHMOND, Va. — With almost a quarter century of political experience in Virginia politics, Sen. Tim Kaine is now running his first re-election campaign as a U.S. senator. Two years after a bitter defeat as Hillary Clinton’s vice presidential candidate, Kaine has chosen to run on a platform of unity.

“A Virginia that works for all,” is the campaign slogan that Kaine hopes will carry him to victory over Republican Corey Stewart in Tuesday’s election. In contrast, Stewart runs on a platform that aims to “take Virginia back” and that wants to curb illegal immigration.

“I’ve known Corey since before 2016. When I was governor, he was a Prince William official pushing a really hard anti-immigrant line,“ Kaine said. “I feel more just the déjà vu of ‘Oh I’ve got to run against Corey.’ He and I have known each other for a while.”

The civil rights lawyer-turned-politician started his career on the Richmond City Council in 1994, and after serving as mayor, governor and chairman of the Democratic National Convention, Kaine was elected to his current position in 2012. Recent polls showed him with comfortable double-digit leads over Stewart.

Kaine recently held a meet-and-greet at a text-bank event at Virginia Commonwealth University, introducing himself to many of his young supporters. At the event, Kaine outlined his policy positions and also emphasizing bipartisanism and the importance of voter turnout.

“Having worked over the years, on a city, then state, and now federal level, this is the most challenging time I’ve seen in my entire life, where the most is at stake,” Kaine said.

The text-bank was put together by VCU’s Young Democrats, who have been working to support several Democratic campaigns during the Midterm Elections. Elias Hakim, the group’s treasurer, said they’re offering their support because their generation is “deeply unhappy” with the Trump Administration. 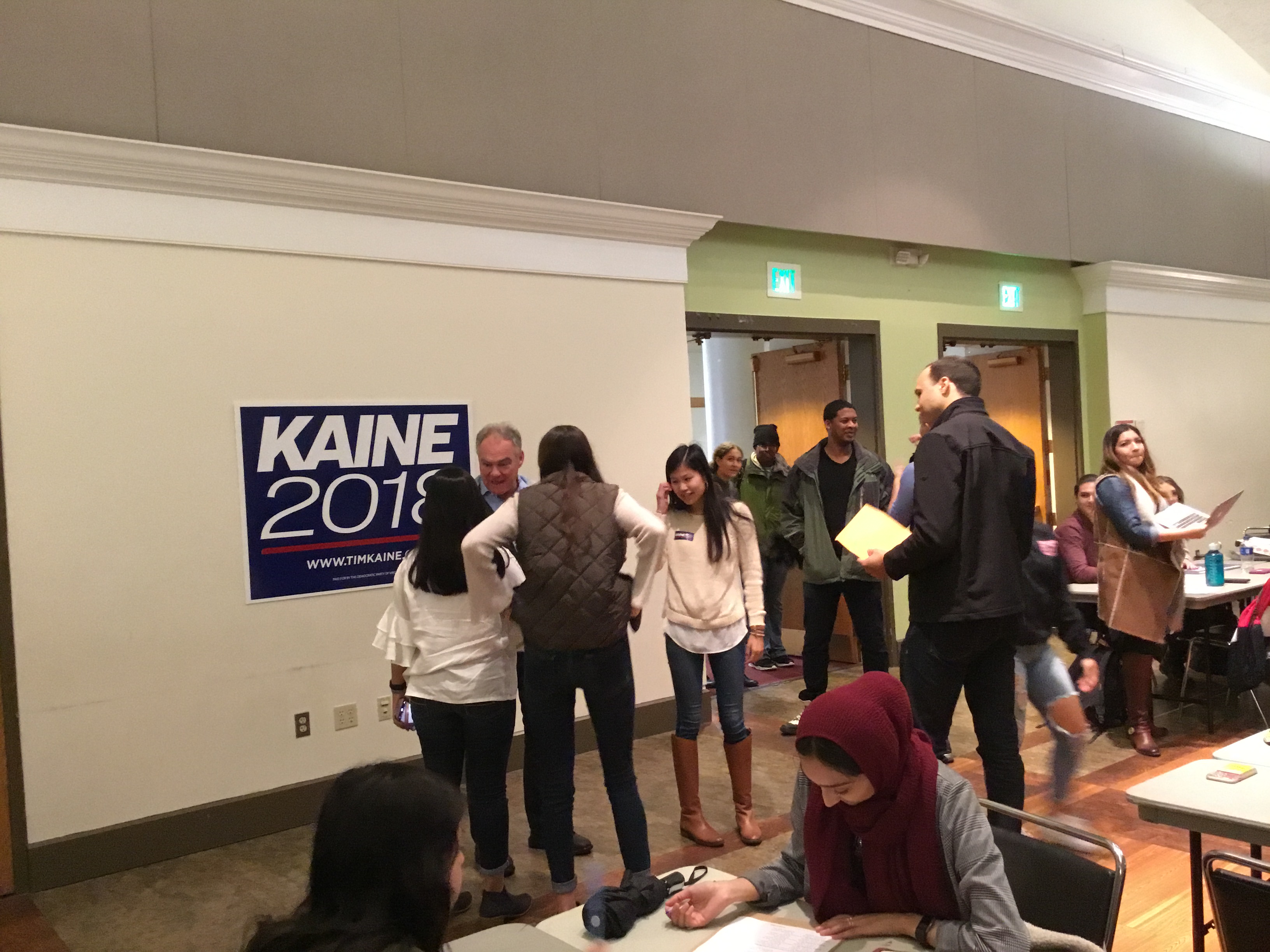 “We believe that we will be the change that the United States needs,” Hakim said. “When we turn out to support a blue wave of young, diverse, and progressive Democrats this November 6th.”

At the event, Kaine mentioned the importance of immigration reform as his legislative priority.

“I strongly enforced immigration laws, but I also think immigration is fundamentally positive for the country and that we need comprehensive immigration reform rather than demonizing immigrants,” Kaine said.

The senator also expressed concerns about the U.S relationship with Saudi Arabia following the killing of journalist Jamal Khashoggi, and the many intense tactics used in the Yemeni civil war. Kaine criticized the human casualties against the Shia Houthis movement and civilians within Yemen. He was one of many senators who moved to block U.S arms deals with Saudi Arabia in response.

Kaine also commented on the Trump Administration’s policies redefining gender protections to not include transgender people, and the exclusion of transgender people from serving in the military. He criticized the decisions to“cruelly demonize some in order to whip up people for votes.”

The senator also said that he wants to eliminate energy subsidies as a way to decrease the national deficit, while also allowing renewable energies to take the position as a competitive and economically beneficial resource. He hopes his position will “appeal to some Republicans to get on board with something that would help us deal with climate change.”