Corey Stewart wants to ‘take back Virginia’ from Tim Kaine 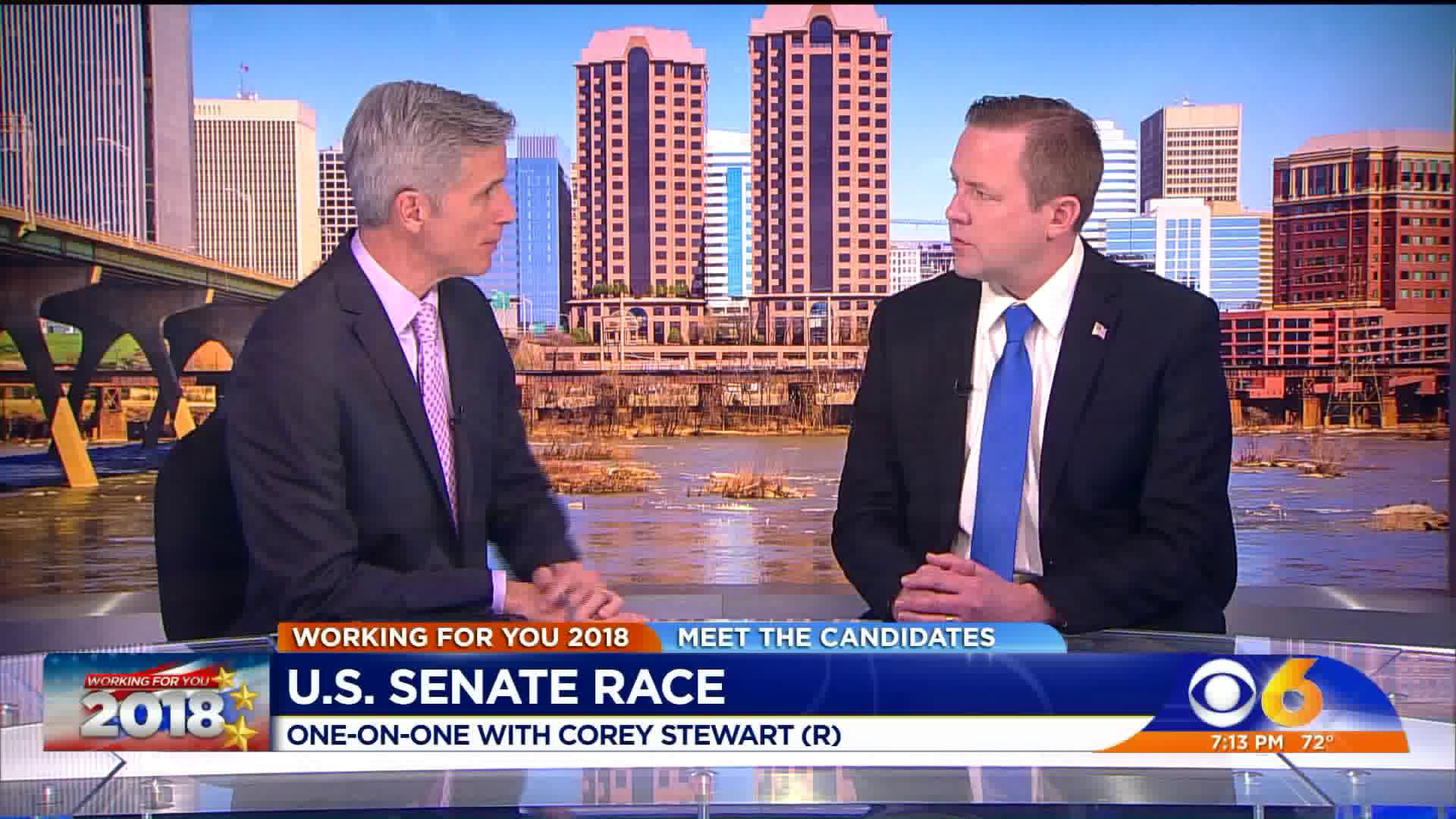 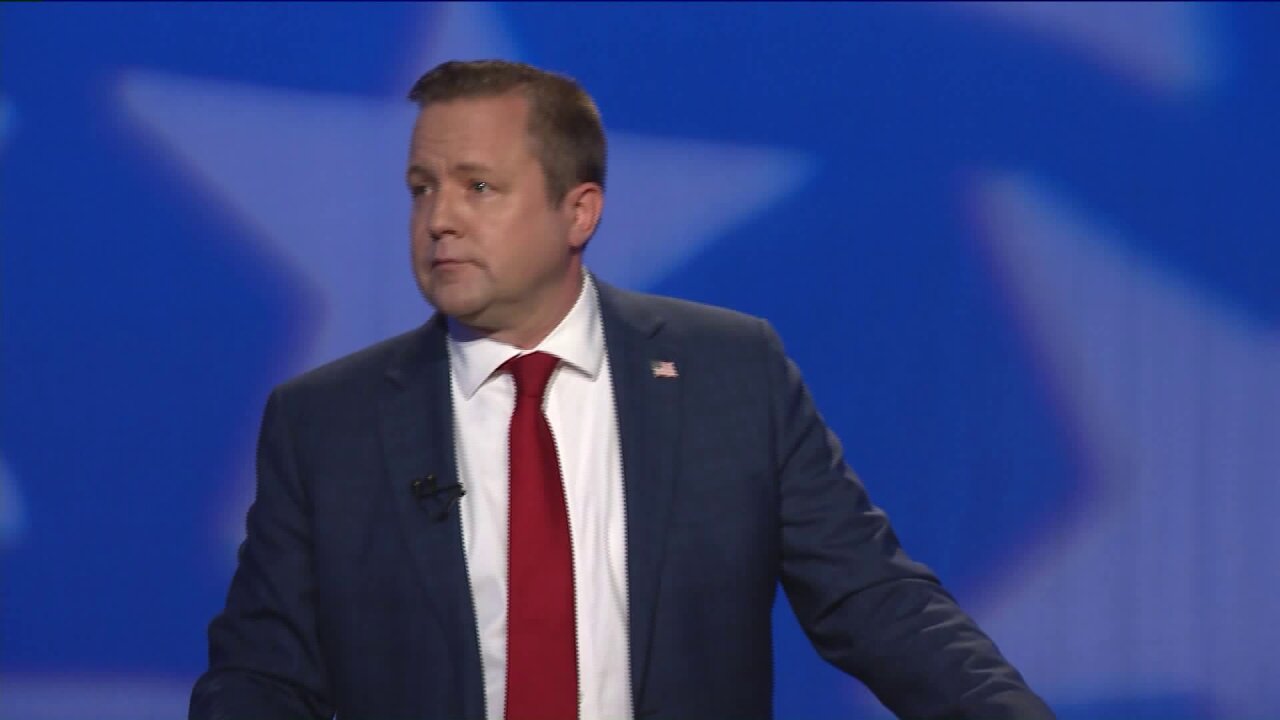 Stewart wants to reform immigration policies and bring jobs back to Virginia.

Raised in Minnesota during the collapse of the mining industry, Stewart has always sympathized with blue-collar Americans. His father was a longshoreman who worked hard to provide for his family. Those values are still with him today, said Stewart, who is the at-large chairman of the Board of Supervisors in Prince William County.

At the age of eight, his brother encouraged him to run for office.

“That dream has never left me,” said Stewart, who is married and has two sons.

While he is a Republican running against a Democratic incumbent, one of Stewart’s idols growing up was President John F. Kennedy, a Democrat.

Bringing back jobs to Americans is high on Stewart’s list if elected to the Senate. He plans to aggressively pursue economic growth policies and renegotiate unfair trade agreements to establish foreign markets to American products. When asked what he thinks are the most critical issues that Virginians face today, he said manufacturing.

“Number one: we gotta bring back manufacturing,” Stewart said in a phone interview. “We cannot remain a prosperous country without a manufacturing base, and I will be with the president in forcing open foreign markets to American goods, making the tax cuts permanent and securing the border to prevent criminal illegal aliens from entering our country in the first place.”

Stewart also fully supported President Trump’s immigration crackdown that led to thousands of individuals being separated from their families. He has been working on eradicating illegal immigration in Prince Williams County and is known for turning over more than 8,000 illegal aliens to the U.S. Immigration and Customs Enforcement, which his campaign said led to a 48.7 percent drop in violent crime.

If elected, Stewart plans to work with the Trump Administration on deporting all illegal immigrants and banning sanctuary cities.

“He has a lot of Spanish people voting for him. That proves he’s good. I’m an immigrant and I like to have legal immigration,” said supporter Mary Ray in an interview for LocalDVM.

Stewart is also an advocate for the Second Amendment and is fighting to remove any restrictions in place.

In 2016, the Prince William Board of County Supervisors passed a resolution that waives the county cost for processing concealed handgun permits. This made it the first locality in the Commonwealth to do so.

“The right to carry a handgun, whether openly or concealed, is clearly granted to every US Citizen through the Second Amendment,” Stewart said.

If elected, Stewart plans to work to defund Planned Parenthood and get rid of Obamacare by expanding Health Savings Accounts. He thinks Obamacare has failed by costing Americans their jobs, doctors and health insurance. In the future he wants to make healthcare more affordable and accessible across state lines.

As a Catholic, Stewart is pro-life. He said he will not defend the right to life, but will protect it.

”I’m pro-life, I have a feel for people who are poor. I grew up in a lower middle-class family, my dad was a longshoreman, there wasn’t a whole lot of money. But we had values, and so it affects me in the way that I think,” Stewart said.

“I believe that abortion should be illegal except in the circumstance of the woman being raped,” Brunson said.

Regarding other political issues, Stewart believes keeping the confederate statues up reminds America of its past as a way to move forward. He also wants to relieve traffic and improve roads, gain independence from foreign oil and remove Washington’s bureaucracy from education.

Among Stewart’s supporters in this race is President Trump, who tweeted his congratulations when Stewart was nominated by the Republicans.

Congratulations to Corey Stewart for his great victory for Senator from Virginia. Now he runs against a total stiff, Tim Kaine, who is weak on crime and borders, and wants to raise your taxes through the roof. Don’t underestimate Corey, a major chance of winning!

Stewart also took to Twitter, trying to rally his supporters to turn out on Tuesday.

Our strong #AmericaFirst message is tightening this race!

Now is the time to make that extra phone call or text & get your friends and family to vote — help us get over the finish line! pic.twitter.com/X8D243GHkP

But polls have consistently showed Stewart trailing Kaine by double digits as they were heading into Tuesday’s election.