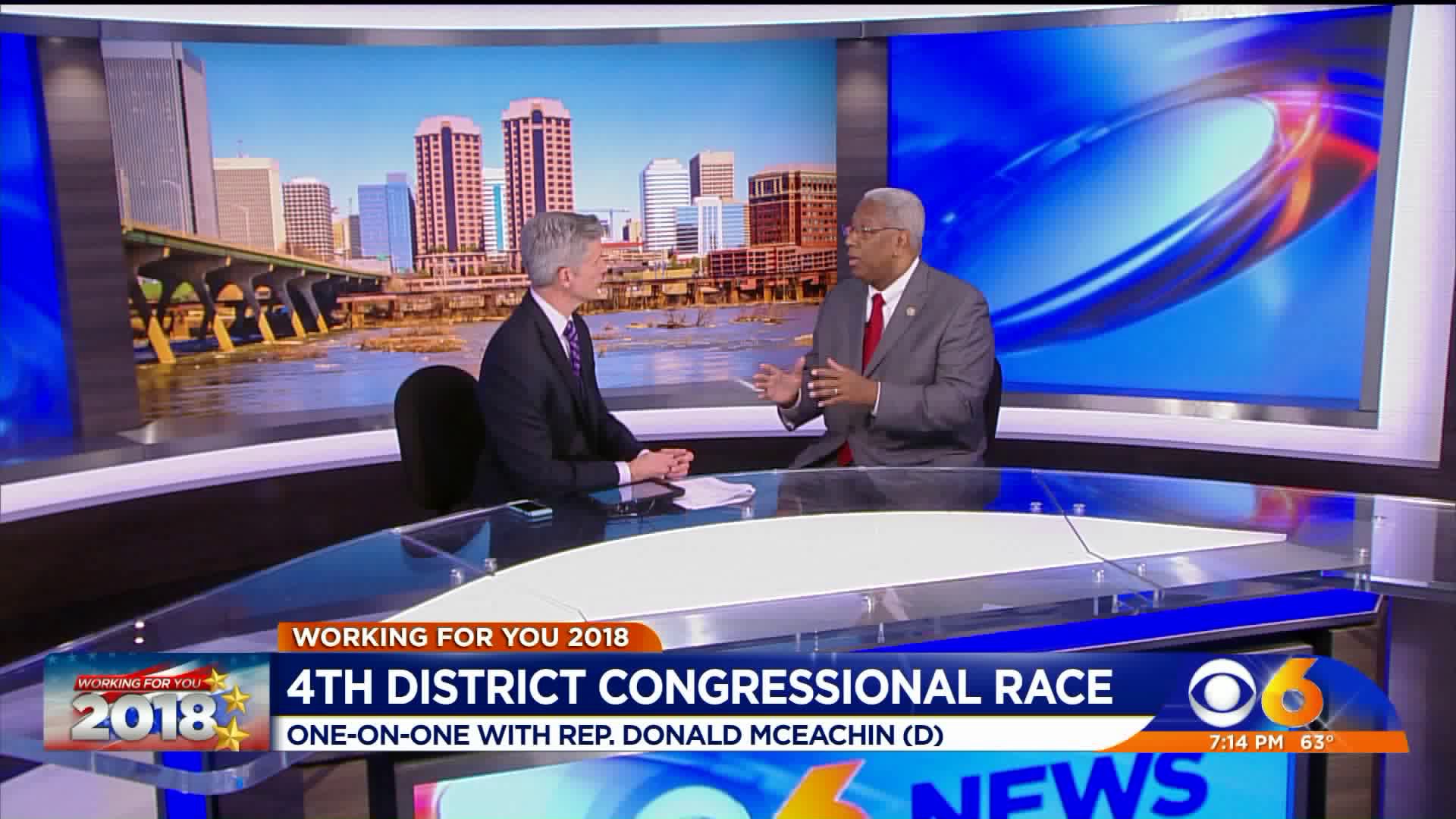 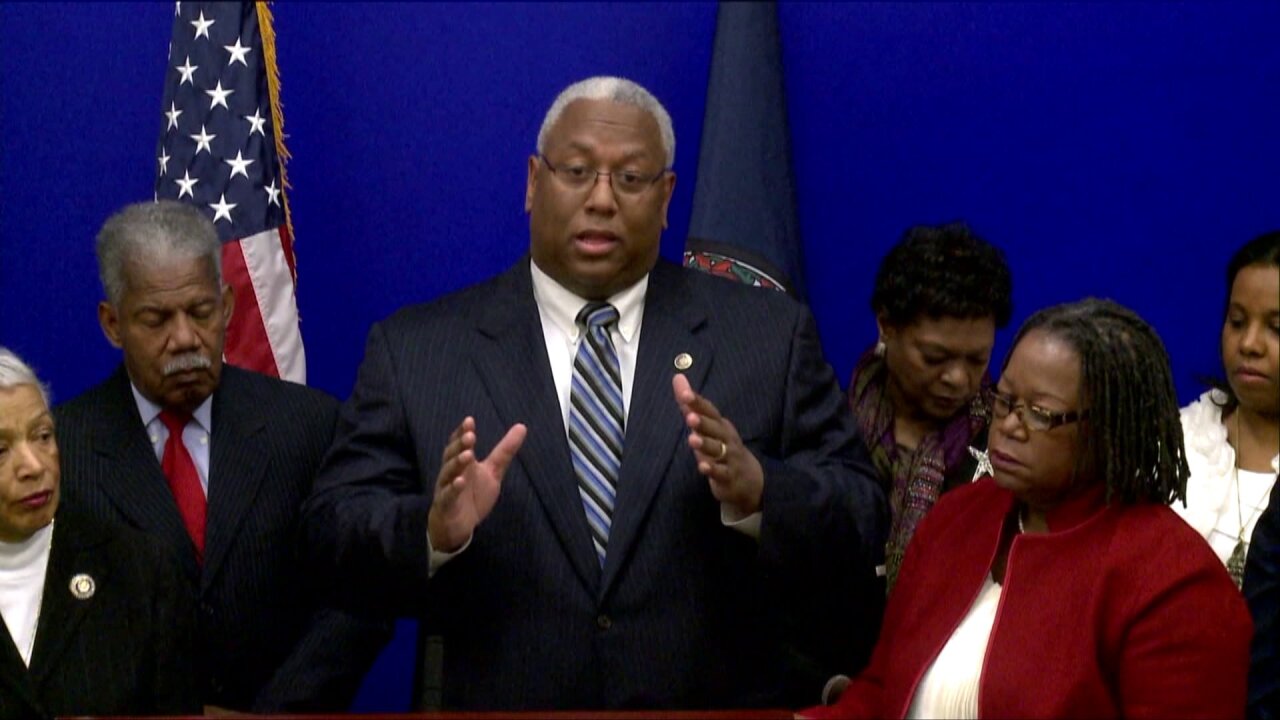 RICHMOND, VA — A get-together last month on the corner of West Franklin Street and Horsepen Road may have been missing the congressman it was meant to promote, but Rep. Donald McEachin’s presence was a constant throughout the night.

“He is in some ways the original Henrico Democrat,” said House of Delegates Rep. Schuyler VanValkenburg (D – Henrico) at the event organized by the LGBT Democratic Caucus of Virginia and held in the home of founding member Brian Boyce. VanValkenburg was one of a number of high-profile guests in attendance, including Dels. Debra Rodman (D-Henrico), Dawn Adams (D-Richmond), and Danica Roem (D-Prince William).

“He is the foundation upon which all the success that we’ve had in this region in the last three years is built on,” VanValkenburg said. McEachin has not been able to campaign as much as in the past due to a non-life-threatening illness, a fistula, and has lost more than 60 pounds due to it. In Tuesday’s election he is facing Republican challenger Ryan McAdams for the District 4 seat.

McEachin, in a phone interview, was amused by the praise of his colleagues, briefly reminiscing on the journey he’s taken from a partnership at the McEachin & Gee (now just Gee) Law Firm, to the halls of federal power in a decades-spanning political career in Virginia politics. After a career in state politics, he was elected to Congress in 2016.

“It’s kind of funny when you look up in the mirror,” McEachin said, “and say ‘Wait a minute, I’ve been here a little while.’”

Ryan McAdams, the Republican candidate for Virginia’s 4th district, had set a confrontational tone with his own campaign event held the same day as the Democratic meet-and-greet, in a gathering that included appearances from Vice President Mike Pence and former Virginia Gov. Bob McDonnell.

While analysts predict McEachin securing a sizable number of votes compared to McAdams and Libertarian candidate Pete Wells, Republicans locally and nationally are leaving nothing to chance.

“The Democrats [...] love to talk about this blue wave that is supposed to be rolling across the country,” said Jack Wilson, chairman of the 4th District GOP Committee. “I don’t see it in Virginia.”

“On Oct. 8 when his medical problems came up, even the Speaker of the House, Kirk Cox, sent out a get-well-soon message to him and that just kind of goes to show how well regarded Congressman McEachin is across party lines,” Roem said. “Anyone from the LGBTQ community can clearly respect McEachin’s service, because he wasn’t just an ally for us. He was a champion for us, too.”

The congressman had his own view on the shift in the political landscape since his career began in 1997, saying that “it has got a lot more personal than professional.”

He sees it as a far cry from the adversarial and cordial approaches he was trained to switch between as a lawyer.

But McEachin seemed optimistic that change would be made to create a more amenable political body, one where figures would be able to “disagree without being disagreeable.”

McEachin also noted that he had several high-profile appearances during his reelection campaign.

The congressman is in high spirits about his party’s prospects in the Midterm Election, saying that Democrats “across the nation have really been focusing like a laser beam on our theme.”

The events that allowed McEachin to ascend to the federal halls of government remain as relevant to Virginia’s politics as ever. After a decade of work in both chambers of the Virginia General Assembly, McEachin defeated Mike Wade in 2017 in the new 4th District, redrawn in 2015 after the state's congressional map was deemed unconstitutional by the U.S. District Court of East Virginia.

McEachin, for his part, hopes that the rights and voices of the Commonwealth’s citizens will ultimately take precedence over any politicking that has come and that may result from this developing issue.

“Mr. McEachin has always been a paragon of grace. He’s always been someone who’s done things the right way. And I haven’t seen anything this election cycle to make me feel and do differently,” said Michael Armstead, a poll-watcher with the Voter Protection Council and recent graduate of the University of Richmond’s School of Law. “I have no doubt that come Election Day he’s going to wipe it up. I think he’s going to be victorious.”

Heading into the final days before the midterm elections, McEachin remained steadfast in his focus on providing a comprehensive legislative agenda, offering the voters of the 4th District something he believes matters more to them than any political spectacle, locally or nationally.

“We don’t have to talk about Donald Trump,” McEachin said. “Whether you like him or don’t, that’s already baked in. But we think people want to hear is what are we planning to do governing in the House, and again that’s health care, again that’s infrastructure.”

By Irena Schunn and George Copeland Jr. (Special to WTVR.com)