Ryan McAdams will work to change marijuana laws, help the disadvantaged – if elected 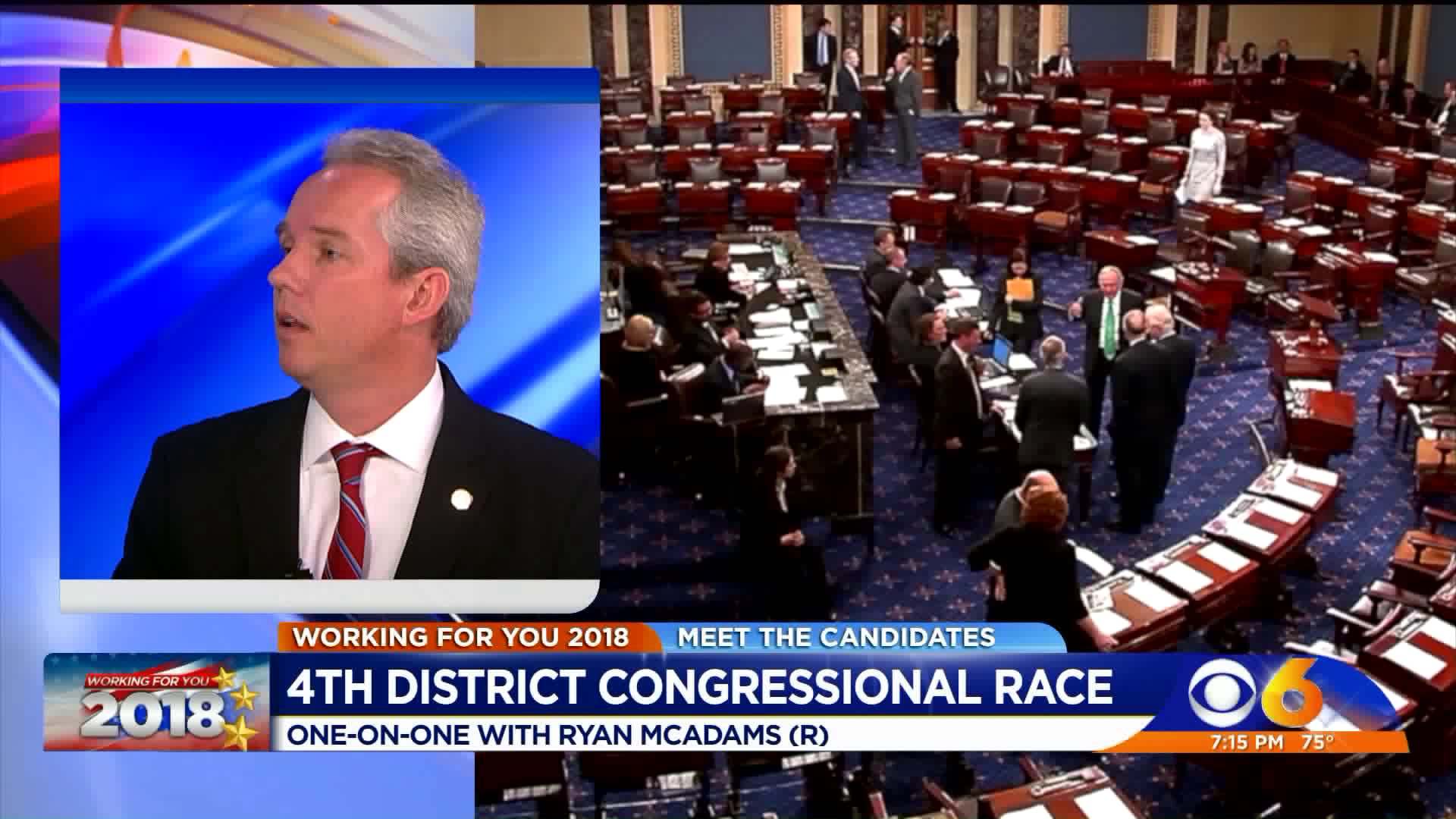 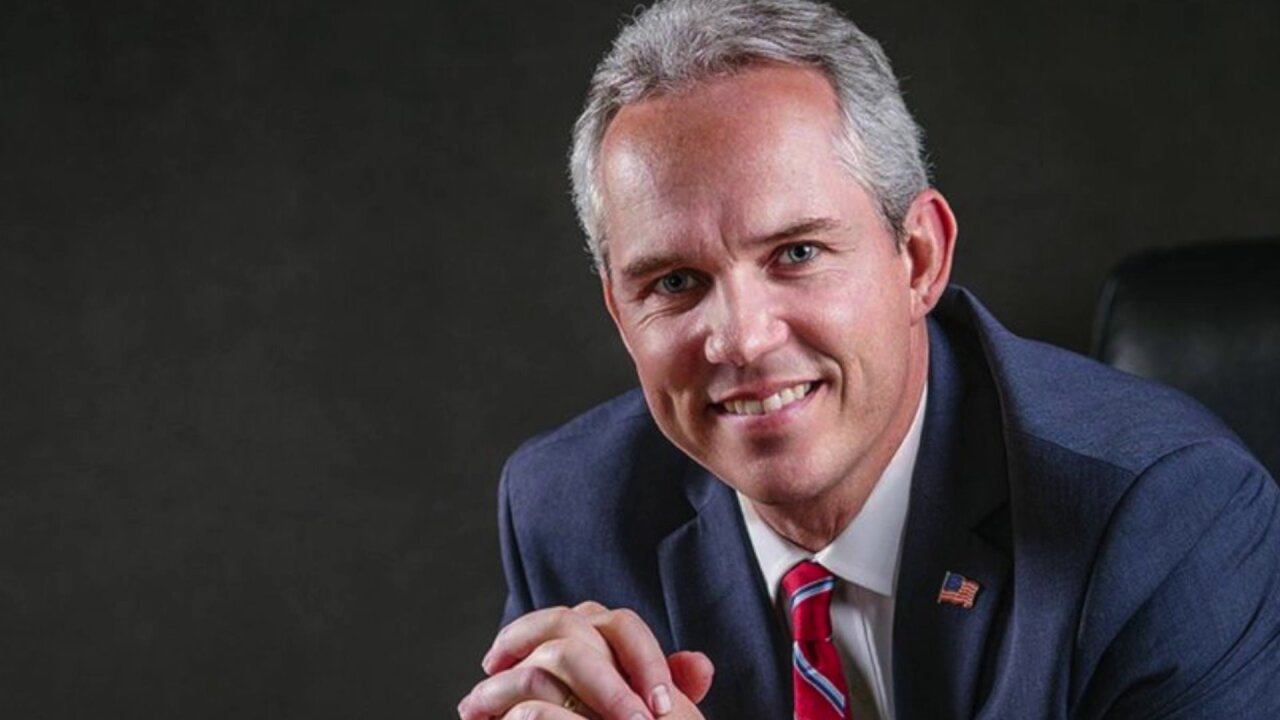 RICHMOND, Va. — Republican Ryan McAdams joined the 4th District race against incumbent Democrat Donald McEachin because he saw a need for more compassionate leadership. The pastor from Charles City County said he felt called to run after God spoke to him in a dream nearly three years ago.

“There was a woman who was an elder in my church, and she came up to me and she said, ‘Ryan, you’re not just called to serve people; you’re called to serve the nation, and you need to run for elected office,’” said McAdams.

McAdams and his team are running a grassroots-style campaign.

As a first-time candidate, he said it has been challenging to try to get his name out and gain peoples’ trust, but he has enjoyed meeting people on the campaign trail, connecting with them and hearing their concerns.

He has dedicated time especially to those he felt may have been overlooked in the past: rural farmers, the thousands of veterans in his district, small business owners, and contractors. Showing constituents true servant leadership “cuts across a lot of politics,” he said.

“I’m a people person,” McAdams said. “I just love to be with people and bring practical solutions … We have to get back to really what governing is about, and that’s serving people.”

He said many of his policy interests are those he believes he could work on with the Democrats, because they have been traditionally platformed by such politicians. 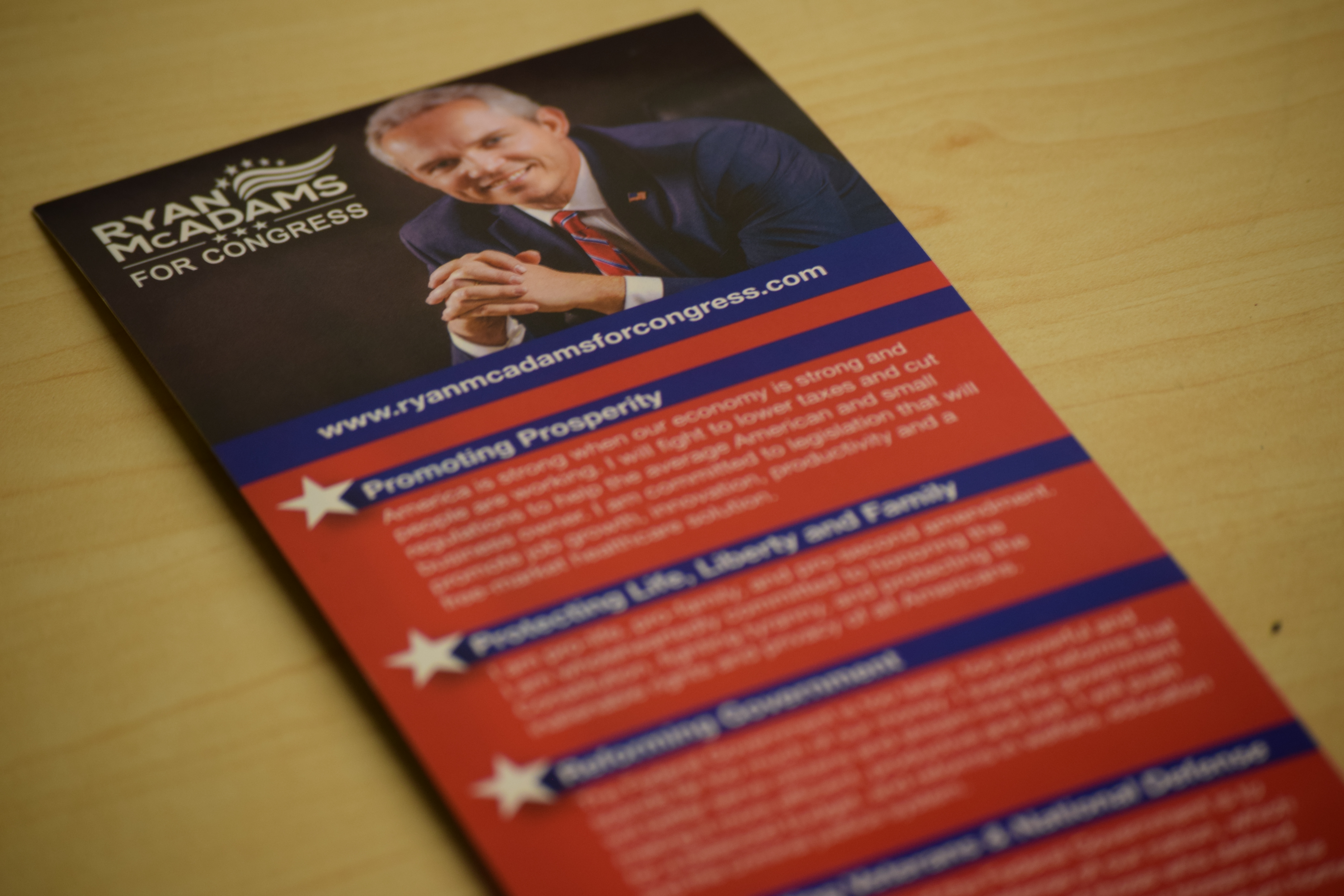 “Criminal justice reform, I have a real heart for that. I’m seeing that firsthand and close up,” McAdams said. “I think the marijuana classification needs to change. We’ve filled our prisons with people that have been charged by dealing marijuana — it shouldn’t be a Class 1 drug; it should definitely be brought down. I’m not for legalization, but I think there’s a medical use for it. Welfare reform, public housing innovation. I think there’s a lot we can do to help the poor, to help the disadvantaged to get a leg up.”

McAdams is a firm supporter of President Donald Trump. Although he said he does not always agree with the president’s demeanor, he would intend to uphold his policy agenda if elected.

“I definitely want to keep the economy rolling the way it is. So I want to continue to see low taxes. I want to see higher wages. I want to see better job opportunities,” he said. “I think that we need to focus on what’s good for Americans, and I support that.”

Sandy Adams, executive administrator for the McAdams campaign, said people have connected with him because of his sincerity and willingness to listen.

“He cares about all demographics and his social work has helped him to understand the needs of all people that live in the 4th District,” Adams said. “Ryan is a person of integrity; he’s a person who I believe will do what he says.”

McAdams said he is not your average Republican. Those with the loudest voices and most caustic rhetoric are the ones that get the most headlines, but McAdams said people should pay no attention to them and instead focus on those trying to get things done.

“I would like to be a voice of moderation and solutions, of honor and civility. We say we want change, but we are going to have to be the change,” he said.

By: Kevin Sontag and Deanna Davison