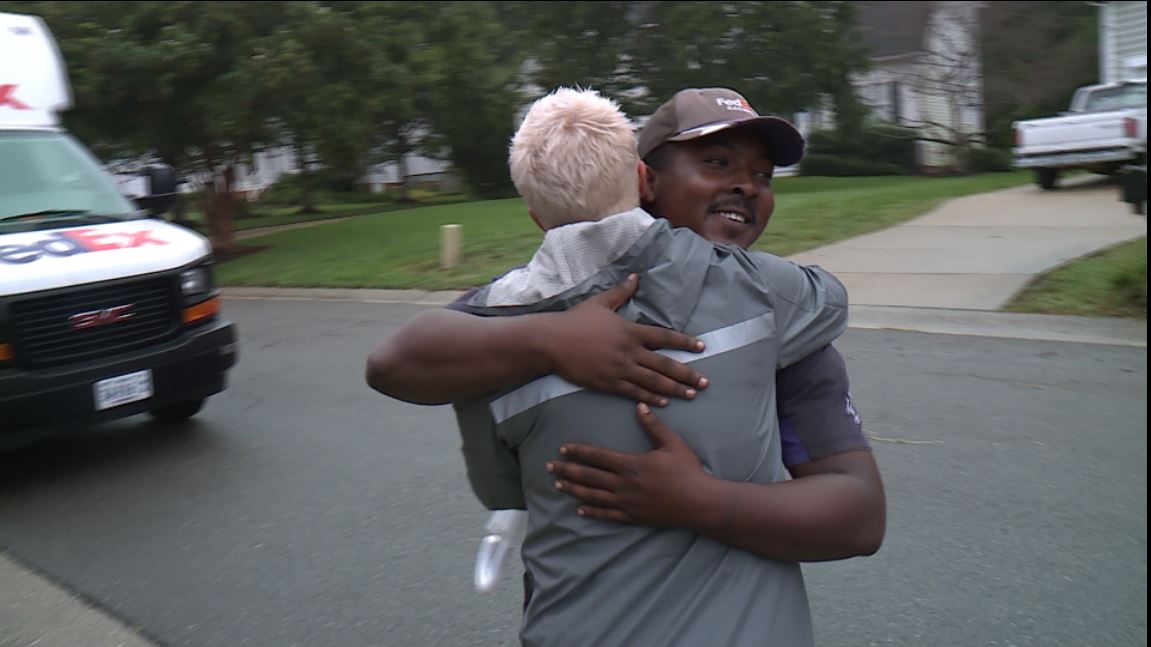 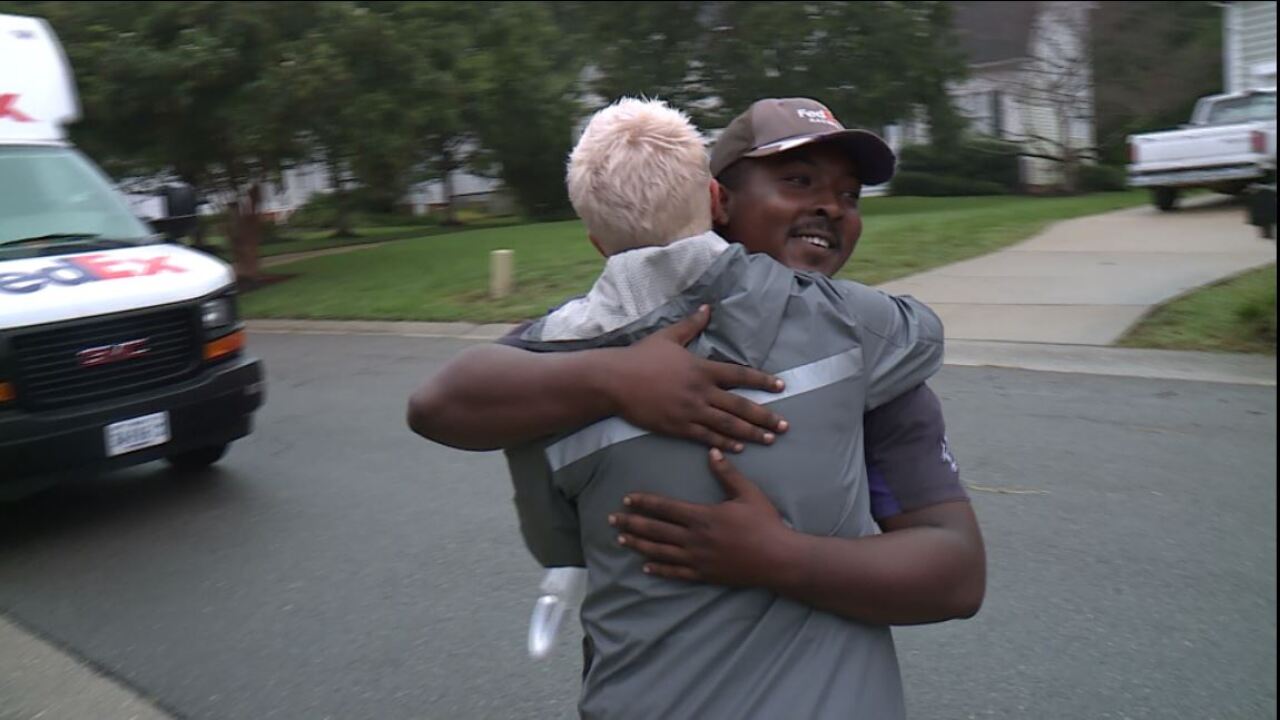 CHESTERFIELD COUNTY, Va. -- Ronnie Taylor, the contracted FedEx driver who was praised by the president and CEO of the company  for stopping to help an injured boy in July, has been recognized for his good deeds again. This time Taylor helped Chesterfield tornado victims. Both times pictures of his generosity were captured and shared on social media.

Taylor was starting his route through Chesterfield’s Hampton Park neighborhood Friday when he noticed Ashley Stavac and her husband cleaning up storm debris in their yard.

The historic September 17 tornado outbreak tore a path of destruction through the couple's home and yard.

"I saw her husband hunched over right here in the front yard he was sweating bullets,” Taylor said. “I saw her in the back just dragging. I was like 'oh my God.'"

“After I delivered the package I was like ‘hey, if you guys don’t mind I just want to throw a few on your truck,” Taylor added.

“He said if I could empty everything out of this truck right now and take it all for you I would,” tornado victim Ashley Stavac recalled. “Who says that in this day and time?”

“He actually stopped what he was doing and began hoisting everything in our yard up on the trailer with my husband,” Stavac continued. “He got on top of the trailer and tried to stuff more stuff down, he strapped the trailer in 15 to 20 minutes and went about his day,” she added. “It was the first time somebody was real. It was the first time anybody had tried to pay it forward and not expect something that people couldn’t afford.”

“I would want somebody to do the same thing for me,” said Taylor.

Stavac said within minutes after her neighborhood was devastated by the storm companies came though offering to clear yards for up to $9,000.

“Everywhere we turned people were taking advantage of us and then there was Ronnie who literally was doing his job and stopped for a few minutes and walked away and wanted to pay it forward and it meant the world to us,” said Stavac.

Stavac snapped some pictures of Ronnie and posted them to her Facebook page with a caption that read, “When your local FedEx man stops to help load a truck of debris…..Ronnie you are an angel!!! Thank you!!! Your mama raised you well!!! Thank you isn’t enough.” Within no time the post was shared and viewed more than 30,000 times.

“It took one act of kindness and one post by me and it just blew up,” Stavac said.

Back in July, a Woodlake resident snapped pictures of Ronnie helping a child he witnessed crash on his bike. That post made its way around the country and to the desk of the FedEx president and CEO.

“It makes me want to keep being the person I am times 10,” said Taylor.

Taylor said he lives by the motto he learned in grade school and one he will pass on to his six-month-old daughter,

“Do onto others as you would have them do onto you."

Taylor’s goal is to be a full-time employee for FedEx Freight.

Stavac said she called the company commending Taylor in hopes that he will be able to fulfill that dream.

"People need Ronnie at the top because he’s the kind of person that’s not only going to go the extra mile, if it’s not getting done right he’s going to do it himself,” Stavac said.

“We need more Ronnies in this world!” she said.

"FedEx Ground is proud of the many contributions our team members and vendors make to our communities every day," a company spokesperson said. "We commend the actions of Ronnie Taylor, a service provider employee who went above and beyond to help a citizen in need."