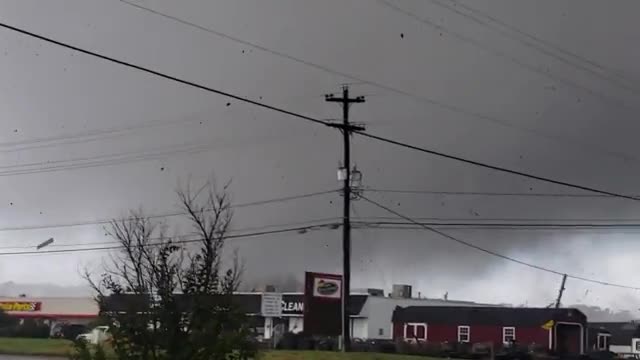 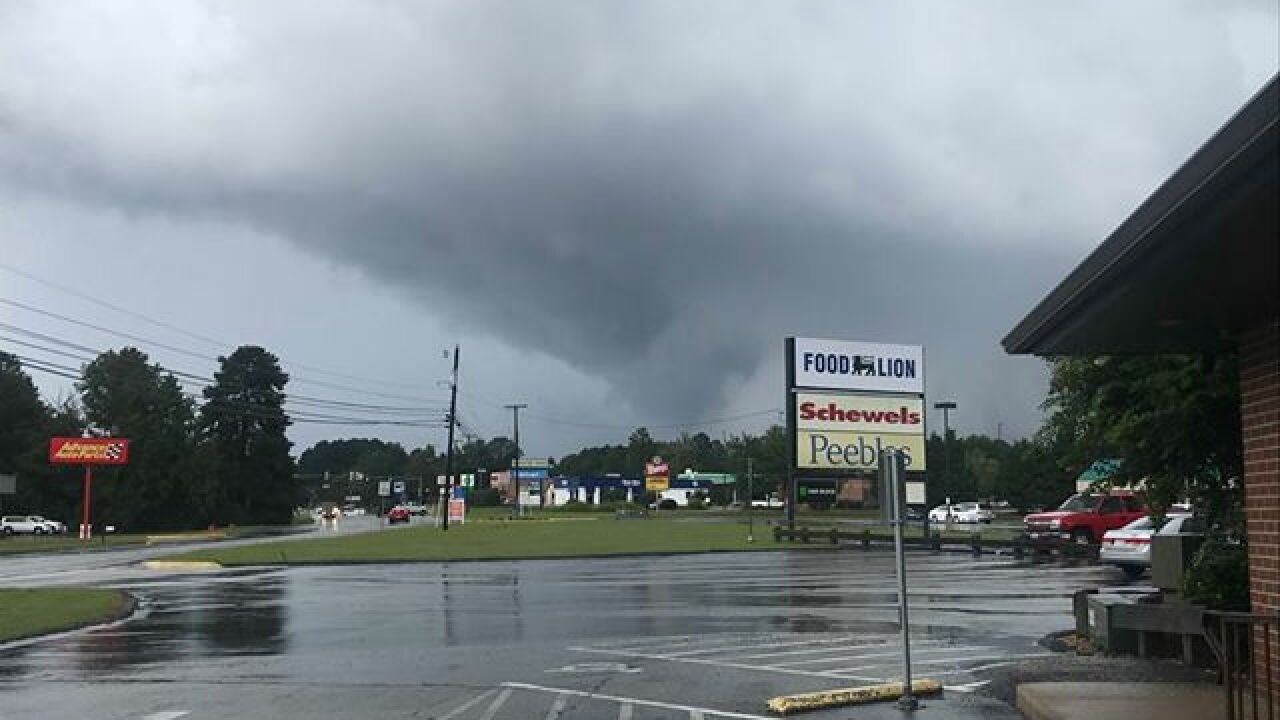 RICHMOND, Va. -- As the remnants of Hurricane Florence moved through Virginia Monday, numerous tornadoes formed in what meteorologists are calling a historic tornado outbreak.

Here's a look at some photos and videos of possible tornadoes as well as rotation and damage reports filed by our viewers.

This powerful video shot by John Guth shows a suspected tornado causing a path of destruction along Hull Street Road and Speeks Drive in Chesterfield County. One worker was killed and another suffered a minor injury when a tornado leveled Old Dominion Floor building on Speeks Drive. 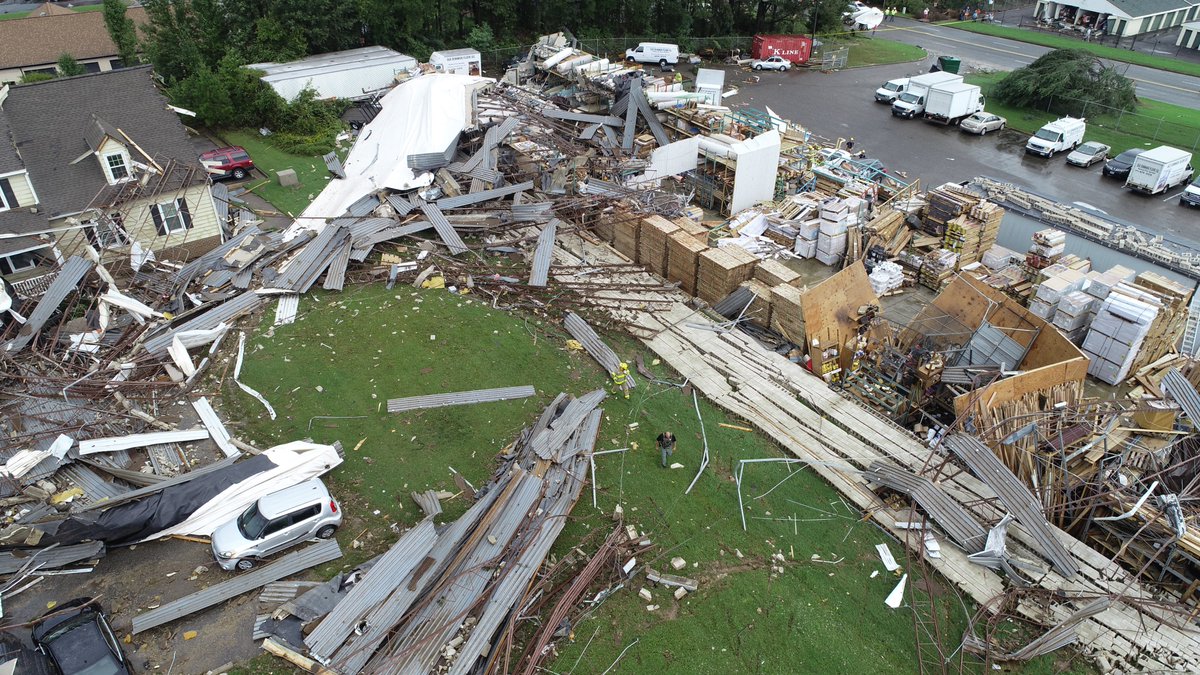 Photos show cars tossed around at the Victorian Square Shopping Center in Midlothian. A car's bumper can be seen lying on the pavement in front of one store and another store's entrance doors were shattered.

"This was just minutes after the tornado passed through, around 3:50, before police and firefighters arrived," Brian O. wrote.

This photo from Amrah ODonnell shows damage in Harpers Mill.

Damage was also reported in the Hunters Landing neighborhood along Decoy Lane.

Logan Whitton shot this photo of a possible tornado while he was leaving Richmond International Airport Monday afternoon.

Tim W took this photo around 4 p.m. at University of Richmond stadium.

Tim W took this photo around 4 p.m. at University of Richmond stadium pic.twitter.com/BWqxMUj5H6

"I"m a little more worried about it getting is!" she replies.

User Mustang Sally posted this photo of what she says is another tornado in Powhatan County.

Julia Burton shared this photo of an uprooted tree on Fauquier Avenue on the city's Northside.

If you have a photo to add to our gallery, click the "submit your photo" button below. You can also upload videos to our Facebook page or email pics@wtvr.com from your phone.