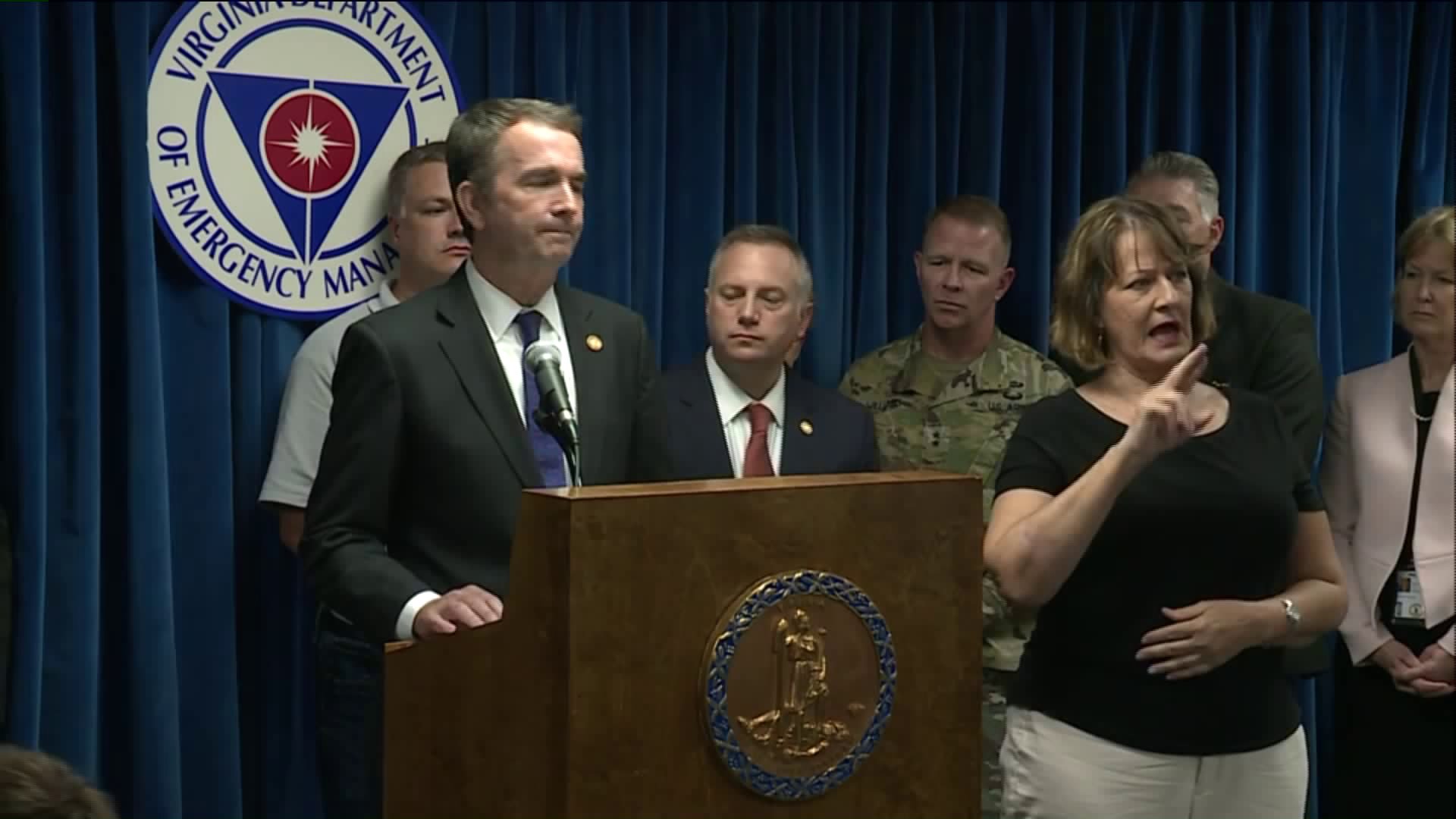 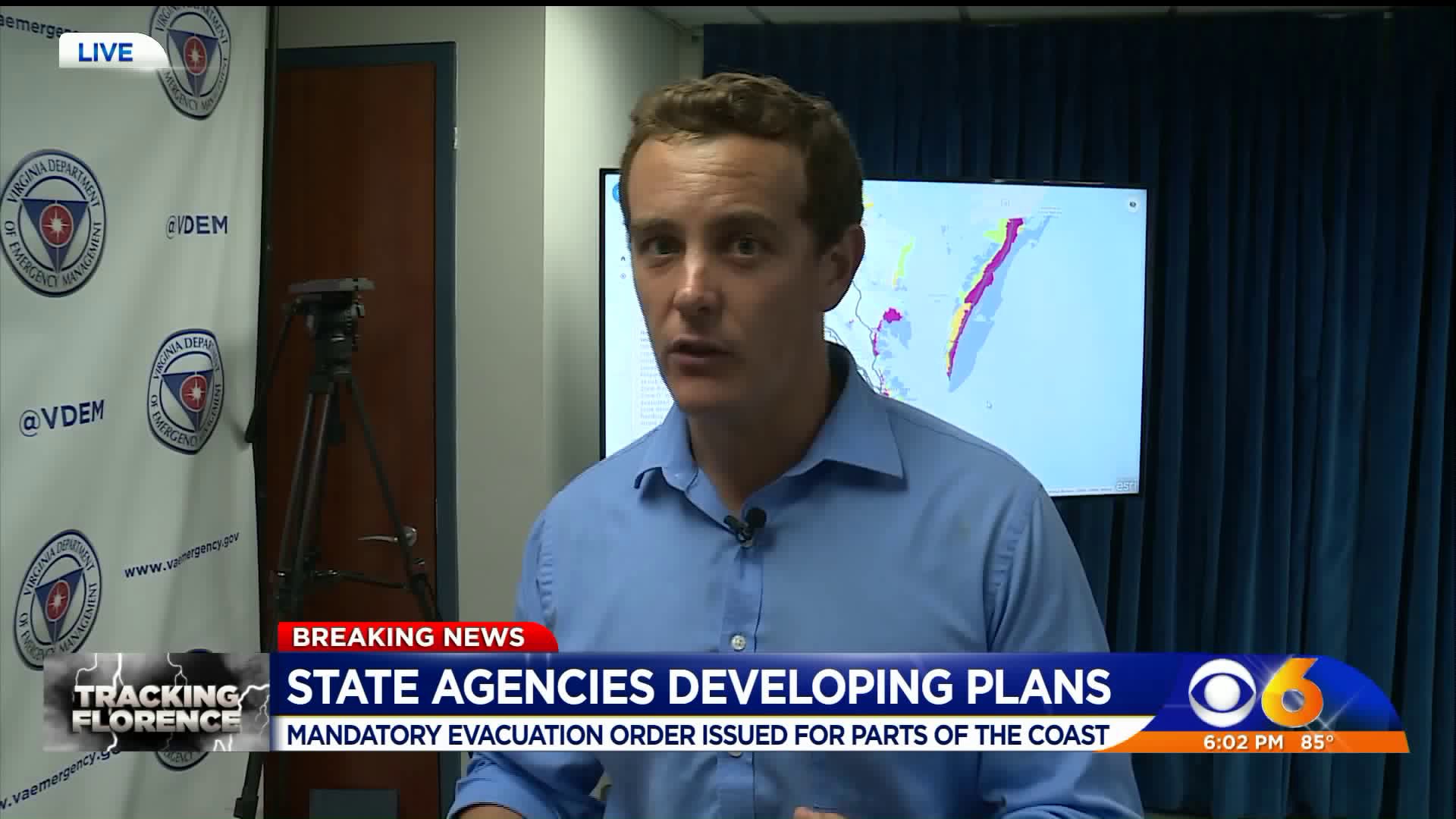 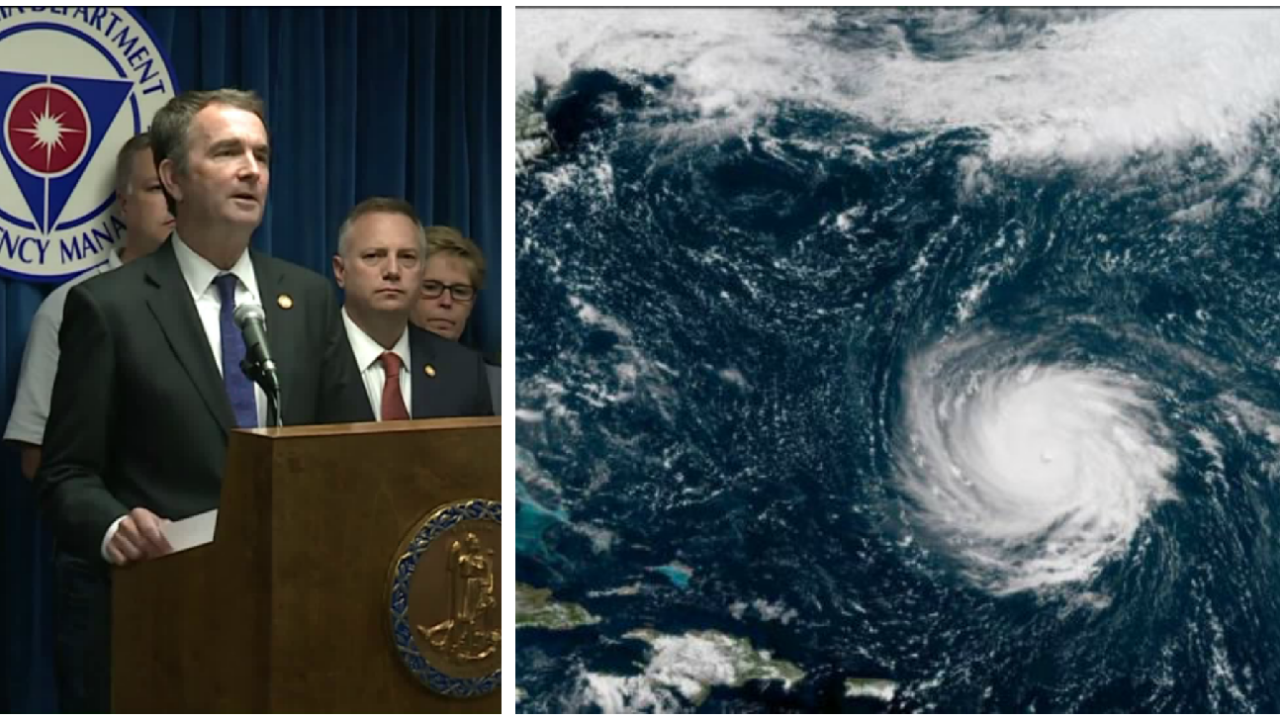 CHESTERFIELD COUNTY, Va. -- Virginia Governor Ralph Northam issued a mandatory evacuation for a portion of Hampton Roads and the Eastern Shore in preparation of the impact of Hurricane Florence.

“Based on that information, I have decided to order a mandatory evacuation of Zone A in Hampton Roads and the Eastern Shore,” Northam said Monday.

The evacuation will begin, Tuesday, September 11 at 8 a.m.

"Zone A is the lowest line and most flood prone area of the Hampton Roads and Eastern Shore," said Northam.

"I want to emphasize this hurricane is likely to have an impact statewide, not just our coastal areas. Southside, southwest Virginia are likely to be effective as well. Everyone in Virginia need to be prepared," said Northam.

State emergency officials said some areas of the Commonwealth could see catastrophic levels of flooding.

“We have seen projections, most recently this evening, upwards of 20 inches (rain) in some areas with generally eight to 10 and 12 to 15 inches across over half the Commonwealth,” said Jeff Stern, State Coordinator with the Virginia Department of Emergency Management.

“The largest threat to life from hurricanes is not the high winds. Flooding is the deadliest result of these storms,” he added.

If you need to find out which zone you live in, click here.

Depend on CBS 6 News and WTVR.com for complete coverage of Florence. Click here to track the storm with the CBS 6 Interactive Hurricane Tracker.

Depend on the CBS 6 Weather Authority